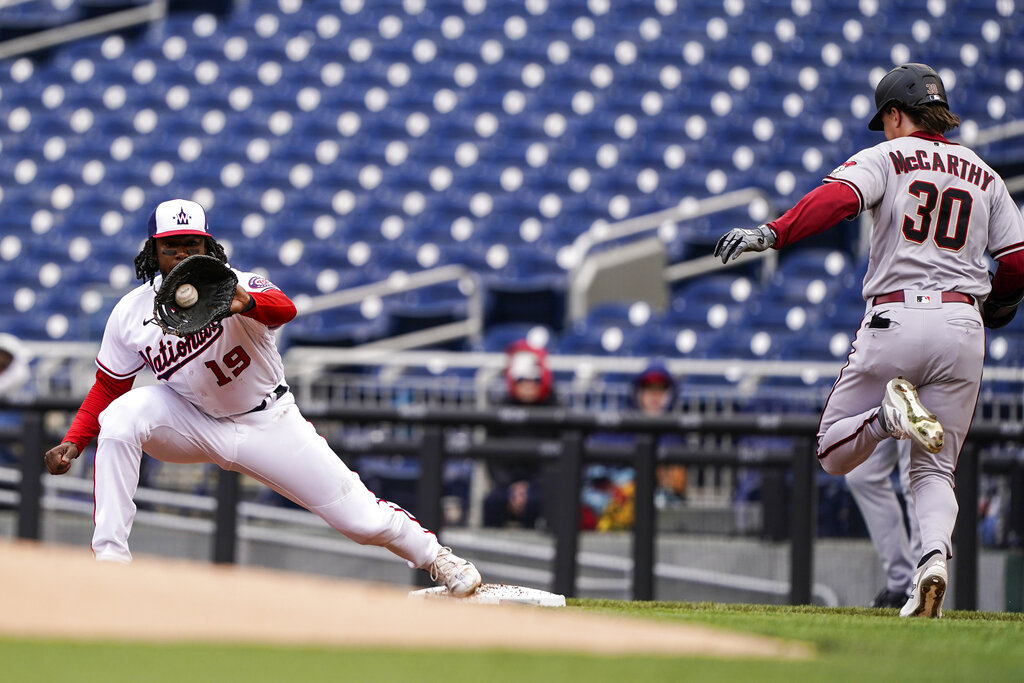 Entering Wednesday’s matchup with the Washington Nationals (6-6), the Arizona Diamondbacks (3-8) are on a three-game losing streak. The contest starts at 7:05 PM ET with the Nationals listed as -129 favorites, while the are +109 underdogs who may be heading for a fourth straight defeat. Washington’s Erick Fedde and Arizona’s Merrill Kelly have been named the starters for this contest.

We have the Diamondbacks on the moneyline at +109 on the moneyline as our best bet in this game after looking at all of the key trends and statistics for this matchup. Our computer picks see the scoring going over the total of 8 runs.