After a disappointing loss to the Boston Celtics that saw Golden State produce a season low 86-points, the Warriors probably thought they would have no trouble rebounding against the Minnesota Timberwolves Friday night. Even the most die-hard T-Wolves fan would have to admit the Warriors have the better roster between the two teams. Surely, Golden State can handle Minnesota—right?

In this case, the answer is no. It doesn’t always matter who has the better roster. It just matters whose roster plays a better overall game. Friday night, that honor went to the T-Wolves.

Steph Curry made a 17-foot jump shot to put the Warriors ahead 102-101 with 19 seconds left in the game. But on the ensuing possession, Andrew Wiggins was fouled, and after making both free throws, he gave Minnesota back the lead with 12 seconds left.

Plenty of time for the Warriors to get off one more shot, right? With the shooters they have, they could pull this game out still. That is unless they don’t. Steph Curry was able to attempt an 18-foot jumper but couldn’t make the shot.

“You take that shot that Steph got any day of the week,” Klay Thompson said after the game (NBCSports). “It went in and out.”

Missing shots has become the new norm for the Warriors big gun. Curry has struggled from three-point range for the last 13 games making just 29.7 percent of his shots. He’s been shooting even worse since Kevin Durant went down (27.7 percent).

Curry only made one of eight attempts against the T-Wolves, and it didn’t come until early in the second half. He ended up shooting a dismal 10-27 from the floor and recorded 26 points. He needed only 14 when the night began to pass his father, Dell, on the NBA’s all-time scoring list (in eight fewer seasons).

The loss drops the Warriors to 52-13 on the season and 2-4 since Durant was injured. Their conference lead has dwindled down to just 1.5 games over San Antonio with a game against the Spurs Saturday night.

While everyone counts at this time of year, Warriors head coach Steve Kerr has to balance the importance of winning a game now relative to making sure everyone’s not exhausted and in risk of getting hurt. It isn’t just any old game either. Should the Spurs win, they will win the season series and a potential tie-breaker should they end the regular season with identical records. 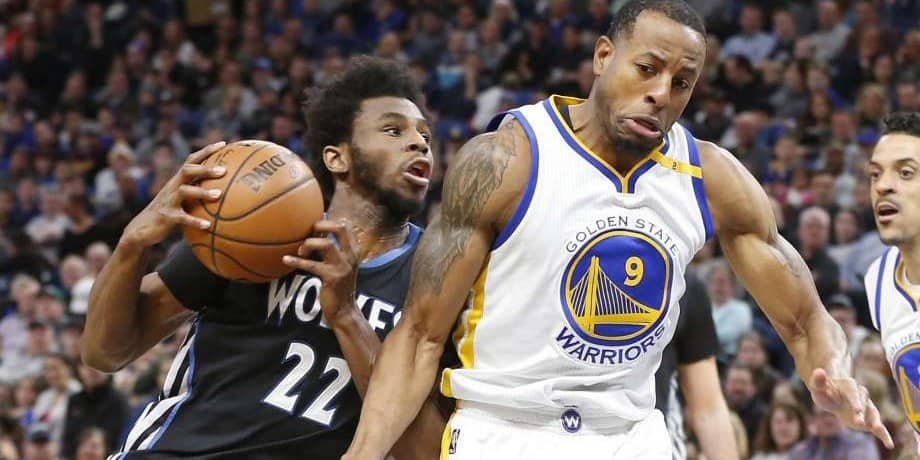 Losing home court advantage throughout the Western Conference playoffs would suck but that isn’t the worst of it. If they go in as the No. 1 seed, they will play a team with a sub-.500 record. As the No. 2, they will face either the Memphis Grizzlies or the Oklahoma City Thunder.

But it doesn’t appear that Kerr is too worried about any tiebreaker. He has announced that Stephen Curry, Draymond Green, Andre Iguodala, Klay Thompson will all have the night off in San Antonio Saturday night.

Kawhi Leonard will not be playing either since he is in the league’s concussion protocol.