When the Houston Cougars beat then-No. 3 Oklahoma in the season opener, the media and many longtime fans believed that the Cougars were back. They had proven they could run with one of the big dogs—and even kick one off the porch. While success is the ultimate goal, for a Group of Five schools like the University of Houston success can breed losing—head coaches, that is.

Tom Herman took over the Houston program before the 2015 season after serving as the offensive coordinator for the Ohio State Buckeyes the three previous seasons. The move paid off for Houston as the team improved from 8-5 the season before to 13-1—including a dominant 38-24 performance over Florida State in the Peach Bowl.

That kind of turnaround caught the eye of every larger program in the country—especially underperforming ones with budgets much larger than the University of Houston. He was expected to take any of a number of possible offers and leave Houston, but he opted to stay (but did get a raise).

After the win over Oklahoma, the speculation began yet again. It quieted down after the loss to Navy and then SMU—but it didn’t go away. Regardless of the slips, his ability to turn a program around and turn them into a competitor is clear. As the end of the season draws near, the speculation was bound to kick up once again.

Sure enough—Friday night it was widely reported that Herman was leaving Houston and taking over the LSU program.

Talk about unfair to the kids! The last thing Herman’s football team needed to hear prior to facing off against a good Memphis team Friday afternoon was that they were losing their head coach. Herman told reporters that the rumors were false and that no talks had occurred, but he’s expected to say that, and his players know that. 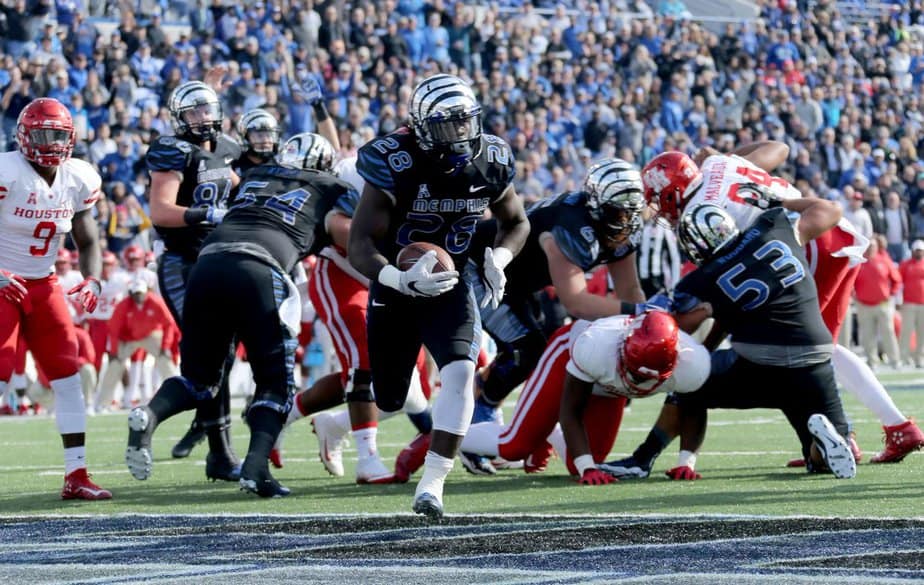 So is he leaving or staying? They can’t know for certain until whatever jobs he’s rumored to be taking are taken by someone else—and they had to go into Friday’s game with Memphis with that uncertainty. Did it affect the outcome? You hope not, but that’s one of those things we’ll never truly know.

The Cougars certainly didn’t bring their “A” game to the field in the first half of the game with Memphis. The offense did not do too bad, but the defense—which entered the game as the No. 10 unit in the country –could not stop the Memphis offense (which—to be fair—is pretty good). The Tigers scored on every offensive drive in the first half (two field goals and four touchdowns).

It was the first time the team had allowed more than 14-points in the first quarter under Herman (allowed 21). By the time the first half ended, the score was 34-17, Memphis, and it didn’t look promising at all for the Cougars.

But whatever Herman said to the team appeared to do wonders. Greg Ward and the offense came out clicking on all cylinders, and the defense got tough. Ward led the team to points on four of their first five drives of the half.

The defense did its part by making it much harder for Memphis just to get a first down (they had three in their first four drives of the half)—but they couldn’t hold. Memphis woke back up on offense after Houston took the lead. They scored touchdowns on their final two drives—including the game winner on a five-play drive that covered 72-yards in 1:10 that made the final score 48-44.

Despite Herman’s comments, the media has continued to run with every coaching rumor it can. After saying a deal was almost done with LSU, the word now is that he’s meeting with people from LSU on Saturday as well as Texas (because Charlie Strong is supposed to get fired Saturday morning). Houston has supposedly extended another extension to him that includes a seven-figure raise. 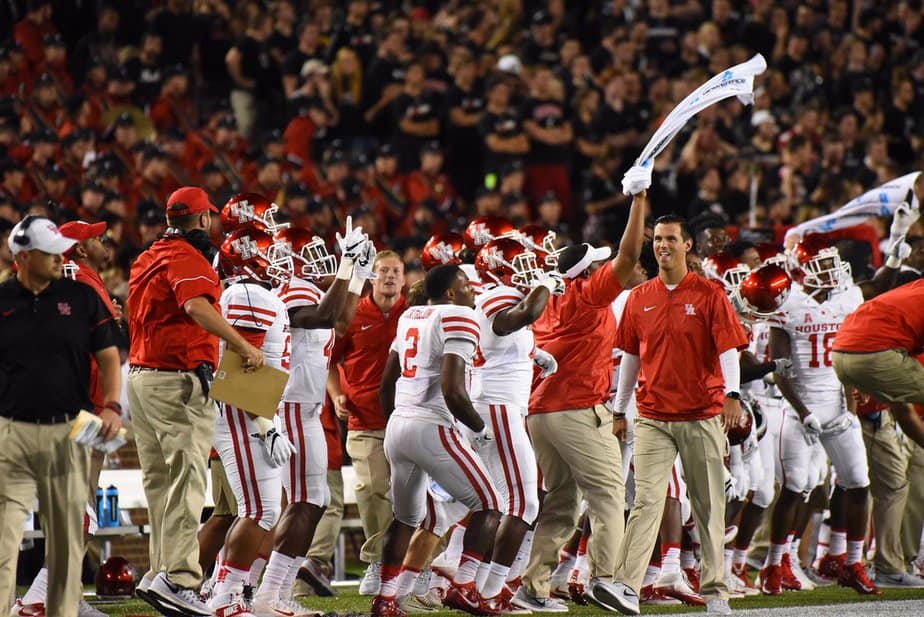 Will he stay or will he go? The only good thing about a possible departure is that the decision will be made soon. He’ll want to reassure recruits that have already pledged to Houston or get started on the recruiting trail for Texas or LSU.