It is not often that a team cheers for one of its hated rivals, but Thursday night the Dallas Cowboys were doing just that. They wanted the Philadelphia Eagles to win. If the Eagles were to beat the New York Giants, the Cowboys would lock up not only the division title but the No. 1 seed in the NFC (and home-field advantage throughout the playoffs).

So, yeah—the Cowboys had some pretty good reasons to back the Eagles Thursday night. But could the Eagles pull through for them? 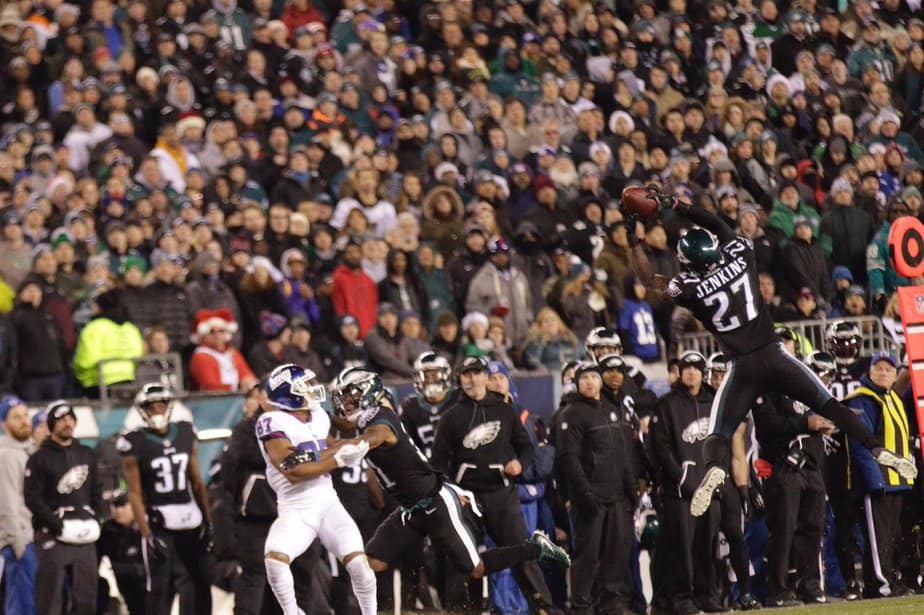 The last time the Eagles and Giants met, the Giants got out to an early lead, but the Eagles battled back late to make it interesting with the help of an Eli Manning interception—but still lost 23-28. This time, lot of things were the same, but many were different.

Philadelphia got out to a strong start by forcing the Giants to go three and out on their opening drive. Carson Wentz followed up the defense’s strong start with one from the offense—a seven play, 78-yard drive that ended with Darren Sproles making a 25-yard dash to the end zone.

Three plays into New York’s next drive Malcolm Jenkins stepped in front of an Eli Manning pass and returned it 34-yards for a touchdown giving the Eagles an early 14-0 lead.

Manning finally got the Giants on the board late in the first quarter with a long field goal drive (12 plays, 80-yards). The Giants would kick another field goal later in the quarter to cut the deficit down to eight points, 14-6. Both teams would add a touchdown before the half ended, Philadelphia with a 40-yard Wentz-to-Nelson Agholar pass and 13-yard one from Manning to Sterling Shepherd.

The second-half saw the Giants enjoy a little more success on both sides of the ball. They opened the half with another field goal drive to cut the gap to five, and when it appeared the Eagles were going to open it back up with another touchdown, the defense held firm with a big stop on fourth and goal from the one-yard line.

Little did the Giants know, but that would be the last really good play they would have for the rest of the game. Manning would throw his second interception of the night to Malcolm Jenkins on the next drive, and since the team couldn’t get anything going in the running game, Manning had to throw the ball 63 times, a new Giants single-game record.

“We expect as an offense to scored touchdowns,” said Manning after the game. “We got in scoring position a bunch and got too many field goals. We got off to a bad start and spotted them 14 points.” 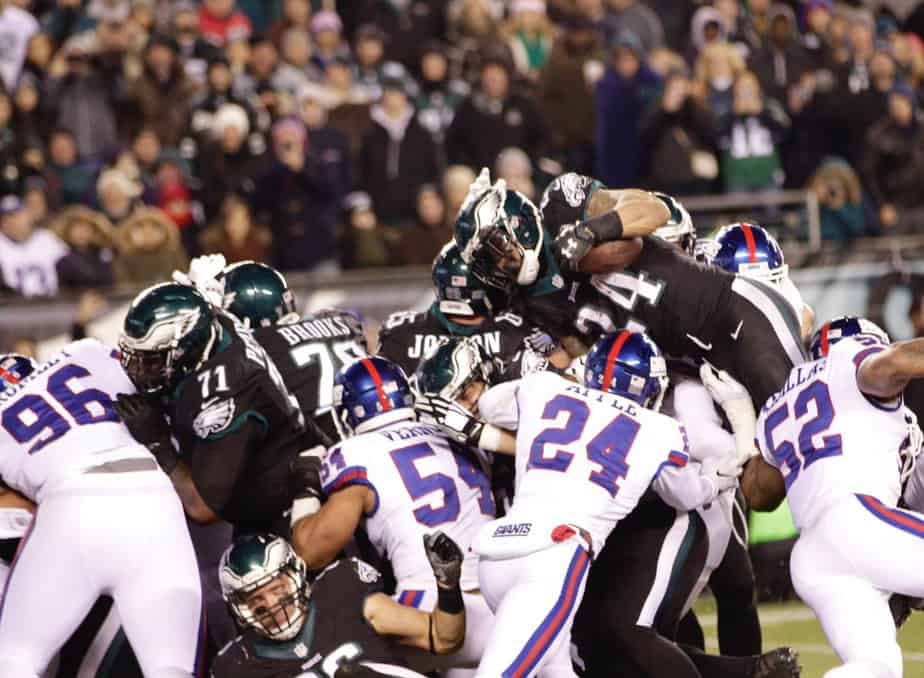 The Giants had one last chance to win when the Eagles punted the ball back with 1:31 to go. It appeared as if they might pull it off. Ten plays in, and they had moved within striking range at the Eagles 34-yard line.

But then Manning threw interception No. 3 on the night, this one to Terrence Brooks near the goal line.

“I knew they were going to come at me because I just came in the game,” said Brooks,”I made them pay. I was waiting on it.”

With the loss, the Giants can’t win the division any longer, but they are still alive for the playoffs—they just need a little help. To secure a spot this week they need either the Detroit Lions, Green Bay Packers, Atlanta Falcons or Tampa Bay Buccaneers to lose.

So—while their defeat may have locked up the division for the Cowboys it appears Dallas can return the favor with a win over the Lions Monday night.