Opinion is going to be widespread on this one. Many in the media and online are saying this is it for the Cowboy; it shows they are pretenders and not contenders. They do not have what it takes to make it through the playoffs, and that the rookies are starting to act like rookies. 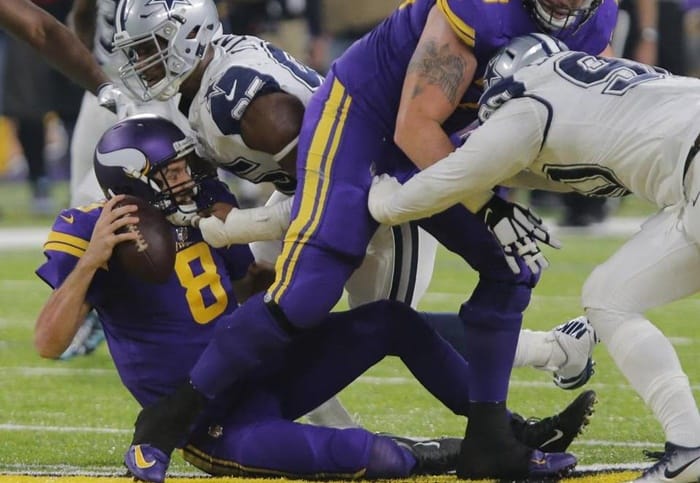 Some have credited the referees with helping the Cowboys win since the hit to Sam Bradford’s helmet was not called during the two-point conversion. Those folks must not have seen the plethora of holding flags thrown on the Cowboys (like the one that erased a 43-yard run by Ezekiel Elliot late in the first quarter).

Then there are others that are looking at the game as proof that the team does have championship mettle and that this game is proof of that. Sound crazy? At times the Cowboys were downright sloppy. They certainly put the ball on the ground way too much for a team that expects to win. They screwed up a simple center-to-quarterback exchange late in the game when every play is critical.

Had the Cowboys picked up the first down on that third and one play maybe the game doesn’t come down to a two-point conversion attempt.

So—how does a game like this prove they have what it takes to succeed in the playoffs?

Minnesota’s defense has kept the Vikings in many games, but it hasn’t played as well as it did Thursday night in weeks. They did a great job of converging on Ezekiel Elliot and tackling him before he could break into the open and put a fair amount of pressure on Dak Prescott too. For most of the season, the Cowboys offense imposed its will on every game, but the Vikings did not allow them to this time.

If they had a better offense, they probably would have won. The Vikings didn’t give up on the run, but they didn’t try too hard to establish it (19 attempts) either. Instead, the offense asked Sam Bradford to get the ball in the hands of its playmakers—and he didn’t do a bad job of it (completed 71 percent of his passes; 32-45).

However, since it’s well-known the Vikings can’t run and will use the short-passing game as a substitute, the Cowboys defended appropriately (most of the time) and limited gains. Maybe if the Vikings could run the ball, they could have scored a touchdown rather than kick one of their three field goals. 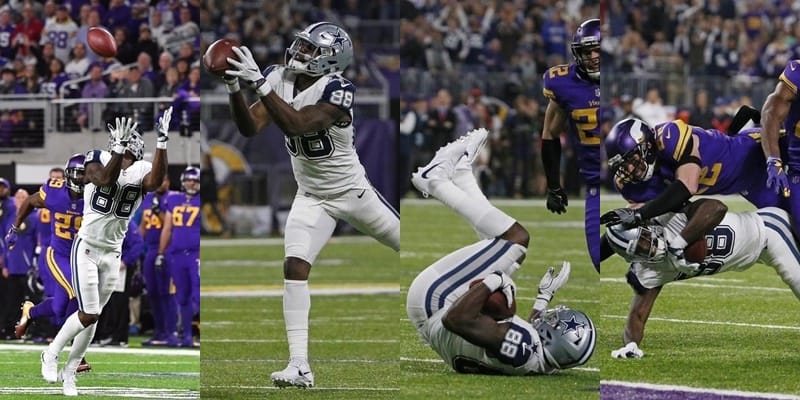 But their injury-riddled offensive line is terrible. It’s amazing Bradford has made it as long as he has without getting knocked out of a game (although he did miss a few plays at the end of the first half due to an injury).

Minnesota needed to come with its “A” game to have a chance to beat the Cowboys, and with what they can do—what they did could indeed be called their “A” game. They played great defense, moved the ball, and controlled the clock. Their performance would have been good enough to beat most of the teams in the NFL.

But not the Cowboys.

As much as we want the great teams to be great all the time, it is not possible. Sometimes, for any number of reasons, great players only play good or even play bad. It could be because they are not focused on what they are doing or maybe they were not prepared for the team challenging them to play as well as they did. Maybe they are thinking too much about their fancy new cleats or what to get Mom for Christmas—or maybe they just had a bad game. All the greats have at one time or another.

But what makes them truly great is not the ability to be awesome all the time, but the ability to recover from a bad play or a bad quarter, half, or from playing poorly for most of the game and get the job done when it matters most. Great teams can recover from making mistakes and still find a way to win.

You could say the Dallas offense did that when it scored a touchdown a play after the special teams recovered a fumble. You could certainly say the defense did so each time they held Minnesota to a field goal and on the final play when they denied the two-point conversion attempt. 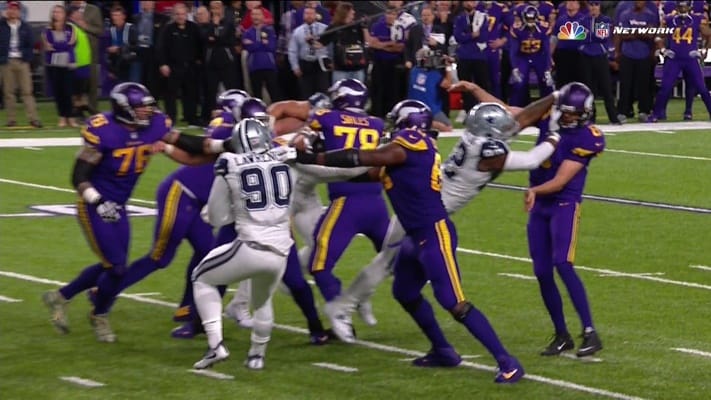 Maybe Minnesota should have had another attempt at it because of the penalty that wasn’t called, but in the end, the defense got the job done when it mattered most. That’s what champions do. They get the job done even when they are not at their best. They overcome adversity–whether it’s self-imposed, by the refs, or the opposition–and find a way to win.

Dallas certainly did that.