It has been a long, arduous season for Texas A&M fans. Expectations were not high to start the season, but then something unexpected happened—the Aggies won games against good opponents. The defense played well, and Trevor Knight looked good; not great, but good enough when combined with the team’s running game.

The team got out to a 7-1 start with the only loss coming against Alabama earning them a spot in the College Football Committee’s top four—but then they lost Trevor Knight to an injury and were upset by Mississippi State.

Despite the upset by an unranked team, the Aggies didn’t fall far in the CFB Committee’s poll (No. 8). When No. 2, 3, and 4 all lost the following week, there was an opportunity to get back in the playoff hunt with a win over Ole Miss—but then they gave up 23 points in the fourth quarter to a freshman making his first career start and lost.

A win over UT-San Antonio brought their record to 8-3, but the victory was less than inspiring. Yes, Myles Garrett looked to be back to his beastly self with 4.5 sacks, but the offense struggled against a defense that had been giving up over 29 points a game, but the No. 72 defense in the country was able to force the No. 31 offense in the country to settle for three field goals.

It was kind of a bummer. The fans needed a nice blowout to lift their spirits and give them a reason to believe their team will be able to handle LSU when the Tigers come to College Station on Thanksgiving.

They may have been given what they were looking for during Monday’s press conference—Trevor Knight might play.

Knight wasn’t expected at the press conference, but was even more unexpected was when he stated he feels like he could play. It’s just up to the doctors to say his shoulder is healed enough to play.

The news comes as a surprise since Kevin Sumlin seemed adamant that Knight might return for the bowl game, but even that was iffy. But could Knight be ready? It’s hard to tell since Sumlin doesn’t share details of injuries. All we do know is that it was an AC joint sprain which can take anywhere from 2-8 weeks to recover from.

So theoretically—he could be healthy enough to play. 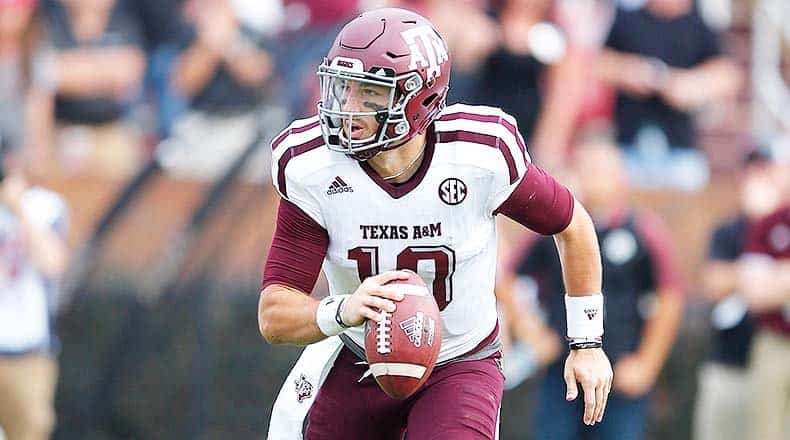 Sumlin is still saying that Knight is out for the regular season. He’s not surprised Knight wants to play but says his health and safety are what’s important. Offensive coordinator Noel Mazzone told reporters Knight’s been talking about returning for the last three weeks.

But the Aggies may not have a choice. As it turns out, Jake Hubenak is dealing with a shoulder injury he suffered against Ole Miss. It was severe enough to keep him from throwing in practice last week. Mazzone said Hubenak  “is not 100 percent comfortable with his arm strength.”

If neither could play the Aggies would be forced to go with a freshman or senior Connor McQueen—who has one career pass attempt (a completion) for one yard.

Even if Knight does play, it will not be easy to defeat the Tigers. Knight will give the team a better offense, but they will still have to deal with an LSU defense that has only given up 308 yards and 14 points a game.

An even bigger concern will be stopping either of LSU’s running backs. After playing on his injured ankle last week, it would be surprising to see Leonard Fournette play this week. He let his emotions get the best of him following a confrontation with a Florida coach before last week’s game, and played terribly. The team could use him, but it would be better for his future if he sat out. 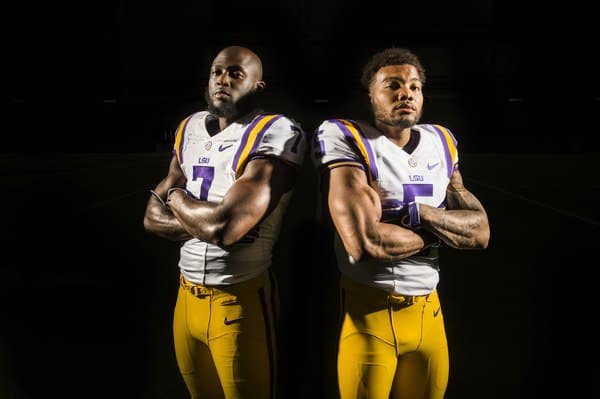 But Guice would not be easy to stop either. Last year, while sharing time with Fournette (who had 159 yards) he ran for 73 yards (10 carries) against A&M. This year he has carried the ball 120 times for 964 yards and ten touchdowns, but his production has been all over the place. In games where he had at least 16 carries, he has averaged anywhere from 3.6 to 12.0 yards per carry.

With or without Knight, the path to victory for A&M would be easiest if the Aggies can get out to a big lead by halftime forcing the Tigers to pass (which LSU is terrible at) more than they’d like to in the second half. It will also be imperative for the Aggies defense to bend but not break. That was the key for Florida last week and will be critical for the Aggies (whose red zone defense is ranked No. 7 in the nation) this week.