There is no denying that Russell Westbrook is one of the best players in the NBA today. Many consider him the obvious choice for league MVP this season. In a way, he helped and hurt his case for the honor Friday night against the Phoenix Suns.

He needed six assists on the night to ensure he’d finish the season averaging a triple double—he got eight. In doing so, he becomes just the second player in NBA history to accomplish the feat. Surely such an accomplishment would make him a shoe-in for MVP, right? 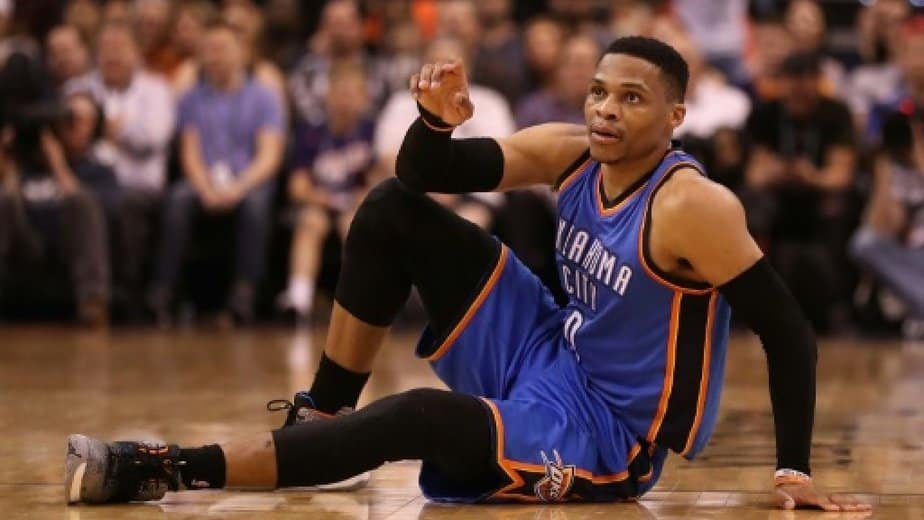 While the individual accomplishment is a great one, when it comes to the league MVP, the voters tend to lean towards someone whose great season held more value to his team—and made his team great. While Westbrook’s season has meant the world to the Oklahoma City Thunder, the team is far from great.

Good—yes. But great—no way. That much was evident Friday night when they lost to the lowly Phoenix Suns 120-99.

The Suns entered the game riding a 13-game losing streak but took control of this one early and never looked back. Phoenix got out to a 32-19 lead after the first quarter and rolled on to a 71-48 lead at the half. Oklahoma City shot a dismal 39 percent from the floor while Phoenix shot 61 percent.

Russell Westbrook didn’t make a shot until there was less than a minute left in the half. After two-quarters, he shot 2-13, went 0-4 from three-point range, had seven rebounds, three assists, and six turnovers.

His night never really got any better. When the game ended, he was only 6-25 from the floor, 2-12 from three-point range, had 12 rebounds, but only had eight assists.

You could tell someone let Westbrook know where he stood regarding averaging a triple double. He recorded the three assists he needed on the team’s first three possessions of the second half. However, he only recorded two more assists the rest of the night.

So, for the second game in a row, he missed out on recording a triple-double after recording one for seven consecutive games. He has three chances left—two against Denver and one against Minnesota– to record No. 42 and break Oscar Robertson’s record.

Fans have been getting behind Westbrook’s push for the triple-double mark and have been cheering him on even when the Thunder are the visiting team. They do in Phoenix; something that did not sit well with Suns’ Devin Booker:

“I’m at my home arena, and you hear chants to another guy. I totally respect Russell. He brings it each and every night. You can’t discredit what he’s been doing. I’m sure he’s gonna pass Oscar for the most triple-doubles, but I just didn’t want that to be here,” Booker said to reporters after the game. “I took that personal. I’m sure if someone’s chasing a record in OKC, he’d feel the same way.” 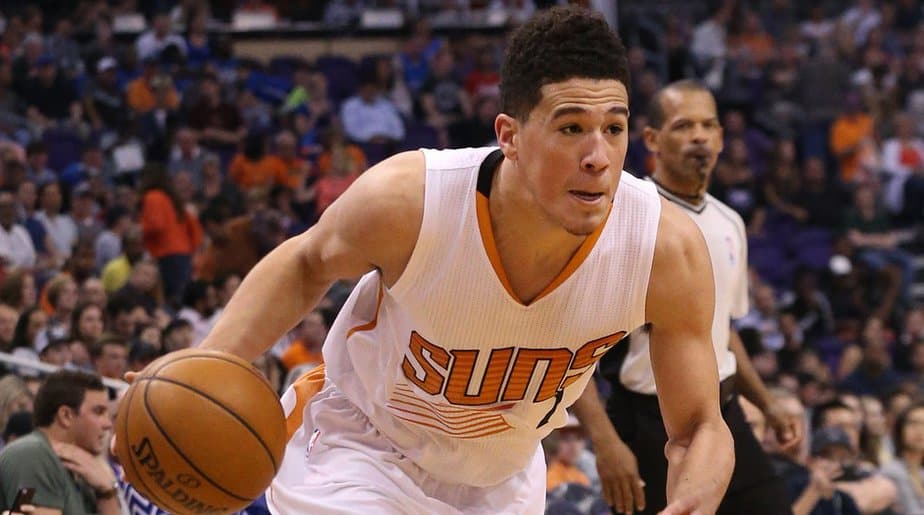 Booker gave fans a show by scoring 21 of his 37 points in the fourth quarter. TJ Warren chipped in 23 points.

Westbrook’s pursuit of triple double No. 42 will continue Sunday afternoon in Denver. Phoenix will try to keep the good times rolling against the Dallas Mavericks, also Sunday afternoon.