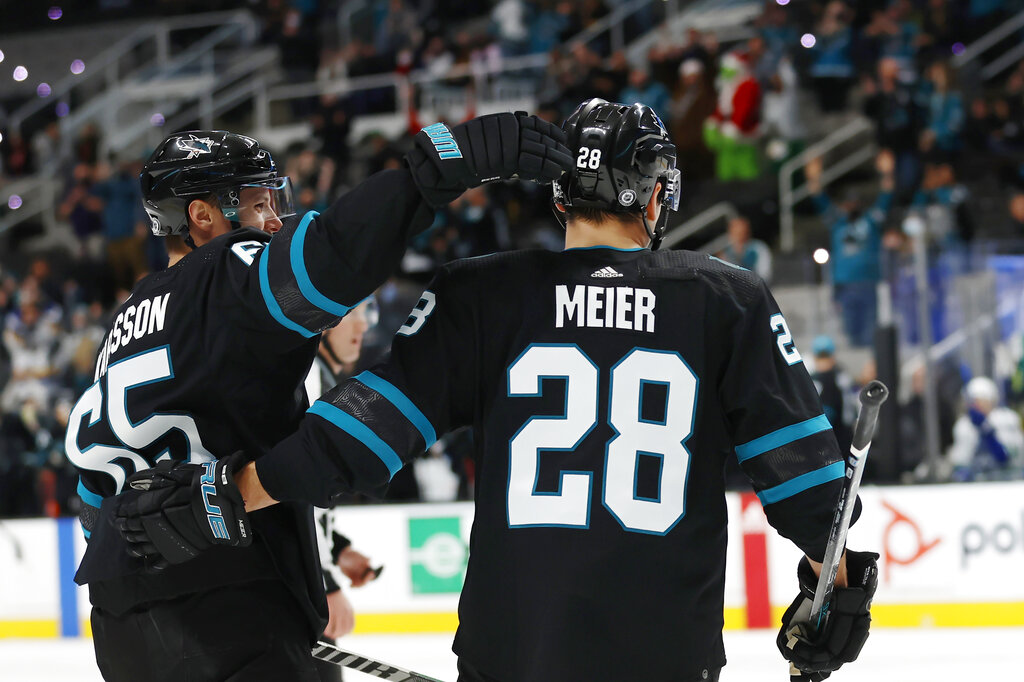 The St. Louis Blues (46-20-11) will visit the San Jose Sharks (30-34-12) on Thursday at 10:30 PM ET, in a matchup featuring two teams residing at opposite ends of the Western Conference. Blues (-182) at Sharks (+150) looks like a mismatch, according to the moneyline odds. Find more below on the Blues vs. Sharks betting line, injury report, head-to-head stats, best bets and more.

Computer Predictions for Blues vs. Sharks

Betting Tips for Blues vs. Sharks

We have the Blues listed as our best bet on the moneyline in this contest, and our pick against the spread is the Blues (+). Our computer model has the scoring going under the total of goals when it’s sorted out on the ice.