NBA fans in San Antonio knew they were in for an exciting game Monday night. Games against in-state rivals that also happen to be in the same division are always good games—but this one had a little more. It also featured two of the top candidates for league MVP this season, Houston’s James Harden and San Antonio’s Kawhi Leonard.

By the time the night was done, fans knew they had watched something extraordinary—a statement game by the future MVP. 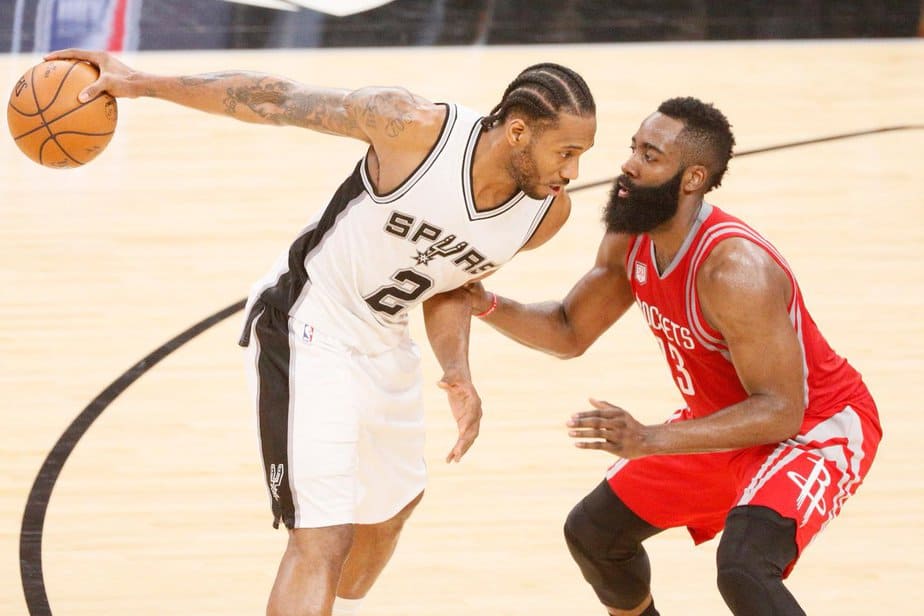 Anytime the No. 2 (San Antonio) and No. 3 (Houston) teams in a conference face-off the hope is that the game will be a close, hard-fought contest where each team—especially their superstars–play their best. In this case, neither team disappointed.

But going into halftime, Houston had a 54-47 lead. With 23 points and seven assists in the first half, it definitely appeared that James Harden was going to be the one making the MVP statement.

Both teams came out strong in the third quarter. When it was over, Houston still had the lead, but the Spurs had reduced it to only a point. It was then—in the fourth quarter—that the real MVP statement was made.

When his team needed him most—in the final quarter, with the game on the line—Kawhi Leonard pulled through. He scored 17 of his 39 points in the final 12 minutes of the contest and saved his absolute best for last. With time winding down and his team behind by two, Leonard hit a 25-foot three-pointer to put the Spurs up 110-108—but he didn’t stop there.

With 25 seconds on the clock, Houston had time to take the ball down court and choose their shot. As could be expected, with the game on the line, Houston put the ball in the hand of its MVP candidate, James Harden. It appeared that he was going to make a layup and send the game to overtime, but Leonard blocked the attempt!

“I saw him get an easy lane to the basket and just tried to chase him down and time the layup,” Leonard said after the game. “David Lee did a good job of not letting him really get athletic and just keeping a body and (going up) just straight. It let me get the ball.”

Nene pulled down the rebound and attempted his own layup, but LaMarcus Aldridge blocked it to preserve the lead for San Antonio.

Russell Westbrook and James Harden are talked about more as MVP candidates, and both have deserving cases. Neither has a star-studded line-up behind him, and both are putting up incredible stats, But their stats are not leading to the one thing that matters most—wins.

What does it matter if one player generates insane stats because he is the driving force behind his team if the team is not that good? Being the best guy on a mediocre team does not make a playerHouston and Oklahoma City happen to be playoff bound teams, at the moment (No. 3 and No. 7). 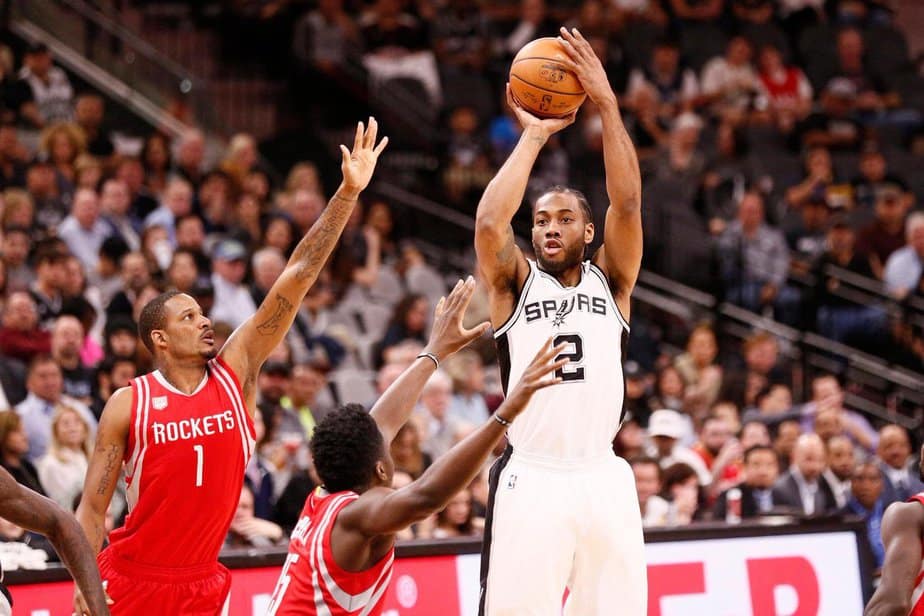 Oscar Robertson, who averaged a triple-double back during the 1961-62 season, did not win the MVP that year.

After the game, it took some time before Leonard could be made available to the media. He had to take a random drug test first. Players are subject to four random tests during the season.

San Antonio ended up winning the season series between the two teams, 3-1, but three of the games were decided by two points (and the fourth by six points). Fans will be in for a treat if these two meet in the conference semifinals.