Spurs-Nets Recap: No Kawhi, Tony, Manu, Or Pau, No Problem For San Antonio

Having a roster of talented veteran players can be a very good thing for a team except for one thing—older guys can’t handle the wear and tear of the NBA schedule as well as their younger counterparts can. As a result, injuries can test a roster from time to time forcing teams to see what their reserves can do

That was the case for the San Antonio Spurs when they faced off against the Brooklyn Nets Monday night, and as it turns out, the reserves for the Spurs are not half-bad. 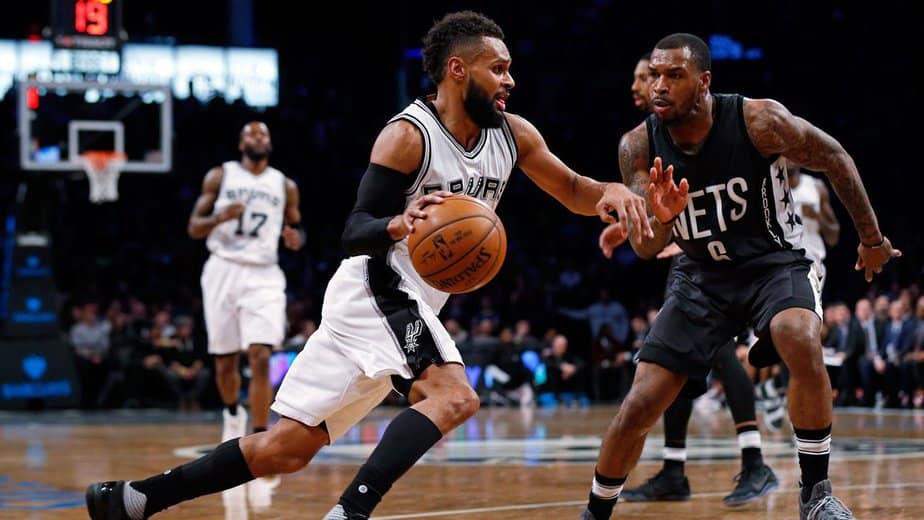 Kawhi Leonard was out with a sore hand (hmmm…aka rest). Manu Ginobili was out with back spasms. Tony Parker has been battling a foot injury and Pau Gasol is out indefinitely due to a broken hand. That left LaMarcus Aldridge to carry the load along with the team’s role players—and they did just fine.

After the first period, the Spurs held a one-point lead, 27-26, but the game didn’t remain close for long.  They traded the lead back and forth a couple of times in the second period, but thanks to a late 9-2 run the Spurs were able to take a 10-point lead into halftime, 52-42, and blew the game wide open with a 39-point period.

“Everyone gets excited to be able to get the chance to get out there and play, but nothing changes,” Mills said. “The game plan’s still the same, what’s expected of us is the same, so it’s just that opportunity. But there is that excitement when we do it the right way, play the right way, share the ball and everyone does their little piece.”

San Antonio ended up having seven players score in double figures, four off the bench, as the team won easily, 112-86, over a poor Nets team that was also a little injury-depleted. Chris LeVert had the night off for rest, Joe Harris was out nursing an ankle issue, and Jeremy Lin has been dealing with a hamstring injury.

After the game, the team announced Lin would be out for another 3-5 weeks.

Nets head coach Kenny Atkinson didn’t try to use their injury issues as an excuse after the game:

With the win, San Antonio improved to 19-4 on the road and have scored 100+ points in their last 21 games; their longest such streak since 1995 when David Robinson was still in his prime.

The Spurs will look to make it five in a row and 3-0 on the road when they travel north of the border to take on the Toronto Raptors Tuesday night. Brooklyn will look to end their losing streak and win their tenth game of the season Wednesday night when the Miami Heat come to town.