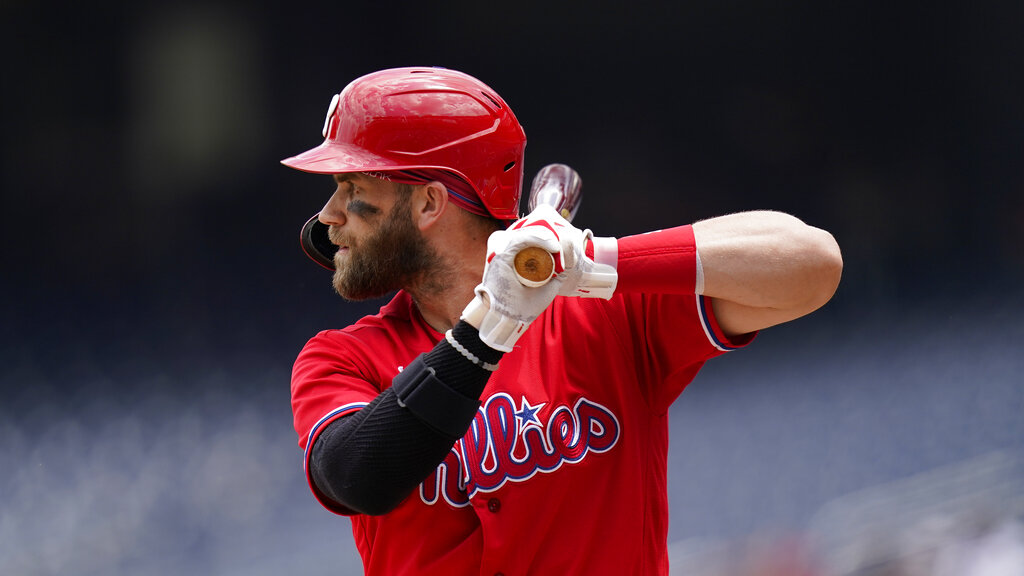 Bryce Harper, batting .325 this season, leads the Philadelphia Phillies (37-34) into a matchup with one of the league’s other top hitters, Manny Machado (.328 AVG) and the San Diego Padres (44-28). Harper and the Phillies are -131 favorites on the moneyline for the matchup at PETCO Park, beginning at 9:40 PM ET. Neither team has named a starting pitcher for the contest.

Computer Predictions for Phillies vs. Padres

We have the Padres on the moneyline at +112 on the moneyline as our best bet in this game after taking a look at all of the key statistics and trends for this matchup. Our computer picks see the scoring going over the total of 7 runs.