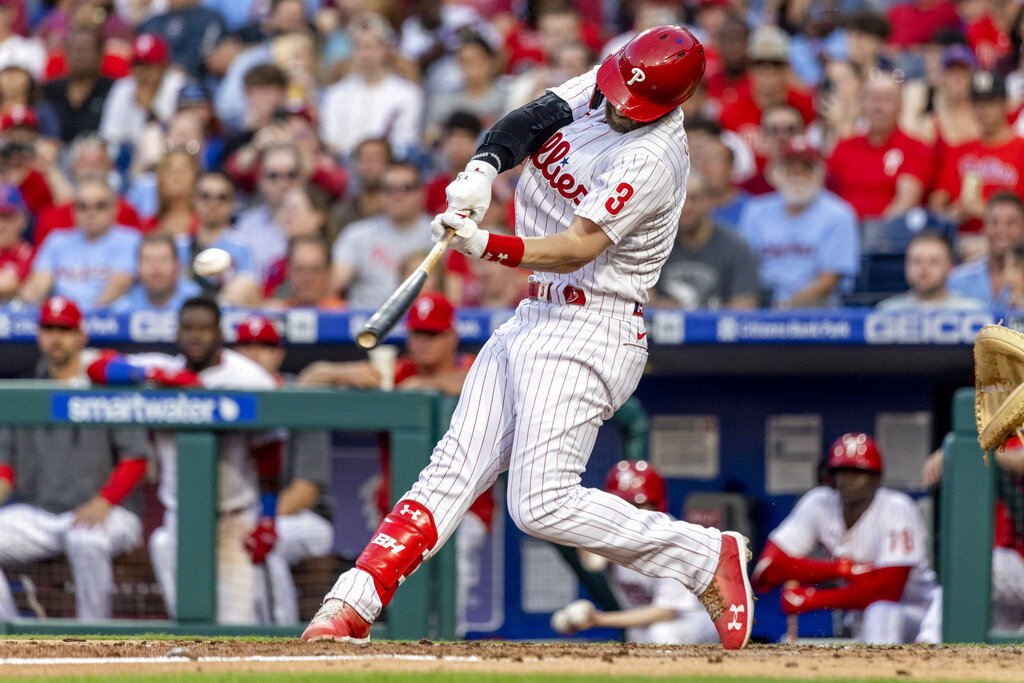 The Philadelphia Phillies (31-31) and Rhys Hoskins (four hits last time out) are favored (-135) on the moneyline for their matchup with the Miami Marlins (28-32) on Wednesday at 1:05 PM ET. Kyle Gibson gets the starting nod for Philadelphia while Pablo Lopez is Miami’s starter for the contest.

Computer Predictions for Phillies vs. Marlins

Betting Tips for Phillies vs. Marlins

Our best bet is the Marlins on the moneyline at +115 after taking a look at all of the key statistics and trends for this matchup. Our computer predicts the scoring will over the total of 8.5 runs.