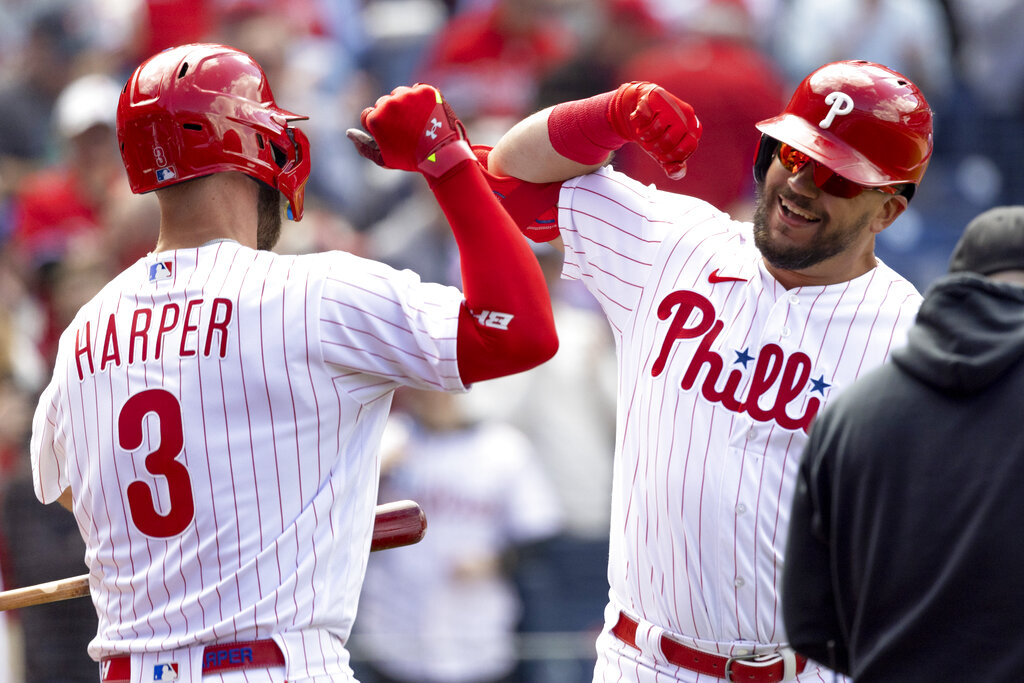 An NL East matchup Monday features the second-place Philadelphia Phillies (2-1) hosting the first-place New York Mets (2-1). The Phillies (-145) are listed as favorites for the game, which gets underway at 6:45 PM ET from Citizens Bank Park. Philadelphia’s Ranger Suarez gets the start, and he’ll go against New York’s Taijuan Walker.

Computer Predictions for Phillies vs. Mets

Betting Tips for Phillies vs. Mets

After digging through all of the key trends and statistics for this matchup, our best bet is the Mets on the moneyline at +125. Our computer prediction sees the scoring going under the total of 9.5 runs.