The Philadelphia 76ers have stunk for years. Not just stunk—they’ve been downright terrible. They’ve redefined the concept of “stinking.” How else can you describe a team that has won just 47 games over the last three seasons?

So, when the Portland Trail Blazers took the court against the 76ers Friday night their fans probably expected the team would leave the City of Brotherly Love with a win—but they didn’t. 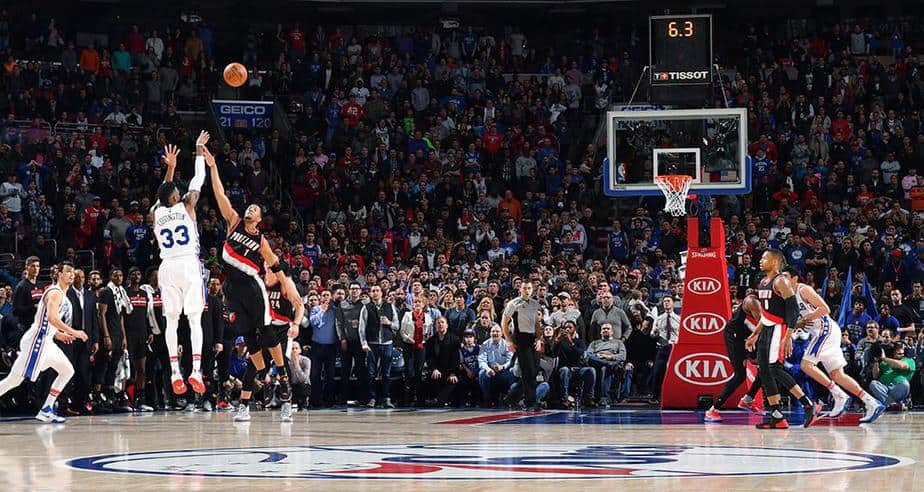 A strong first period led to a 13-point lead for the Trail Blazers at the half, 56-43, but then the craziest thing happened. The 76ers mounted a comeback in the third period, took a brief lead, but by time the final period started the Trail Blazers were back on top by a point, 71-70.

Portland quickly stretched the lead back out to eight, but when Mason Plumlee hit his second of two free throws with 58 seconds to play, he put the Trail Blazers up by four, 91-87. Robert Covington hit a three-pointer with 38.2 seconds left to pull the team within one, then hit another with 4.5 seconds left to put the 76ers on top, 93-92.

“I’m a fighter,” Covington said after the game. “That’s what I’ve been my whole life. Fans were booing me at one point. I just kept working, that’s the main thing. I’m not going to let that deteriorate my game.”

Mason Plumlee had a chance to salvage a win for Portland but missed a layup.

Covington finished the game with 22 points after shooting 8-17 from the floor (5-12 from three-point range). Ersan Ilyasova led the team in scoring with 24 points, six rebounds, and two assists. Damian Lillard led the way for Portland with 30 points.

The loss extends the Trail Blazers’ losing streak to four games. With the win, Philadelphia has a three-game winning streak and has won eight of their last 10.

Philadelphia’s new favorite son, Joel Embiid, gave fans a bit of a scare. He had to leave during the third period with what was eventually described as a left knee contusion. He returned at the start of the fourth but was removed a few minutes in for precautionary reasons. 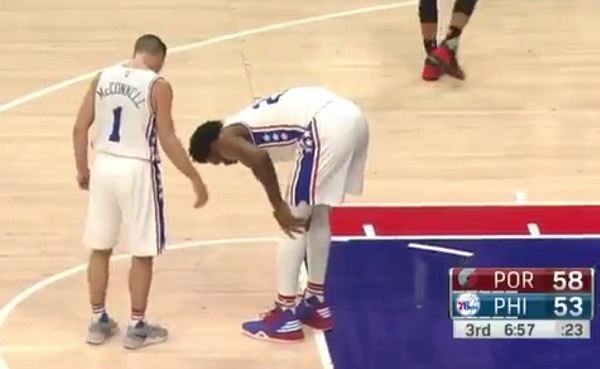 The third pick of the 2014 Draft has been invaluable to the 76ers since making his debut this season. After having to wait two years to see him play finally (foot injury), it is not hard to understand why they wanted to be cautious with him.

“You’re concerned,” head coach Brett Brown said after the game. “He plays with such reckless abandon, I think we’re going to be feeling this regularly. That’s just who he is. As he plays more basketball and continues to grow, he will not avoid those situations but manage them a little more.”

Embiid, or “the Process” as he is known in Philadelphia, certainly made his presence felt in the 22 minutes he was on the court with 18 points, ten rebounds, five assists, and four blocks. However, due to his early departure, his streak of games with 20 points ended at ten, one short of matching Allen Iverson’s rookie mark.

The 76ers are still a long way from making the playoffs, but at least they are a lot more fun to watch.