Washington has been an “okay” team for the last few years but has not been among the upper echelon till this season. But this year, with Stanford, Oregon having down years, a void was created at the top of the North Division—which the Huskies were more than happy to fill.

While they deserved to make it to the championship game, they didn’t get much national respect along the way. They were overlooked for Texas A&M in the first CFB Playoff Committee poll because they hadn’t played a tough enough schedule. Had Clemson, Louisville, and Michigan not lost games late in the season, they would probably still be on the outside looking in. 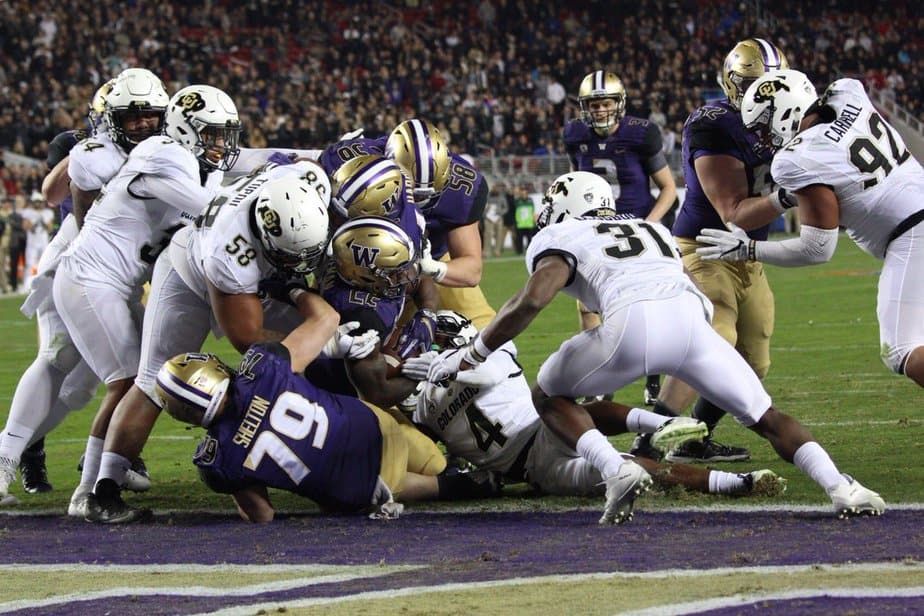 Despite being in the top four right now, the Committee could very well decide that they are not worthy in the end. They could decide Michigan makes for a better Final Four or Clemson (if they lose to Virginia Tech) or maybe the winner of the Big Ten Championship (Penn State or Wisconsin).  The Pac-12 Champion didn’t make it in last season. What’s to say the Committee will find them worthy this season?

The game was close in the first half. Washington struck first with a one-yard touchdown run by Lavon Coleman to finish off a seven-play drive. Colorado was not able to answer on its opening drive, but more importantly—they lost their starting quarterback, Sefo Liufau, to an ankle energy.

Steven Montez as forced into action as a result, but he had played well earlier in the season, so the Buffaloes were not worried. He led the team to a touchdown on his first drive, so it appeared as if Colorado was still in good shape.

But the Washington defense clamped down on the Buffaloes for the rest of the half, and they didn’t score again. Jake Browning connected with Darrell Daniels from 15-yards out late in the second quarter to give the Huskies a 14-7 lead at the half.

Colorado fans got good news when it was announced that Sefo Liufau would be starting the second half, but the good news quickly became bad. Liufau threw an interception on the first play of the opening drive, which Huskies defensive back Taylor Rapp returned 35-yards to give Washington a 21-7 lead.

Rapp intercepted Liufau on the next drive as well, setting the Huskies offense up on the Colorado 25-yard line. Six plays later the lead was extended to 24-7. 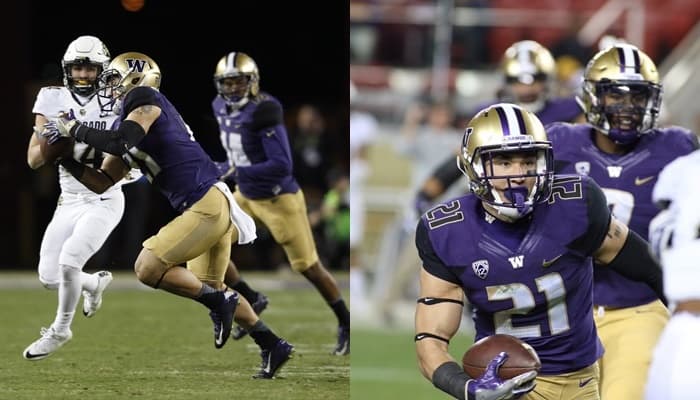 If Colorado was going to have a chance, they needed to make something happen—and soon. But the Washington defense proved to be too much. Colorado got a boost towards the end of the quarter when Anthony Julmisse returned a kick-off to the Washington two-yard line. But Colorado was forced to settle for a field goal. Liufau threw his third interception of the game to close out the quarter with his team behind 31-10.

Colorado would lose yards on their final two drives. Washington tacked on another touchdown to make the final 41-10.

Liufao had his worst game as a starting quarterback completing just three of his 13 passes for 21 yards and three interceptions. He had only thrown three picks the entire season.

Jake Browning didn’t have a great game either (9-24, 118 yards, two touchdowns). But he didn’t need to with Myles Gaskin and Lavon Coleman combining for 260 yards and a touchdown on the ground in 47 carries, and the defense holding Colorado to just 163 total yards. 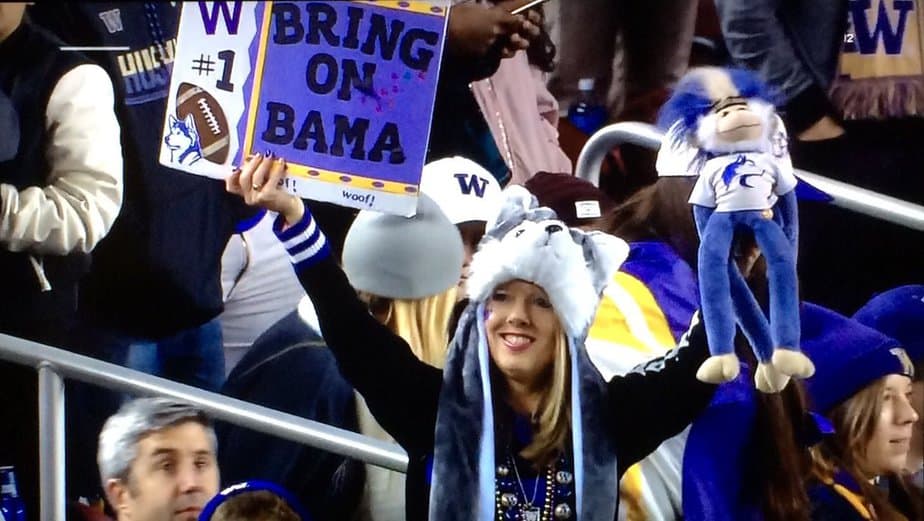 Barring an epic meltdown by Alabama in the SEC Championship game, it looks like the fans are going to get their wish.