No One Cares If You’re Having Fun Cam Newton

Carolina Panthers quarterback Cam Newton will be the first to tell you that he is young and still learning a lot. Whether he has the people around him that can help learn only he knows, but they failed him Sunday if he does. How so? Someone should have told him that going off about getting hit and talking about calling the NFL commissioner is only going to paint him as a whiner that puts himself over the team.

That—and it will accomplish nothing.

The Panthers put an end to their four-game losing streak with a 30-20 win over the Arizona Cardinals, but rather than praise his teammates for playing well he complained about not having fun anymore or feeling safe (NFL):

“It’s really taking the fun out of the game for me honestly,” Newton said after the game. “Because at times, I don’t even feel safe. And enough is enough. I plan on talking to Commissioner Goodell about this. But it’s not fun. And I don’t know what I have to do.”

The hit that drew the most attention was one that appeared to be clearly late by Arizona Cardinals defensive lineman Calais Campbell—a shot to the knees that he felt could have resulted in a torn ACL for him. He referred to it as his “breaking point.”

He continued with a pretty nice rant about him not getting the calls he feels other quarterbacks get, referring to the league’s stance on the issue as “horse crap” and “bull crap” several times:

“The story of my life ever since I came in is, ‘Oh, oh well we missed that one, I’m sorry, we’ll try to get it.’ That’s bull crap, that’s bull crap. As players in this league, we do something stupid, we get fined. If we do something derogatory to somebody else, we get fined. I just can’t keep accepting, ‘Oh we missed that one’ or ‘I apologize for doing that’ or ‘I didn’t see it,’ — that’s horse crap. That’s horse crap…”

This is not the first-time Cam Newton has been vocal about a lack of calls. Last season he complained to referee Ed Hochuli during a game He claims Hochuli responded by telling him he “wasn’t old enough” to get the call. Hochuli denied the allegation and the NFL chose to believe him.

Whatever the reason for the lack of calls (race, size, poor interpretation of the rules, etc.–if there is one), he should have kept his mouth shut here. Not because his opinion isn’t valid and not because he put the focus on himself over the team, but because nothing good will come from his rant. 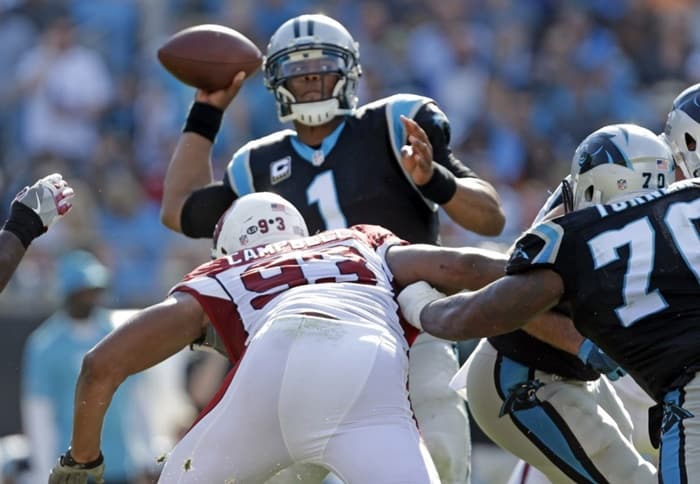 What does he think Roger Goodell is going to do? Tell the refs to start being fair to Cam? No! Even if he thinks Newton has a point, if he reacts to it in any way, Goodell will be sending a message to every player in the league:

Think you are being treated unfairly? Come talk to Uncle Roger, and he’ll take care of it.

Goodell is not going to do anything. Reports surfaced Sunday night that the NFL’s position would be that 11 other guys have more room to complain about non-calls than he does. If that’s true, it doesn’t look good for the league, but it also makes Newton look like he can’t handle the game.

But he’s not having fun. He doesn’t feel safe. So what? He gets paid very well to play a game. Yes, games are meant to be fun, but when you get paid like he does it doesn’t matter how much fun he has. He just has to perform.

It’s not like the inherent danger associated with playing football is not well known or that he is subject to an extraordinary amount of it.

Newton has been sacked 16 times this season and taken 46 hits in seven games. Tack on the 38 carries he’s had, and that comes out to 100 plays where people made physical contact with him this season (not counting plays where he might have tried to throw a block).  His offensive linemen have been hit on 475 times this season (every offensive play). Without them, he wouldn’t get very far. 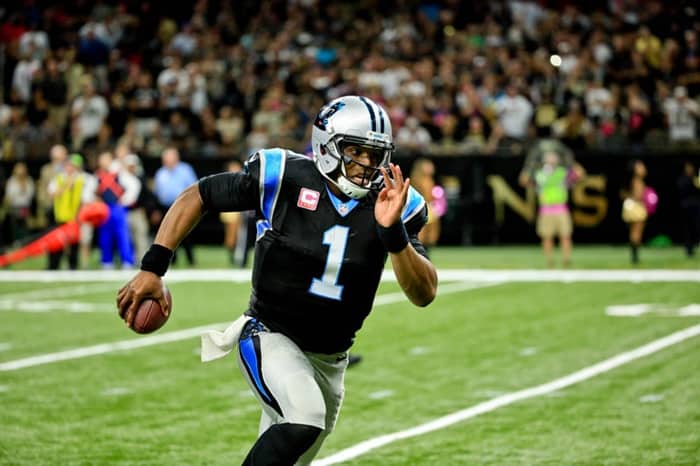 Against the Cardinals, he was sacked once, carried the ball seven times, and the Cardinals defense recorded four hits. That means another player made physical contact with him on 12 of Carolina’s 64 plays. The offensive linemen were hit on all 64. The defensive linemen were hit on all 64 of Arizona’s plays. Jonathan Stewart was hit on at least 25 (the number of carries he had; not including times he served as a blocker.

Most players are hit more than 12 times a game. It’s called football. You get hit when you play football, and there will always be an injury risk associated with the game no matter how the league attempts to legislate contact out of it.

If Cam Newton is concerned about getting hit and possibly getting injured, he can only do what Chris Borland and several other guys have done in recent years at a young age—retire.

In the meantime, he better prepare himself to get hit like he has never been hit before. Thanks to his rant, the target on him has grown exponentially, and every defensive player in the NFL is going to gun even harder to hit him—because they now know that they can get in his head if they do.