The Week 7 of the NFL kicks off with the Green Bay Packers hosting the Chicago Bears at the Lambeau Field on Thursday Night Football. 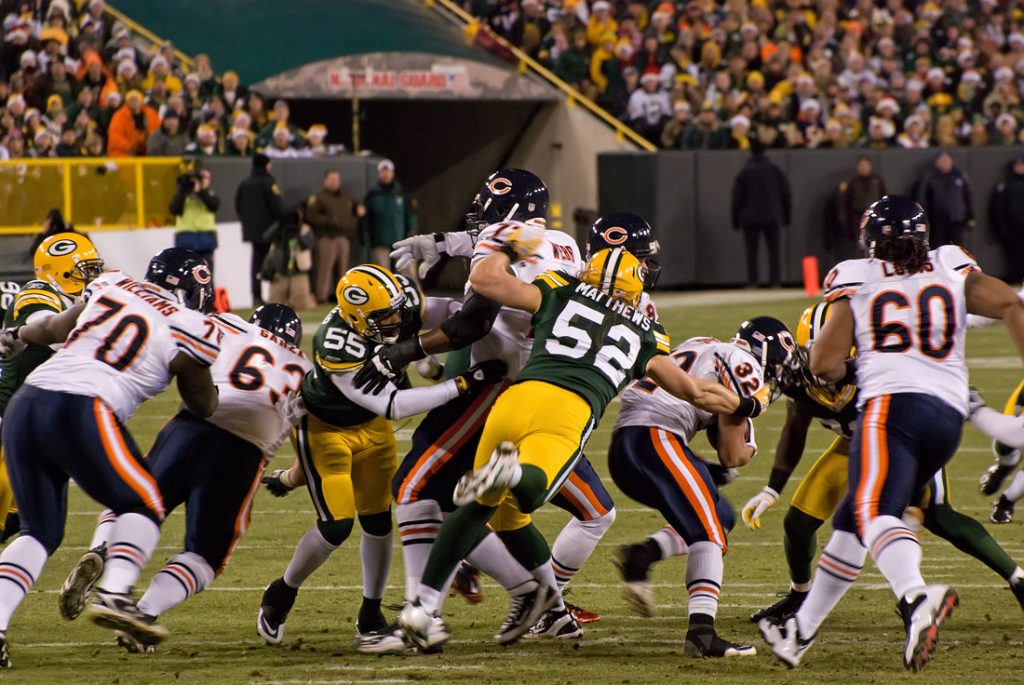 Although both teams have struggled so far during the season, the rivalry between these two makes this face-off look like a Super Bowl contest. One of the longest and if not the most storied rivalries of all times always brings some new excitement and pleasures to look for. Even though the Chicago Bears are better in the head-to-head record with 92 wins, 88 losses and 6 ties, the Green Bay Packers managed to win more matches (10) since the 2010, while on the other side the Bears won only 3, with the last coming in 2015 at the Lambeau Field (17-13).

There is no doubt that the Green Bay Packers will look to bounce back after suffering a devastating loss at home to the Dallas Cowboys on Sunday (30-16). It was just an embarrassing and an unexpected loss for the Green Bay Packers, who at some point before the season began, were considered as one of the Super Bowl contenders. However, the match against the Bears who are tied for the worst NFL record, could not have come in a better moment, as the Packers will try to figure out on how to bounce back and gain some confidence, which they will certainly need if they want to catch up on the Minnesota Vikings, who are 2 games ahead and hold the top of the NFC North. 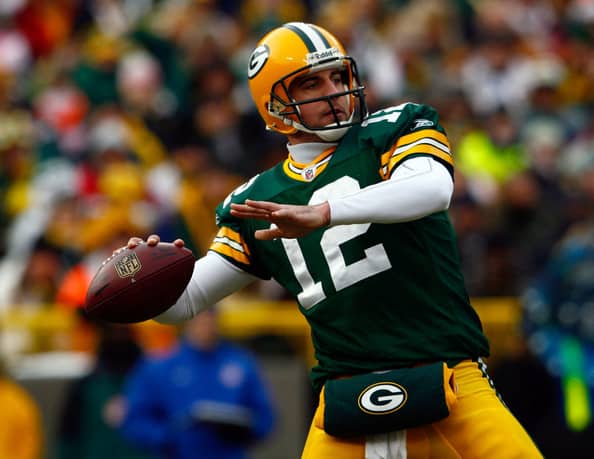 Packers hope that Rodgers will improve his passing as they need to improve their scoring desperately!!!

The key for the Packers to win on Thursday will probably be the form of their starting QB Aaron Rodgers. Rodgers has for some reason struggled big time ever since November of last year, posting a passer rating of 100.0 and more only once in the last 17 games. He is currently ranked as the 25th in the NFL in completion percentage (60.2). Even the fact that he has been playing behind one of the league’s best offensive lines. However, one things can’t be denied and it is the fact that the Packers have been placing too much pressure on Rodgers, expecting from him to do too much, while the team has struggled in the running game.  In the loss to the Cowboys, Rodgers passed for 294 yards with 1 TD and 1 interception. The Packers had a total of 372 yards, but they hard time of finding the end zone.  The Packers defense on the other hand, has been pretty decent this season so far ranking 10th in total defense. Morgan Burnet was one of the bright spots on Sunday against Dallas, recording 10 tackles and 1 interception. The Packers hope that he will continue to play like this in the upcoming games. 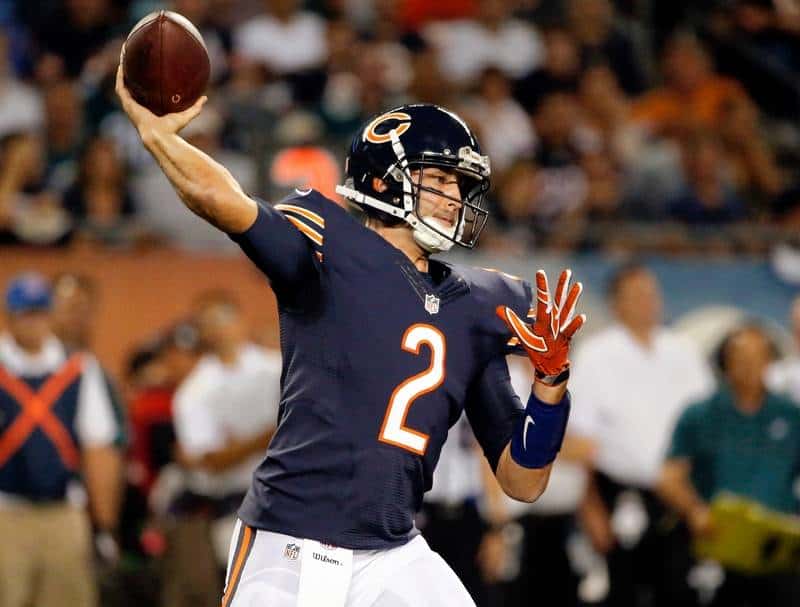 Brian Hover proved to be a solid replacement for the Bears starting QB Jay Cutler!!!

The Chicago Bears are miles away from a team with such a history. Although they have recorded 5 losses (and will most likely lose on Thursday again), the Bears defense has not been that bad at all, as they have not allowed more than 31  points so far. Their biggest problem probably is the limited offensive play, as they have struggled to put up more points. The most points they have scored thus far was 23 in Week 5 loss to the Indianapolis Colts. Brian Hoyer, who jumped in for the injured starting QB Jay Cutler has been decent so far, posting a decent passer rating of 100.8 with no interceptions this far. Despite the fact that he has gone for more than 300 yards in each start this season, his team has not been able to put up more points on the scoreboard, ranking dead last in scoring.

One of the things that the Bears could be satisfied about is the fact that the second-year wide out Cameron Meredith is showing is exceptional performances and is slowly becoming the main option out wide. In the teams’ 17-16 loss to the Jacksonville Jaguars, Meredith went for 113 yards on 11 catches, while only a week before that he went for 130 yards with a TD in the Bears 29-23 loss to the Colts. Chicago will travel to the Green Bay with a plan to stuff the run of the Packers and put pressure on Rodgers, who has not been as accurate when under pressure.

The Packers will look to move on from the Sunday’s loss to the Cowboys quickly. The bookmakers have the Packers as a favorite on Thursday night, against one of the worst teams in the NFL, the Chicago Bears. According to the Sports Information Traders, the leading sports investment firm in the country, the Packers are a -9 favorite with the over/under set at 47. The high scoring margin might come as a surprise since the Packers are yet to blow out some team with more than a 7 point difference. They will get their chance against the Bears who are looking awfully bad this season.