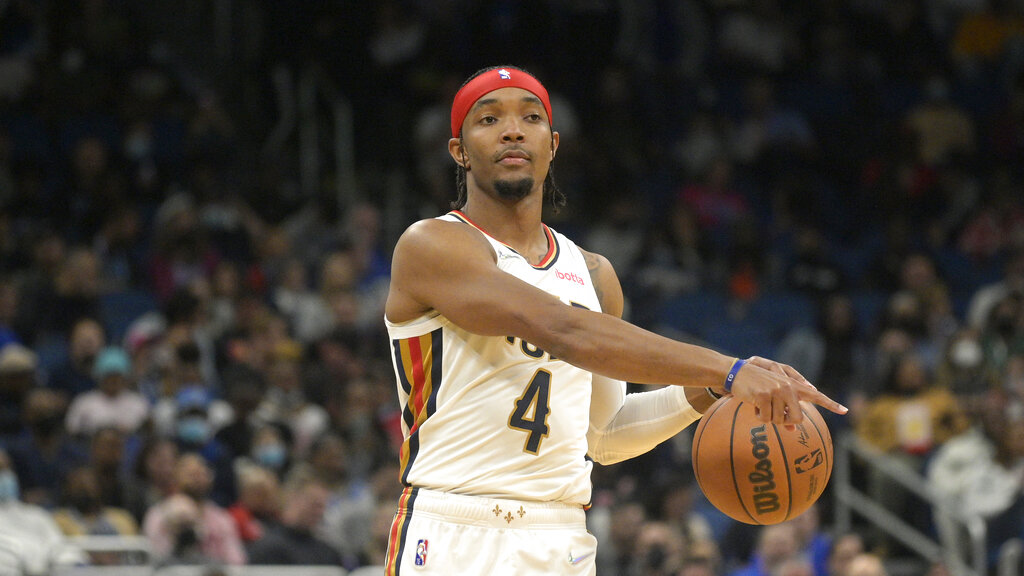 Dejounte Murray’s San Antonio Spurs (34-48) will look to secure an upset of Jonas Valanciunas and the New Orleans Pelicans (36-46) on April 13, 2022. The Pelicans are a 5-point favorite. A point total of 229 has been set for the game. Find more below on the Pelicans vs. Spurs betting line, injury report, head-to-head stats, best bets and more.

Computer Predictions for Pelicans vs. Spurs

Spurs: Lonnie Walker IV: Out (Back), Doug McDermott: Out For Season (Ankle)

Betting Tips for Pelicans vs. Spurs

After taking a look at all of the key trends and stats for this matchup, our best bet against the spread is Spurs (+5). Our computer picks see the scoring going under the total of 229 points, with the teams finishing with a final score of Pelicans 113, Spurs 110 when it’s sorted out on the court.