Do You need more reasons to kick back to your sofa, get your boys together, open up a beer or two (or couple of six-packs), switch to CBS and enjoy your Saturday afternoon watching two of the currently hottest teams going at each other in (probably) the most anticipated college football game this season!!! 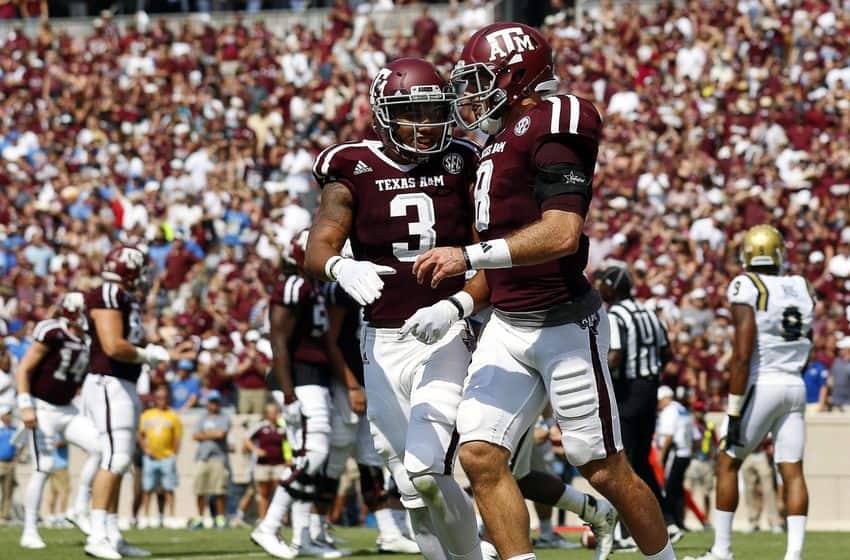 With both teams entering the match in a good form, Texas A&M hopes to for a good performance in front of their crowd and to come out as the winner!!!

For the third time in the history of these two teams, Tennessee will play Texas A&M. In their previous two face-offs, the Volunteers have beaten the Aggies. Back in 1957 Vols defeated the Aggies with 3-0 (wow, what a score, right?)….while in a more recent history, in 2005 during the Cotton Bowl, Tennessee, once again, defeated Texas A&M, but this time the score was much bigger (38-7).

However, third time is a charm, right??? This is exactly what the Aggies are hoping, as they host the 5-0 Volunteers at the Kyle Field, on Saturday, October 8th at 3:30 p.m. ET.  It is actually the first time EVER that two undefeated – Top 10 teams play at Kyle Field in October. No need of mentioning that the tickets are long gone, so if you plan to attend the game, good luck finding some at the secondary market…. 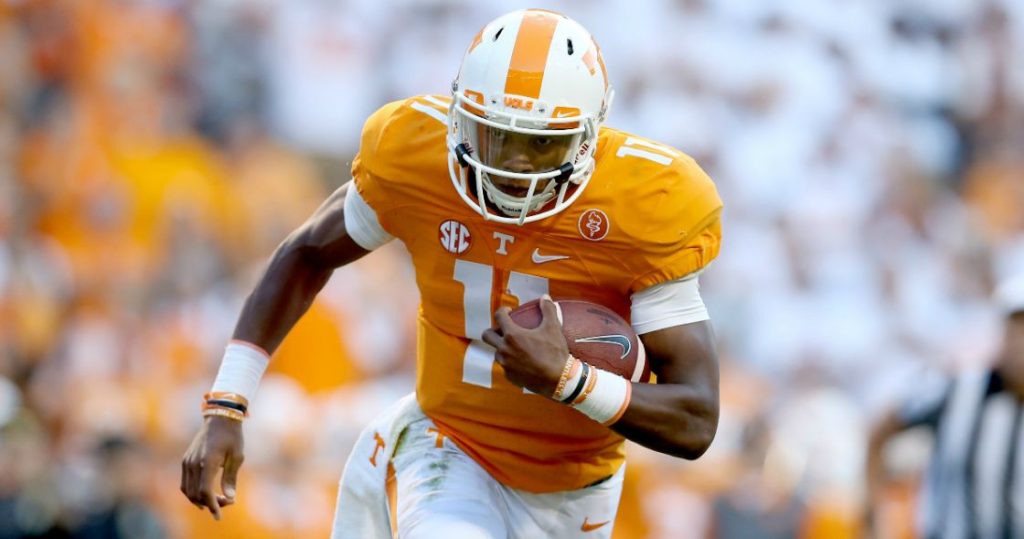 Joshua Dobbs is playing a great season so far for the Vols!!!

The Tennessee Volunteers are still running strong a 11 game winning streak that is dating back to October 31st, 2015. This season they are already at 5-0 (their best season start since the 1998 champion season), but the Vols had to battle extremely hard in order to remain unbeaten. Namely, the Vols needed an overtime to defeat the feisty Appalachian State, a huge second half comeback, in Week 4, against the Florida Gators (after being down by 21-3), and a last second win over Georgia in Week 5. Josh Dobbs will be the key player again for the Vols. So far, the 6’3″ Quarterback has thrown 1035 yards, 13 TDs and 6 interceptions. At the same time he ran for 267 yards and 5 TDs. In addition to Dobbs, the Vols will look for Jalen Hurd, the junior RB who so far had a total of 101 rushing attempts, which only show how much the Vols have trust in him. Hurd has recorded 407 rushing yards, adding 2 TDs. The key problem for the Vols is their slow start in the opening period of the game, having been outscored by 41-10 in the first quarter for the past 5 games. 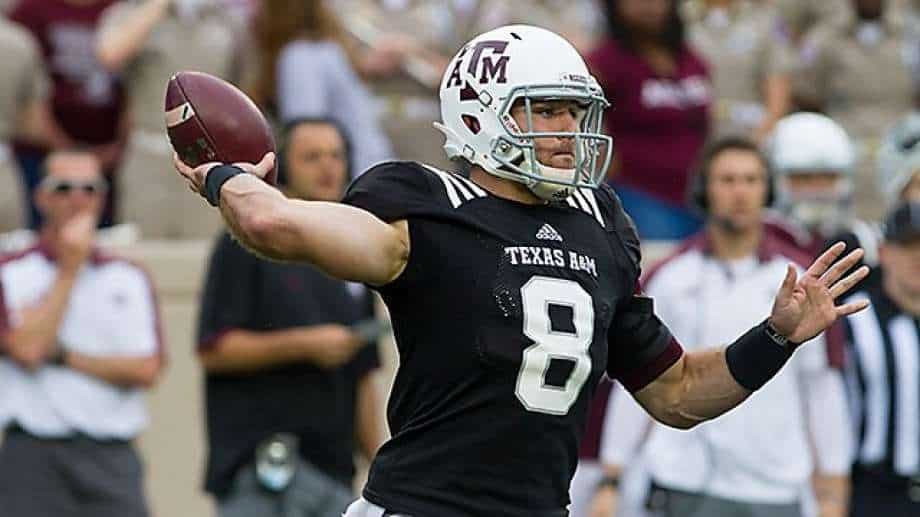 Trevor Knight will be the key player for Texas A&M

On the other side, Texas A&M is also 5-0, but their poor offensive performance against the South Carolina Gamecocks last weekend, raises a high level of awareness going into the match against the Vols. The Aggies Top the NCAA in tackles for loss, while at the same time they are considered to possessing the greatest defensive line in the nation, allowing only 15.4 points per game, 5 interceptions, 16 sacks and 5 fumble recoveries. The Aggies offense has been pretty solid this season as Texas A&M is averaging 39.2 points in scoring offense (ranked 32nd while Vols are ranked 56th averaging 33 point). Trevor Knight has been magnificent so far, playing like one of the Top QB in of the SEC, completing 54.1 % of his passes along with 7 TDs and only 3 interceptions.

Although the Tennessee Volunteers have already taken down two ranked opponents, all of their 5 wins so far have been followed with a thriller, and only thanks to their extraordinary last period performances, have they managed to extend their winning streak to 11 games, and stay undefeated so far. However, their luck will eventually come to its end, and our predictions is that it might be this Saturday, as the Texas A&M enters the match-up as a -7 favorite at home. According to one of the most accurate sports handicapping websites – Sports Information Traders, the Total (Over/Under) is listed at 56. Considering the offensive performance of both teams this season, we suggest to go with the UNDER.