After recording a win over their respective opponents at home in Game Five, the Toronto Raptors and San Antonio Spurs were in a position to finish off their opponents in enemy territory Thursday night. Toronto had already beaten the Bucks in Milwaukee, but the Spurs had yet to notch a win in Memphis during their series.

But history has favored the Spurs whenever it comes time to close out a playoff series against the Grizzlies. Could they do it again? 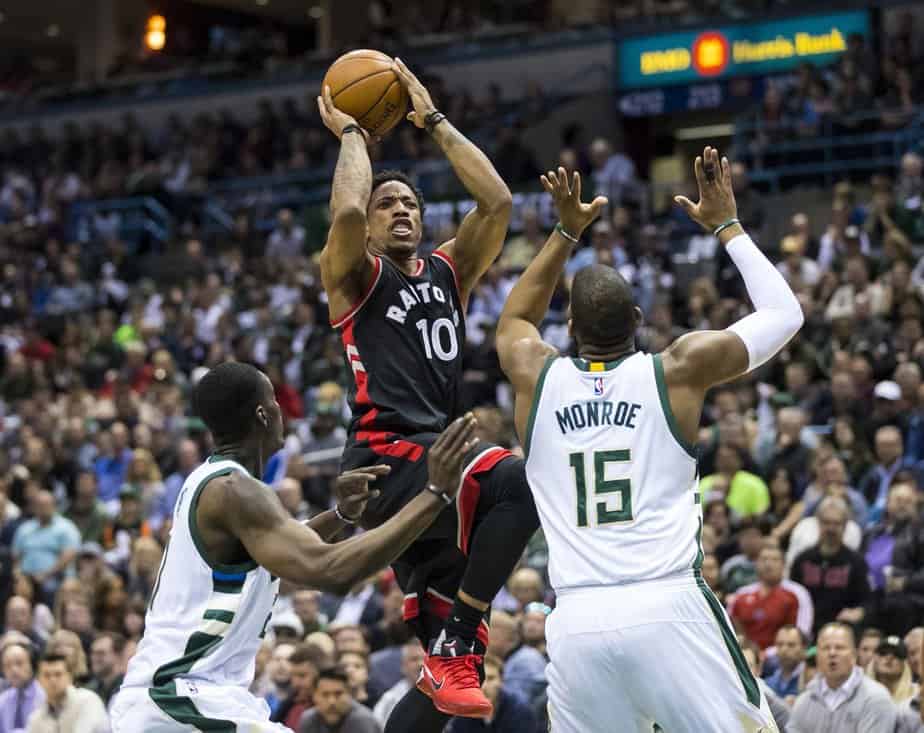 This game had the appearance of a real stinker for a while. Neither team looked great in the first half, but the Raptors were definitely the better of the two and took a 51-38 lead into halftime. The good times continued to roll for the Raptors in the second half as they got out to a 25-point lead, 71-46, following a DeMarre Carroll three-pointer with 5:16 to play in the third.

It didn’t just look bad for Milwaukee. It looked downright terrible. After making it to the playoffs, it appeared like the Bucks were going to be eliminated in embarrassing fashion.  But then the craziest thing happened.

The Bucks started to score—a lot—while the Raptors suddenly had trouble buying a bucket. The third quarter ended with the Bucks on a 15-3 run. Toronto continued to struggle from the floor during the fourth, and before Bucks fans knew it, their team was actually in the game.

When Jason Terry made a three-pointer with 3:05 left in the game Milwaukee took the lead, 80-78!

But then the Raptors went on an 11-2 run to retake the lead and control of the game. Even though they only had 33 seconds on the clock, the Bucks attempted another miracle comeback—and almost succeeded.

Another huge three-pointer by Jason Terry closed the gap to two points, 89-87, with 16 seconds to play. DeMar DeRozan made one of two free throws to nudge the lead out to 90-87. Giannis Antetokounmpo pulled the Bucks within one with a nice dunk—but it was too little too late.

DeMar DeRozan finished the Bucks off with a pair of free throws.

Antetokounmpo scored 34 in what was a valiant comeback attempt. Khris Middleton chipped in 19 and Mathew Dellavedova 12. In the end, they simply ran out of gas.

DeRozan didn’t just lead the way for the Raptors with 32 points. He was the only real scoring threat the Raptors had. Kyle Lowry tacked on just 13 points, and no one else scored in double figures. While that may be enough to get past a young team like the Bucks, the Cavaliers will eat them alive.

Game One against the Cavaliers will be Monday night in Cleveland at 7 PM ET on TNT. 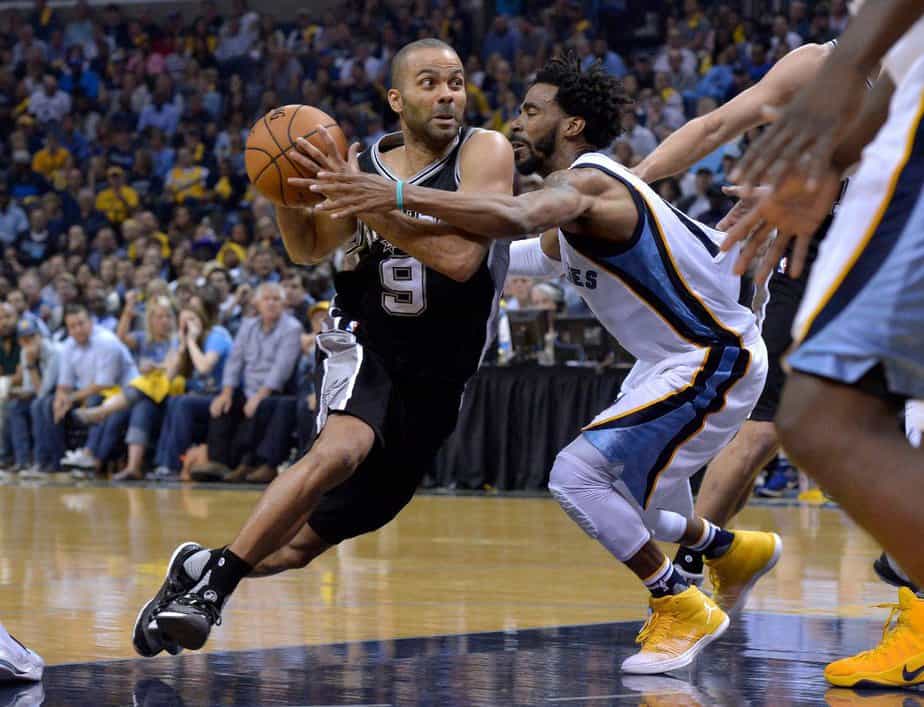 Last season would have been a great time for the Old Guard of the San Antonio Spurs to play well. It would have been great to send Tim Duncan off into retirement with one last trip to the Conference Finals or maybe even the Finals. But Duncan, Tony Parker, and Manu Ginobili really didn’t play particularly well.

So far, that is definitely not the case this postseason. In Game Five, the hero was Ginobili. Thursday night in Memphis it was Tony Parker’s turn to help bring a big win home for the Spurs. Parker made 11 of 14 shots (highest shooting percentage in a playoff game during his career—78.6) for 27 points.

Since being shut out in Game Three, Parker scored 63 points.

Kawhi Leonard led the way for the Spurs with 29 points. He did a lot of damage from the free throw line once again (12-13; 59-61 for the series). LaMarcus Aldridge turned in one of his best nights of the series with his second double-double (17 points, 12 rebounds).

While the Spurs did get some good performances out of its star players, the Grizzlies didn’t make it easy on them. In all, there were 16 ties (four in the fourth quarter alone) and nine lead changes in the game.

Despite Marc Gasol and Mike Conley struggling from the floor in the first quarter, the Spurs only lead by two, 24-22. But then it was San Antonio’s turn to struggle in the second quarter allowing Memphis to take a 50-45 lead into halftime. San Antonio took a one-point lead, 75-74, into the fourth quarter, but then Memphis took back over the game.

The Grizzlies went on a 14-6 run to start the quarter and take a seven-point lead about midway through, 88-81—but then it was Kawhi Leonard to the rescue. A three-point play and a three-pointer later the Spurs were back within one. But San Antonio didn’t regain the lead until Patty Mills hit a three-pointer with 3:31 left in the game (92-89).

However, the Grizzlies kept it close the rest of the way. The game didn’t really feel secure for the Spurs until Parker hit a layup with 23 seconds left that gave San Antonio a six-point lead.

San Antonio head coach Gregg Popovich made it clear he was happy the series was over after the game (ESPN):

“I’m seriously thrilled that we were able to get through that first round. That’s the good news. The bad news is that now we have to go play Houston.”

Game One against the Rockets will be Monday night at 9:30 PM ET on TNT.