NBA Playoff Recap—Round One: Rockets Quiet The Thunder; Earn Trip To Next Round

After Game Four, Russell Westbrook got upset when a reporter tried to ask Steven Adams why the Thunder tend to lose leads when Westbrook is on the bench. It’s not hard to see why such a question would bother Westbrook, but it would have been interesting to hear his response.

Maybe, since it happened again, Tuesday night, he’ll answer the question (if anyone dares to ask). 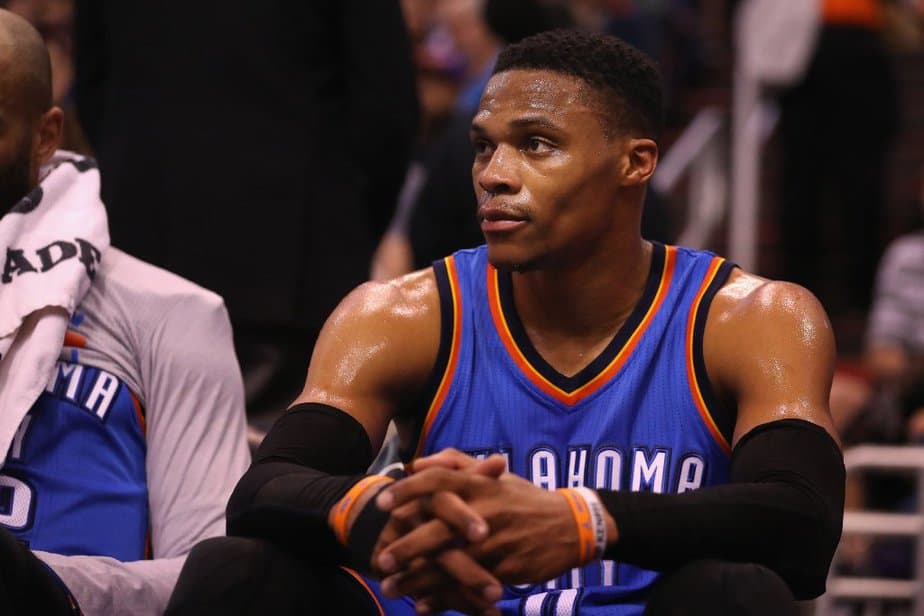 After falling behind 51-44 at halftime, the Thunder roared back in the third quarter to take a 77-72 lead into the final quarter. Westbrook led the way with 20 of his 47 points in the third. But then it happened.

Westbrook took a seat, and Houston went on a 14-4 run to retake the lead. The game remained close until the final minutes of the game when a James Harden layup (with 3:44 to play) put Houston ahead by nine, 100-91. In total, Westbrook was off the court for six minutes during the game. Houston outscored the Thunder 27-9 during that time.

The Thunder would pull within four after Westbrook made a layup with 12 seconds left. But James Harden would ice the game for the Rockets with four free throws in the final seconds of the game making the final 105-99, Houston.

With the struggles the Thunder have had, it wasn’t a surprise for Houston to win. But how they won was a bit of a surprise. A team that has lived and died by the three-pointer all season long made only 16.2 percent of its three-point attempts (six of 37).

“We’re a force to be reckoned with … we’re winning games off defense, and that has been our Achilles heel the whole entire season,” Beverley said after the game. “But it’s like we’re turning the switch. If we can combine … defending and hitting our 3s, the sky’s the limit for this team.”

They didn’t have a terrible shooting night overall (40.2 percent; 33-82) but what really made the difference was the foul line. As a team, they were 33 for 39 attempts.

Harden led the way for Houston despite a poor shooting night (8-25 overall; 2-13 from three-point range) with 34 points. Once again, it was the bench coming up big for the team with Lou Williams chipping in 22 points and Nene Hilario 14. Patrick Beverley was the only other Rocket to score in double figures (15 points). 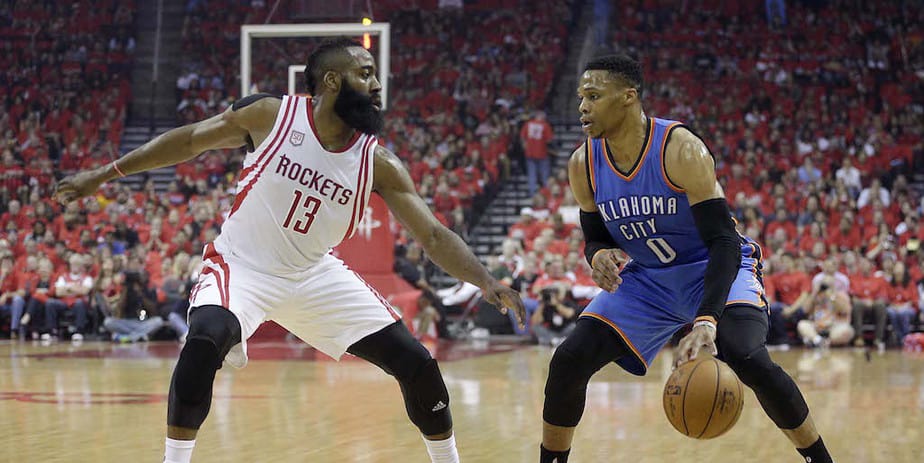 Russell Westbrook did his best to carry the Thunder with 47 points, 11 rebounds, and nine assists but missed a lot of shots (15-34 from the floor; 5-18 from three-point range). He didn’t get much help from the rest of the starting cast (30 total points). The bench didn’t see much action but still chipped in 22 points.

Houston will have to wait and see who they will face in the next round. If they are going to win, it will help if they could regain their three-point swagger as a team. After setting a record for three-point attempts during the season (1181) and leading the league with 14.4 three-pointers a game they have stunk it up so far in the playoffs (averaging 9.6 a game; shooting 28.4 percent–worst among playoff teams).