When the New York Giants spent a small fortune on defensive free agents, the moves were met with a healthy mix of skepticism and hope. Hope that the players would be worth the $200 million+ in contracts they signed and skepticism because trying to “buy” a good team through free agency doesn’t work in the NFL.

But when you have the No. 8 offense in the NFL, the worst defense in the NFL, and finish the season 6-10 you must do something besides finding a new head coach—which the Giants did. They spent over $200 million in free agency; primarily on defensive players. Against the Cincinnati Bengals Monday night, the investment appeared to be paying off. 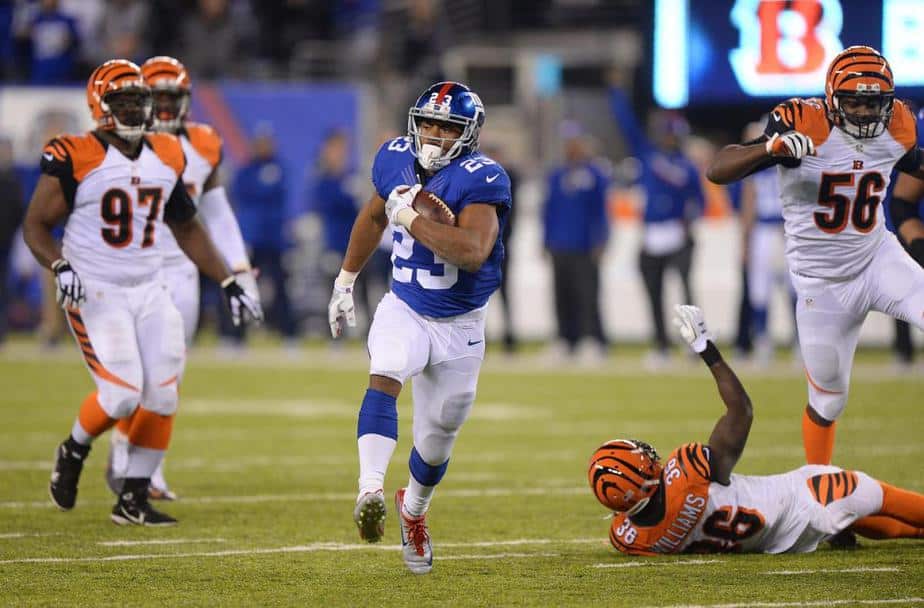 Giants head coach Ben McAdoo will get a lot of the credit for being willing to gamble on fourth and three and go for the touchdown when it would have made complete sense to kick a field goal when down by six with most of the fourth quarter still to play. Eli Manning will get a lot of credit for completing 28 of 44 passes for 240 yards and throwing three touchdown passes.

While they do deserve some credit, the real heroes of the day are running back Rashad Jennings and the defense.

Cincinnati has not done a great job of stopping the run this season, but the Giants run game has been so bad the Bengals front seven should have been able to stop it—but they didn’t. Instead, the Giants had a rare 100+ yard day rushing as a team (122 total) with 87 of it coming from Rashad Jennings, easily his best day of the season.

Cincinnati took a 17-14 lead early in the second half thanks to a nine-yard touchdown run by Jeremy Hill that was set up by an 84-yard kick return by Alex Erickson. They extended in to 20-14 with a 38-yard field goal by Mike Nugent on the next drive, but then the Giants defense effectively shut Dalton and company down for the rest of the game.

The Bengals would gain just 37 yards on their final five drives of the game with most of it coming on one drive; a drive that ended with Landon Collins making his fourth interception in three games.

“We just needed one play to get us going, and we never got it,” Bengals quarterback Andy Dalton said after the game.

Just in case the defensive impact was not clear, the Giants defense ended the Bengals final drive with back to back sacks. 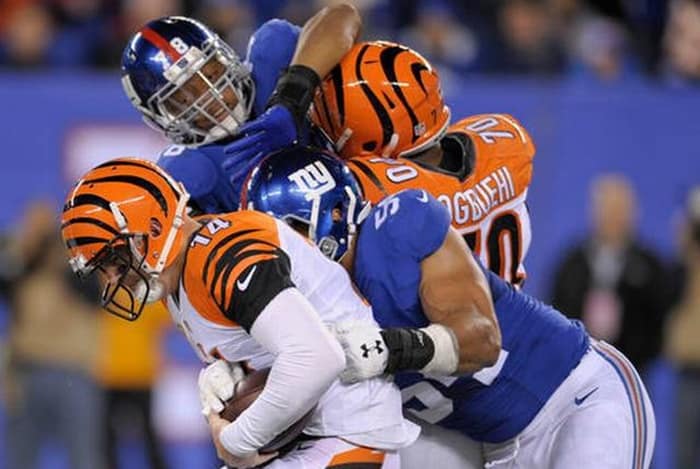 The Giants defense took a lot of criticism during the three-game losing streak when they are why the team has not lost more game than they have. They limited the Cowboys offense to just 19 points in the season opener (28.7 points/game this season) and the Saints to just 13 (averaging 29.4 points/game).

Of the six games the Giants have won, the offense provided only 20-21 points per game and won all six by a total of just 21 points.

The Giants defense should find it easy to continue dominating the competition for the next two weeks with the Chicago Bears and Cleveland Browns on deck, but they will have their hands full down the stretch with the Steelers, Cowboys, Lions, Eagles, and Redskins to finish the season.