The Memphis Grizzlies have had success against the San Antonio Spurs in the postseason. But their recent history against the Spurs has not been pretty. San Antonio entered the game having beaten Memphis the last eight times the two teams met in the playoffs. But while this Memphis team is far from perfect, it is pretty darn good.

Just not even close to being good enough. 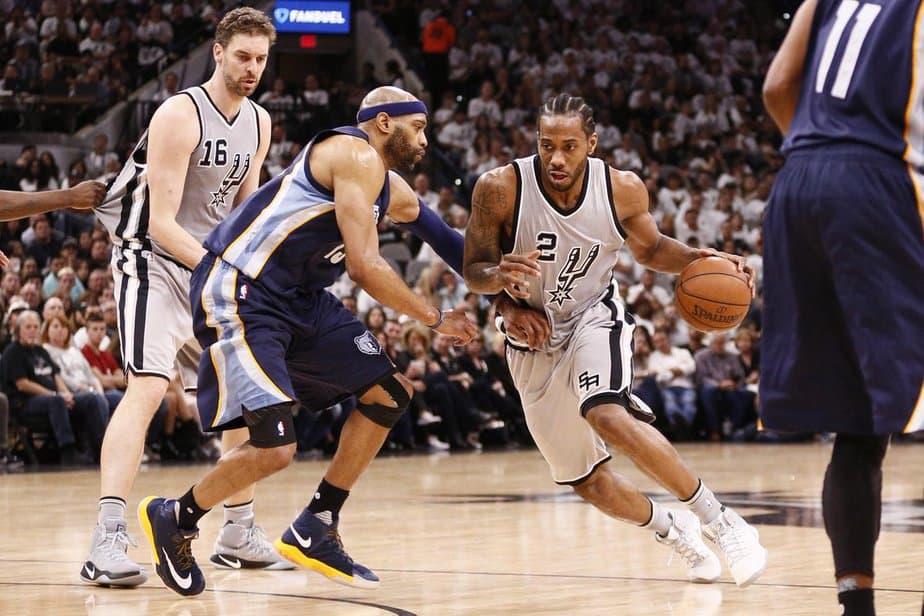 It looked promising, at first. The Grizzlies came out fired up and took an early 18-7 lead in the opening minutes of the game. But by time the first quarter ended, the Spurs closed the gap down to five, 25-30. It was from that point on that the game became very ugly for Memphis.

San Antonio held the Grizzlies to just 52 points over the final three-quarters of the game while outscoring them by 34 points to give the Spurs the only blowout of the day Saturday, 111-82.

“Obviously, we wanted to win a game,” Leonard said after the game. “We are on our home floor, and we went down early, but we stayed in it.”

Leonard certainly did his part by being nearly perfect from the floor (11-14) and perfect from the free throw line (9-9) to lead the Spurs with 32 points. With the team leading by only three at halftime, his 15-point explosion helped them stretch the lead out to 20-points before the final quarter started.

“That’s what star players do,” Spurs coach Gregg Popovich said about Leonard (ESPN). “It’s the playoffs, he stepped up. He made a lot of great plays for us. He’s a very determined individual. He’s just beginning to come into his own and realizing the effect he has on a game on both ends of the court.”

To win, the Grizzlies needed strong games out of their two best players, Marc Gasol and Mike Conley. Gasol played well in the first half with 25 points but only had seven in the second half. Conley as nearly a non-factor with just 13-points and zero after the 8:40 mark of the second quarter.

San Antonio was able to sit most of its starters in the final period with the lead getting as high as 36 points.

Tony Parker showed signs of the guy he used to be with 18 points and two assists in 22 minutes. Leonard had no trouble talking about the 16-year veteran after the game:

“Him being aggressive, knocking down shots, and penetrating, getting the defense to get an extra guy to go to him is big for us. Not just for me, but for everybody. It gets us open shots.”

LaMarcus Aldridge was the only other Spurs player to score in double figures with 20 points on the night.

Tony Allen was missed on the defensive end for the Grizzlies. But if they are going to have a chance to pull out an upset, they will have to figure out what to do about Leonard. Mike Conley will also have to do a better job of getting open and taking better shots. Danny Green only scored two points for the Spurs, but he played excellent defense against Conley, recording four blocks on the night.

Not only is the win a great way to get over the late-season struggles, but the Spurs have won 29 of 34 playoff series after taking Game One. Game Two will be in San Antonio Monday night at 9:30 PM ET on TNT.