Mark Cuban Made Possibly The Most Absurd Statement Ever

Dallas Mavericks owner Mark Cuban is an interesting guy and rarely—if ever—holds back when he has an opinion on something or someone. To some, that makes him unbelievably obnoxious while others would just say he is brutally honest.

His comments have often gotten him in trouble with the league and have cost him a pretty penny over the years in fines. Why doesn’t he stop? “Why should he?” would be a better question. With a net worth of $2.7 billion he can afford a paltry $25,000 or $100,000 fine so, why not express his opinion on the quality of officiating in the NBA? 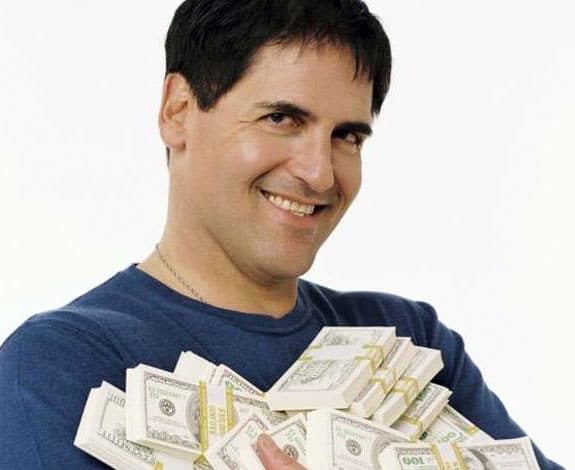 His brutal honesty is often the source of humor on the hit reality show, Shark Tank, or anytime he makes an appearance. During a recent appearance on Any Given Wednesday with Bill Simmons he said what may be his most absurd comment ever; so absurd it may very well qualify as his funniest.

Simmons was talking about the valuations of NBA teams according to Forbes and mentioned that Cuban’s team was listed at $1.4 billion and how he was certain Cuban wouldn’t take that if offered for the Mavericks.

This is where Cuban gets absurd. It wasn’t just that he said he would turn down a $3 billion offer for the Mavericks but why:

It’s the kind of comment only someone who has $2.7 billion can make with a straight face (like he did) and not by lying.

Most filthy rich guys would not write off the possibility of selling something for $3 billion so quickly. Normally, rich folks are all about doing what they can to get even richer. They don’t need more money; its just what they do. They get richer–but not Cuban. He would rather enjoy his toys—like the Mavericks—and the billions he already has.

There is certainly something to be said for his logic. Why make the money if you are not going to enjoy it?

However, if he doesn’t start making some better basketball choices the valuation of the Mavericks may not climb that high for quite some time.

The value of a team is not dependent on a winning team, but it doesn’t hurt to have one—especially when you are trying to get the city to pay for a new arena. Losing doesn’t help the value of the brand either.

Dallas won the NBA Finals back in 2011, but since then the Mavericks have been the picture of mediocrity. Since winning the title, they have made it back to the postseason in four of five opportunities but have yet to come close to making it out of the first round (except the 2013-14 season when they lost to the Spurs in seven).

Cuban keeps targeting big-name free agents but has not succeeded in signing anyone of significance in years. He nearly pulled off what could have been an incredible acquisition in DeAndre Jordan, but he couldn’t close the deal.

When asked on Twitter why he was leaving Dallas for Memphis, Chandler Parsons responded with ‘Cuz I have a brain.’

The team didn’t even get to meet with its top two free agent targets—Hassan Whiteside and Nicolas Batum–before they signed. What’s a team that no one wants to play for worth?

Monday morning the news broke that the Mavericks have re-signed Dirk Nowitzki, but it might have been better if he left. Then the team might have been bad enough to have a good shot at the lottery next year.

At least then they could draft a good player.