After the first two days of the Tournament, entries in bracket challenges everywhere could be separated into two different categories—those that don’t have a chance and those that are still looking good. But it is Day Three that is the turning point. With eight games on deck, there is less room for error and no room for pretenders.

Teams that got lucky in Round One typically don’t get lucky again in Round Two. In the second round, it becomes more about who has the better overall team. When the talent matches up well between teams, you can count on watching an excellent, hard-fought game—like when  Wisconsin took down the defending national champs.

When they don’t—you get butt-whippings like the one Florida threw down on Virginia. Anyway….here’s the action from Day Three in a nutshell:

There comes a time in every tournament when someone pulls off the upset and takes down the first No. 1 seeded team. You don’t expect it to happen early on Day Three of the Tournament—but this year it did.

After a lackluster performance in their opening round game, the Wildcats couldn’t turn it on against Wisconsin. They were down by four at the end of the first half, but managed to get out to a five-point lead about midway through the second half, but couldn’t hold onto it.

Donte DiVincenzo gave Villanova a seven-point lead with 5:31 to go, but then Wisconsin went on a 15-5 run to end the game and knocks the first No. 1 out of the tournament.

Virginia has had some struggles this season, but overall, the Cavaliers are a pretty good team. But they have had moments where they struggled this season. To make it far in the Tournament, they would have to avoid somehow having any of those moments—but they couldn’t.

Virginia’s defense didn’t do a bad job against Florida, but on the offensive end, they couldn’t buy a shot against the Florida defense. They were 1-15 from three-point range and only sank 16 shots the entire game (16-54). Florida led 31-17 at the half and outscored Virginia by 12 in the second to cruise to an easy victory. 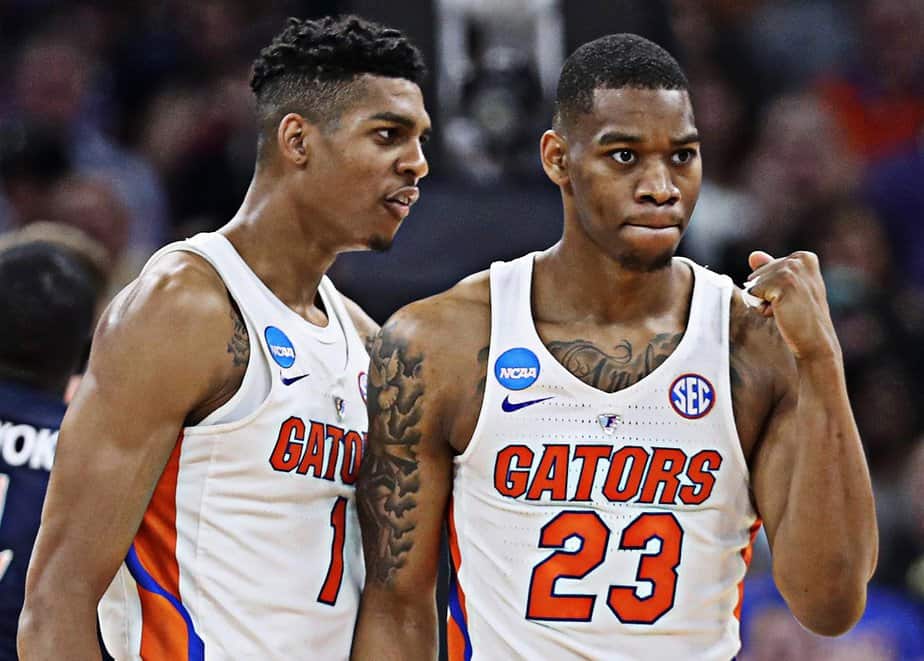 After one-half of play, it looked like Purdue was going to win this one with ease. The Boilermakers turned their 13-point halftime lead into a 19-point advantage in the second half. But then the Cyclones decided they were not going to go out like that.

A three-pointer by Nazareth Mitrou-Long kicked off a 21-5 run that saw Iowa State pull within three, 63-60, with 8:03 left to play. A Matt Thomas jumper tied the game at 71-71 late in the half and was followed up by a pair of free throws by Deonte Burton that gave Iowa State a short-lived lead. P.J. Thompson followed Burton’s free throws up with a three-pointer to retake the lead, and Purdue never gave it back.

It was Northwestern’s first trip to the Tournament, and it was a good one. They won their first game and pushed a No. 1 seed hard after putting up a dismal effort in the first half. Down by 18, 38-20, going into the second half, it didn’t look good for the Wildcats. But then they showed why the Tournament is referred to as Madness.

A valiant effort closed the gap to five with about five minutes left to play. But then Northwestern’s head coach stepped onto the court to argue a call and was hit with a technical. From that point on, Northwestern was able to keep it interesting but couldn’t close the gap.

West Virginia is known for its press defense but the Mountaineers are a decent offensive team as well. Against the Fighting Irish Saturday afternoon, both aspects of their game were evident. The defense forced 14 turnovers and the offense—led by Jevon Carter’s 24-point effort—scored 80+ points for the 18th time this season.

The Mountaineer never trailed in the game after getting started with a 10-2 run. Notre Dame got within three late in the first, but never got closer. 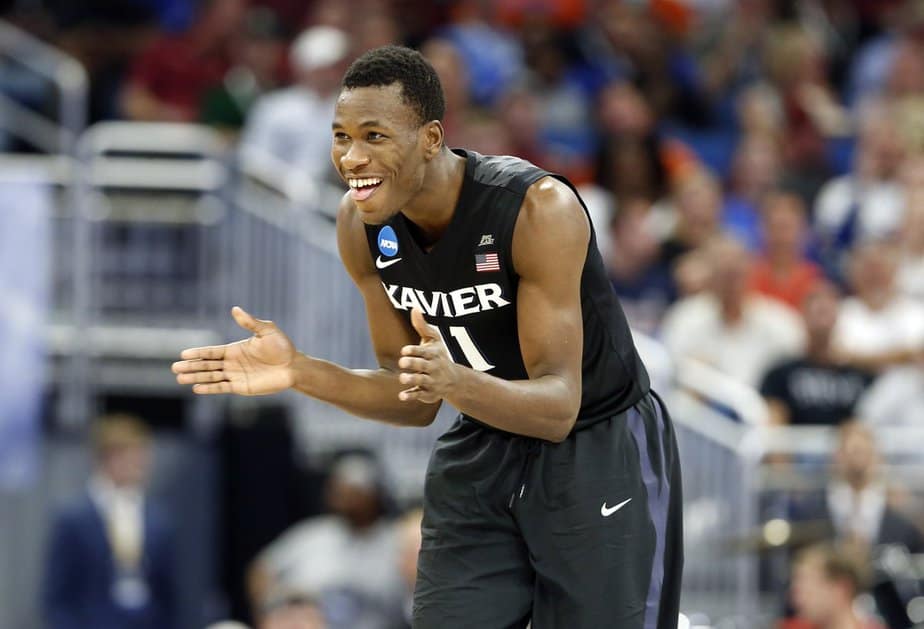 At least once in every Tournament there ends up being a butt-whipping that no one really saw coming. Heading into Saturday’s game against 11-seeded Xavier, the No. 3 seed Seminoles likely didn’t think there was a chance they could end up on the wrong side of that whipping—but they did.

Led by Trevon Bluiett’s 29-point day, the Musketeers led the Seminoles by 10 after the end of the first half, stretched the lead out to 21-points midway through the second, and cruised to an easy 25-point win.

The Gaels had no desire to just be a stepping stone on Arizona’s trip to the Sweet Sixteen. They came out hard against the Wildcats and led by as many as 10 in the first half before taking a one-point lead, 30-29, into the break.

Dusan Ristic gave Arizona its first lead with the first shot of the second half. The two teams ended up trading the lead back and forth a few times during the first ten minutes of the second half. But when Alonzo Tier made a three-pointer with 10:51 left to play to put Arizona up 47-46, it ended up being the final lead change. The Wildcats will face a red hot Xavier team in the Sweet Sixteen.

Butler hasn’t been back to the Sweet Sixteen since their back-to-back trips to the national championship game a few years back. Middle Tennessee wanted to make them wait another season, but they just weren’t enough against the Bulldogs.

The Blue Raiders fell behind early and stayed behind, but late in the second half made a run that nearly pulled them even with the Bulldogs. But Butler’s Andrew Chrabascz hit a clutch three-pointer with 3:29 to play that stretched the lead back out to six-points after a 7-0 run had pulled Middle Tennessee within three. 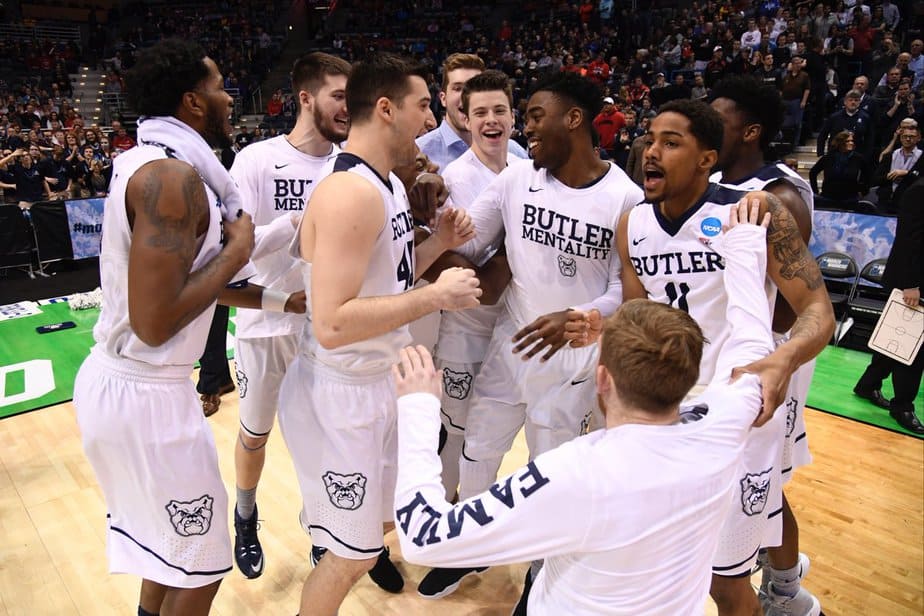 Butler will either face North Carolina or Arkansas in the Sweet Sixteen.