There had been one thing missing from this year’s NCAA Tournament heading into Friday’s Sweet Sixteen action. We’d had upsets, blowouts, close games, and officiating snafus but we had not seen one thing—a buzzer-beating, game-winning shot. If you decided to go to bed rather than stay up for the end of the Florida-Wisconsin game…well, then you missed it.

As for the other games, could Butler pull out another upset win over North Carolina? How did the UCLA-Kentucky game play out? Did the Gamecocks win their way to the Elite Eight for the first time in school history? 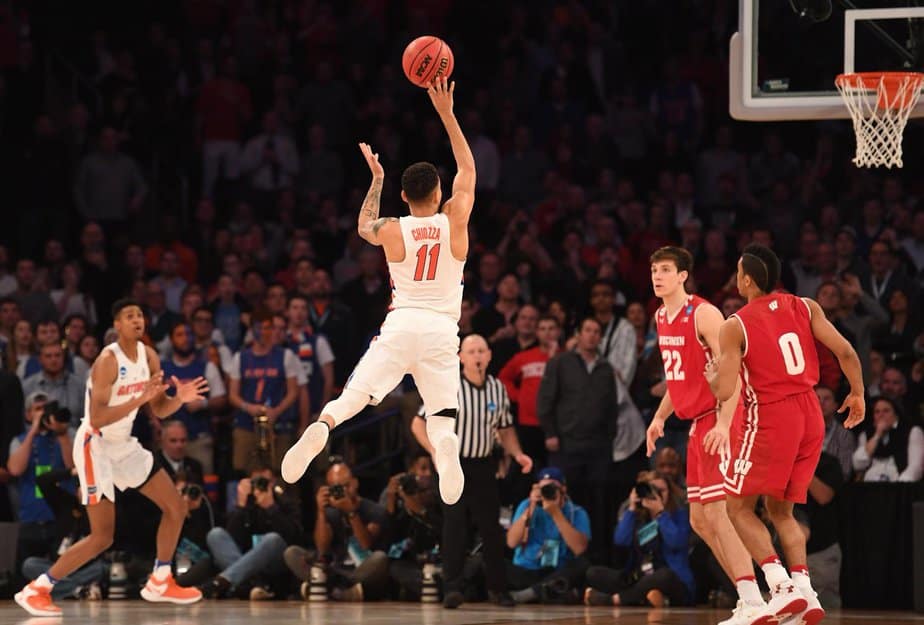 Let’s just say if your bracket wasn’t busted before it probably is now.

Florida-Wisconsin did not appear to be the most exciting match-up of the Sweet Sixteen but it ended up being just that. The Gator led by double-digits during regulation but the Badgers were not willing to go quietly into the night.

Down by 10 with 4:25 to play, the Badgers mounted a fierce comeback over the remainder of regulation to tie the game up at 72-72 with three seconds to play after Zak Showalter hit a three-point shot.

Florida took the initial lead in overtime, but then Wisconsin took over. A pair of free throws by Showalter gave the Badgers a five-point lead with 1:09 to play. Chris Chiozza tied the game up at 81-81 with a layup and 24 seconds to play.

Nigel Hayes hit a pair of free throws to give the Badgers a lead with four seconds left. But it was Chiozza to the rescue with one second left. The junior guard hit a three-pointer at the buzzer to make the final 84-83.

They will face another SEC team, South Carolina in Elite Eight action on Sunday, a game only 58,000 of the 19 million brackets filled out on ESPN saw coming. 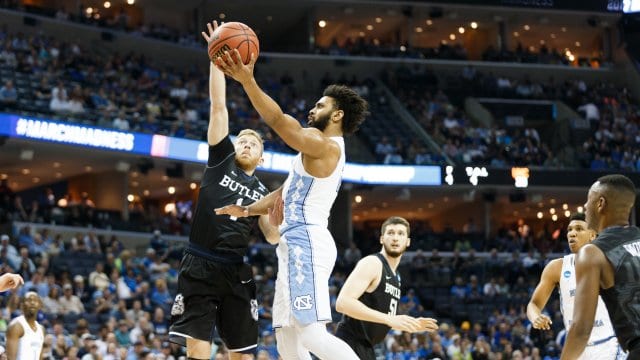 Butler knew it would not be easy to take down the Tar Heels. But after taking down Villanova twice this season, the Bulldogs had no doubt they could pull off the upset win over North Carolina. They just had to play strong defense and make more shots than the Tar Heels—which they did not do.

North Carolina hit on six of their first seven three-pointers and scored 52 points on the Bulldogs in the first half, the most any team has scored on Butler in a half this season. Butler put up a better fight in the second half—and even out-scored the Tar Heels (44-40), but the damage had been done in the first half.

Justin Jackson and Joel Berry II had 24 and 26 points respectively and got a major assist from sophomore forward Luke Maye. Maye recorded his first double-double for the Tar Heels with 16 points and 12 rebounds.

A majority of college basketball fans did not see South Carolina making it to the Elite Eight. In fact, 56 percent of ESPN’s brackets had them losing in the first round to Marquette. Only 1.8 percent had them making it past the Sweet Sixteen. When they faced off against Baylor Friday night, they gave that 1.8 percent a great reason to continue having faith in them.

With the help of a stellar defensive effort that limited the Bears offense to just 17 made baskets and 50 points, the Gamecocks earned the right to advance to the Elite Eight for the first time in school history.

Baylor kept it close early on in the first half, but then the Gamecocks held the Bears scoreless for about eight minutes while they went on an 18-0 run and took a 31-15 lead with 2:50 left to play in the first half. South Carolina never gave up the lead for the rest of the game.

Johnathan Motley was the only Bear to score in double figures with 18 points. Sindarius Thornwell led the way for South Carolina with 24, his third consecutive game with 20+ points. 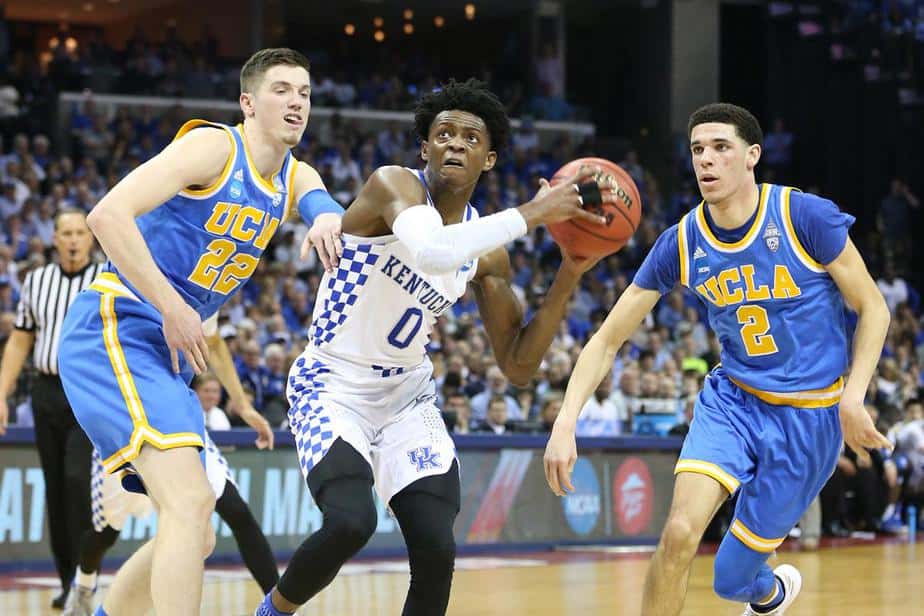 Ball and the Bruins had played well throughout the tournament. Kentucky had played well enough but far from perfect. Heading into Friday night’s game, the question on the minds of fans everywhere was who could put it together in time?

“All I did at halftime was say: `Guys. Are you watching this game?’ and they said yeah,” Calipari said. “I said; `Ok good. You know we are playing through De’Aaron Fox. The rest of you take a back seat and play off of him.”

Fox ended up scoring a career-high 39 points, the best scoring performance by a freshman in tournament history. Ball, who declared for the draft following the game, finished his college career with a 10-point, eight assist effort.