Home
Basketball
March Madness Recap—Day Two: They Are Who We Thought They Are

March Madness Recap—Day Two: They Are Who We Thought They Are

One of the many things that make the first day of the NCAA Men’s Basketball Tournament so awesome for fans is that they get to do it all over again the very next day. It’s not necessary to wait a week or even a few days. Fans get to enjoy a full day of action again on Day Two of the Tournament. Madness, right?

Much like Day One’s slate of action, Day Two did not disappoint. There were upsets, there were big plays, there were close calls, and there were some whippings—some serious whippings. 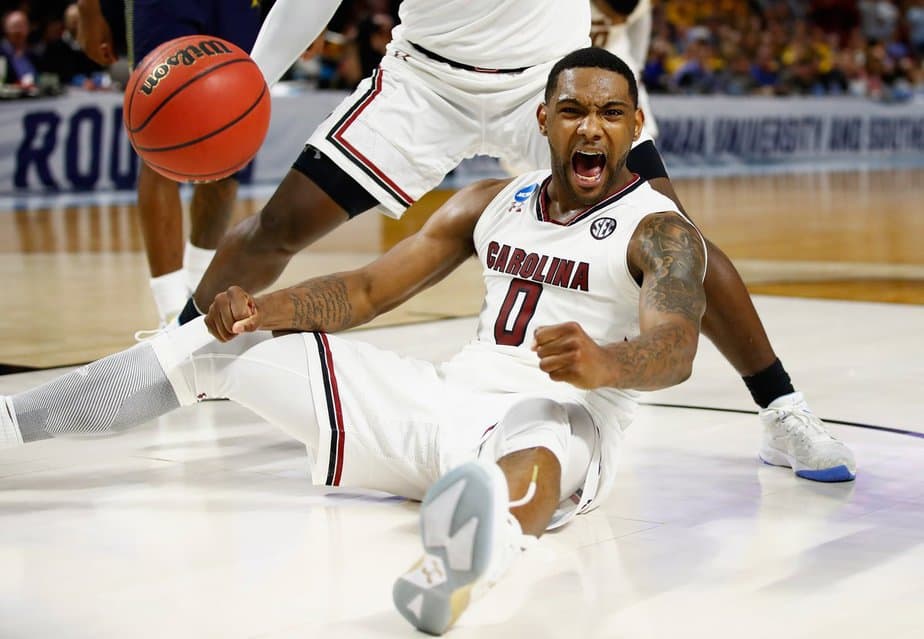 If it were easy, they’d call it March Easiness—but it’s not. It’s crazy, so they call it Madness. Here’s Day Two in a nutshell:

A three-pointer by Shake Milton gave SMU the lead, 65-63, late in the closing minutes of the game. But then a three-pointer by Elijah Stewart put the Trojans up 66-65 with 36 seconds on the clock. However, SMU wasn’t done yet.

USC will face off with Baylor in the next round.

At one time this season Baylor was the No. 1 team in the nation. There stay on top ended up being short-lived, and while they remained one of the top teams in the nation, they had moments where they struggled.

The first half against New Mexico State was one of those moments. Baylor got off to a slow start and was done to the Aggies at the end of the first half, 40-38. But then the real Baylor stood up in the second half, outscored New Mexico State by 20 and cruised to victory.

South Carolina had not won a NCAA Tournament game in 44-years heading into Friday night’s Tournament opener against Marquette. During the first half, it looked like it was going to be 45 years. The Golden Eagles led by as much a ten in the first half. They were up 49-46 early in the second half when it all fell apart for them.

South Carolina went on an 11-0 to take control of the game, 57-49 and never looked back. Marquette would get within a point but never led again.

Duke entered the season as the team to beat, lost their way for a bit, found it again, but then lost it towards the end of the season before regaining it during the ACC Tournament. There was no way they were going to lose in the first round this year—and they didn’t.

The Blue Devils got off to a quick start in the first half and didn’t let up on the way to a 52-38 halftime lead. In the second half, they did slow it down a bit but still outscored the Trojans, 35-28. They’ll face South Carolina in the next round

Certain things are expected in the first round. Someone is going to get upset, several games will be closer than anticipated, and the No. 1 seeds will completely demolish the poor No. 16 seeds they face. Villanova and Gonzaga had nice, solid 20-point wins over their No. 16 seeds but they didn’t destroy their victims.

Kansas hasn’t lost a Tournament opener since 2006, and there was never any doubt as to what was going to happen in this game. Well—maybe a little. With 7:48 left in the first half the score was tied, 21-21. But then Kansas went on a 29-7 run to end the half and effectively, the game.

The Spartans overcame the slow starts to beat all slow starts to take a 38-27 lead into halftime. They kept the momentum going in the second half and led by as much as 22 before finally winning by 20.

But for their troubles, they will get to take on Kansas in the next round.

The season started going downhill for Creighton when they lost Maurice Watson for the season. They had done well enough up that point (18-1) that they were still able to make it in as a No. 6 seed. But they were also a prime target to be upset in the first round.

Rhode Island was more than happy to do the upsetting. They led by seven after the first and went on to win by 12. They’ll have their hands full with Oregon in the next round.

The Ducks lost a significant contributor, Chris Boucher, during the Pac-12 Tournament, but you wouldn’t have known by how their Tournament opener went. They poured it on in the first half and took a 55-37 into the break.

They took off their foot off the gas pedal in the second half and cruised to an easy win. 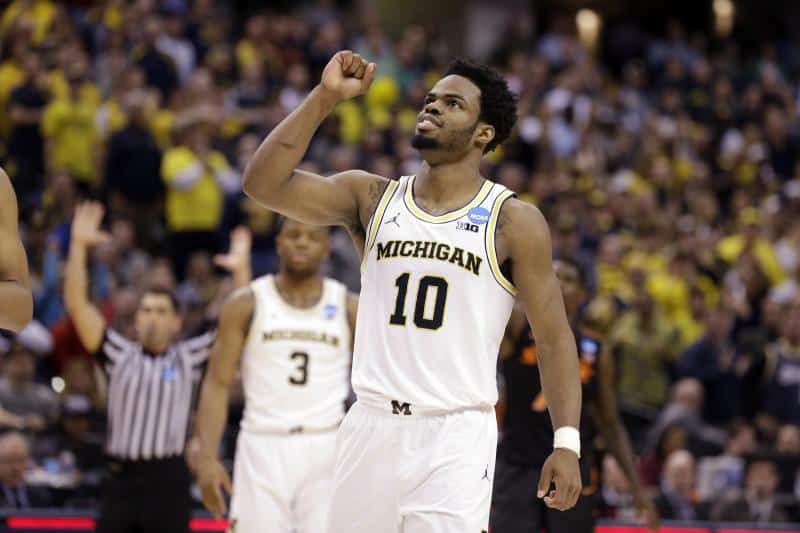 The Cowboys made more baskets than the Wolverines (35 to 29), had a better shooting percentage (54.7 to 51.8), and out-rebounded the Wolverines (40-21). Michigan had better success at the free throw line (18 to 14), but by those numbers, Oklahoma State should have been able to pull it out.

But Michigan won one vital stat—three-pointers. They hit 16 (the Cowboys only had seven), a new school record for three-pointers in a NCAA Tournament game. They’ll have a tough one on their hands in the next round when they face Louisville.

Louisville shouldn’t have had any trouble with Jacksonville State—but they did. The Gamecocks got off to a fast start and built a small lead that disappeared pretty quick once the Cardinals got their act together. The Cardinals led by seven at halftime and cruised to an easy victory in the second half.

But then an Isaiah Hicks layup a minute later gave the Tar Heels a 12-10 lead, and it was all over from there. Midway through the first the Tar Heels led by 16 and by the end of the half the lead was up to 25. TSU tried, but they simply didn’t have what it took.

Arkansas and Seton Hall gave fans everything they could ask for in a Tournament opener. There were several lead changes throughout the game with neither team ever getting too far ahead of the other. The game took its last turn when Jaylen Barford made a steal with 1:01 left in the game and followed it up with a layup four seconds later to make the score 72-71.

For their efforts, Arkansas gets to face North Carolina in the next round.

They will find their opponent in the next round a bit more challenging—UCLA. 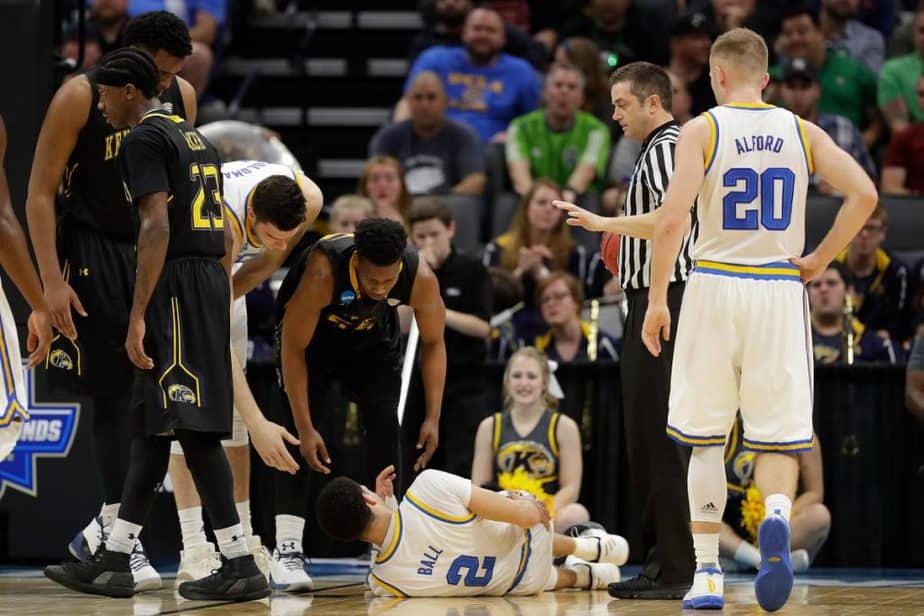 The Bruins got the win, but they may have till suffered a significant loss. Superstar freshman Lorenzo Ball took a hard fall late in the first half. He was in clear pain for a few moments on the floor before he was helped up by teammates. He limped back to the locker room moments later when the first half ended with his team up 47-39.

The official word is he has a bruised hip. While he did return in the second half, he didn’t contribute much. Luckily, his team didn’t need him to help much.

Dayton had a lot of Tournament experience on the roster, but when it came down to it, they were not enough to make it past the Shockers. Wichita State’s defense held them to just 31 percent from the floor and a season-low 58-points. The Shockers also dominated the boards (48-29) and recorded eight blocks on the night.

Wichita State didn’t score as much as they normally do, but on this night, it didn’t matter. Their defense pulled them through—and they’ll certainly need it if they are going to get past Kentucky in the next round.

Northern Kentucky made history this year by becoming one of only seven teams to qualify for the NCAA Tournament in their first year of eligibility. It’s just a shame that they had to face another team from Kentucky. The Wildcats made plenty of freshman mistakes on the night that helped the Norse keep it close, but in the end, their talent and a great first half were enough.

The Wildcats led by 14 at the break. Northern Kentucky gave them a good game in the second half, but it wasn’t enough to overcome their first half deficit.