Los Angeles Rams-Miami Dolphins Preview: Jared Goff To Start In Place Of Case Keenum But Will It Matter?

Los Angeles Rams head coach Jeff Fisher knows the importance of loyalty and not pulling the trigger on a player too soon. He knows he needs to show confidence in his guys; a faith that can’t waver—that is until it should.

For weeks, the media and fan base in Los Angeles have been calling for Fisher to end his show of faith and confidence in quarterback Case Keenum, but he has resisted. He has insisted he had the right guy in the lineup and that Jared Goff, the No. 1 pick in the last draft, wasn’t ready.

But with a 4-5 record (1-3 at home), if the Rams are going to make it to the playoffs for the first time since the 2004 season, something must change. The defense is doing a pretty decent job keeping opponents out of the end zone (No. 10; 19.2 points/game), but the offense has done a pathetic job of getting into the end zone (No. 32; 15.4 points/game).

So–Fisher has decided it is time. A couple of days after claiming he was sticking with Keenum, the team has announced Goff will start against the Miami Dolphins this week.

A prevailing logic among those that have been calling for the switch for weeks revolved around Goff being the No. 1 pick in the draft and Keenum’s poor level of play. They thought baptism by fire would be better for the future quarterback of the franchise than watching Keenum struggle.

But they must have forgotten how bad Goff looked in the preseason. The former Cal quarterback looked unsure of what he was doing, skittish, and unable to read an NFL defense let alone handle one. The only time he looked halfway decent was late in games primarily against guys that were not going to make an NFL roster.

That was then; this is now. After another two and half months of practice, the team has deemed Goff ready to play. Other rookies have done well this season, so why not see if their rookie can?

He will certainly have some talented players to work with. Tod Gurley was considered one of the top backs in the league last season but has struggled this year. Wide receivers Kenny Britt and Tavon Austin have shown some promise in the past, but will a change at quarterback help them?

It’s a little unfair to blame the team’s offensive woes on Keenum, but quarterback is the one position that can be changed that can affect the entire unit.

It makes sense for him to get his first start at home, and while the Dolphins struggled early in the year, they are riding a four-game winning streak powered by running back Jay Ajayi’s emergence as a serious run threat. With teams paying more attention to their running game, Ryan Tannehill has been able to play better as well. During the winning streak, he has completed at least 60 percent of his passes and has not thrown a single interception. 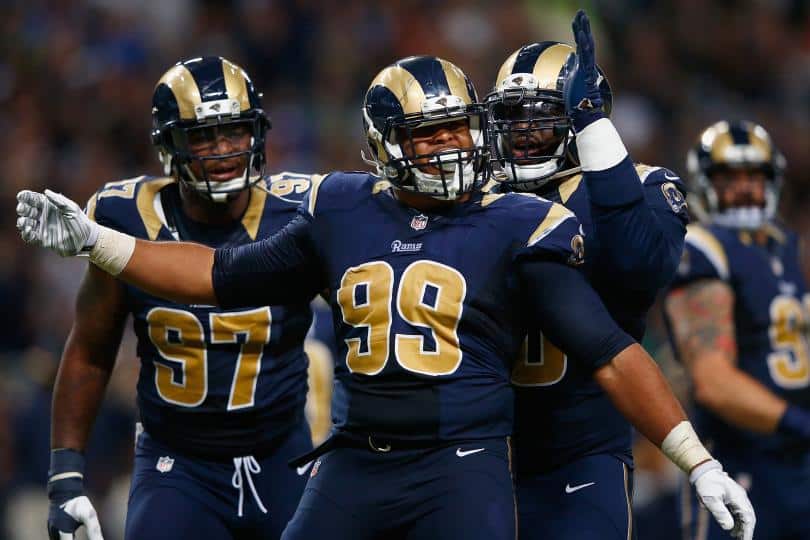 Ajayi will not find the yards easy to come by against the Rams defense, and Ryan Tannehill will certainly be tested by the pass rush. But the real question will be whether Goff will be able to handle the Dolphins defense. Miami is tied for No. 11 in sacks (22), No. 6 in interceptions (9), and No. 13 in forced fumbles (but have only recovered three).

There is no telling how Goff will do. Based off what we saw during the preseason, it should be a long day for him, but that was two and a half months ago. Assuming he made the most of his time, the No. 1 pick in the draft should be ready to play against anyone.

It would also help if Gurley could take some pressure off by having his first 100-yard game of the season. The Miami defense has allowed only two 100+ yard rushers this season (LeGarrette Blount in Week Two; DeMarco Murray in Week Five).