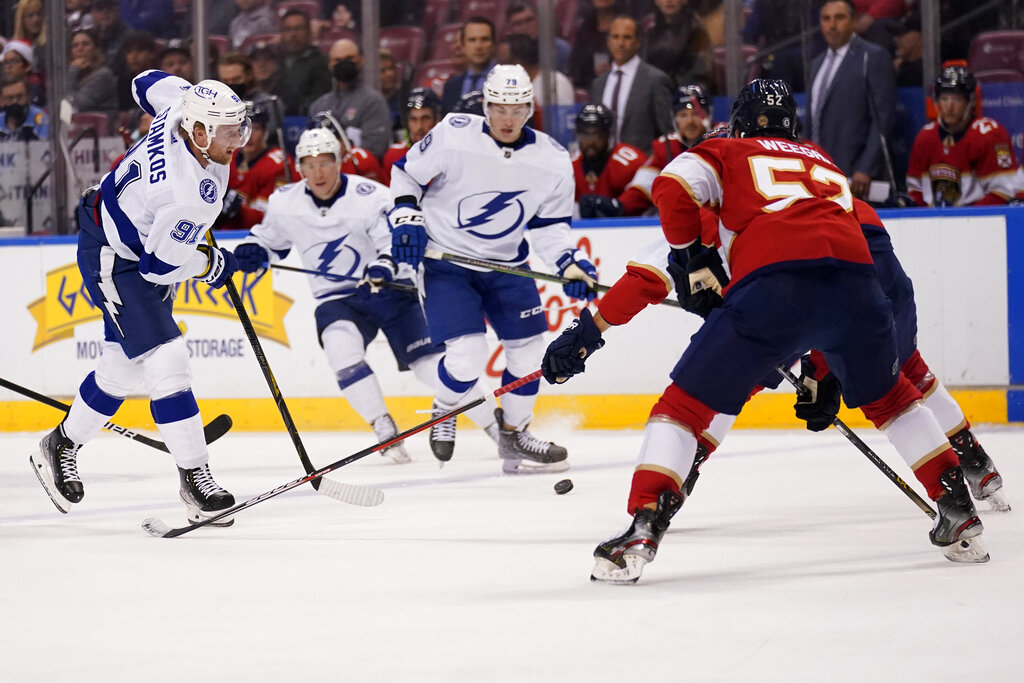 Game 3 of the Stanley Cup Semifinals at Amalie Arena features the Tampa Bay Lightning and the New York Rangers facing off at 3:00 PM on Sunday, June 5 ET. The Rangers are ahead in the series 2-0. Lightning (-170) versus Rangers (+144) has a clear favorite, according to the moneyline odds. Find more below on the Lightning vs. Rangers betting line, injury report, head-to-head stats, best bets and more.

Computer Predictions for Lightning vs. Rangers

Betting Tips for Lightning vs. Rangers

The Lightning on the moneyline (-170) is our best bet after digging through all of the key trends and stats for this matchup. Our computer predicts the scoring will finish over the total of 5.5 goals, with the Rangers (+1.5) covering the spread.