Russell Westbrook is having a historic season; there is no denying that. For some reason, many seem to think he is not worthy of being the league’s MVP this season. Instead, they say James Harden or Kawhi Leonard deserves the honor instead. While their seasons have been great, have they really been better than Westbrook’s?

On an individual basis, the answer is easy—of course Harden and Leonard have not had a better season than Westbrook. Even the staunchest of Westbrook-haters will agree with that. So—why do they think Harden or Leonard deserve to be MVP over Westbrook? It has nothing to do with the quality of Westbrook’s game, but the value of it. 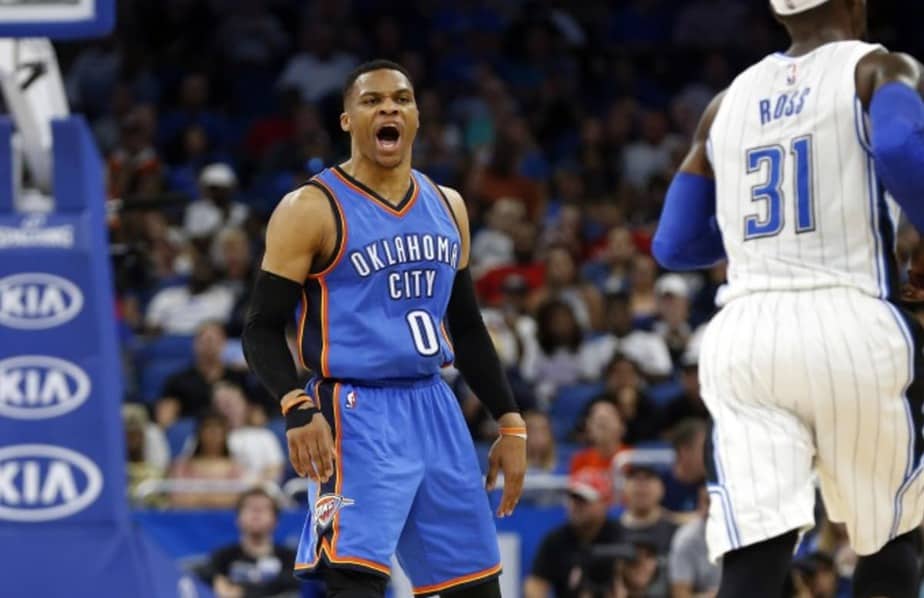 Leonard has been an integral part of San Antonio winning 57 games (so far) and earning the No. 2 seed in the Western Conference. Harden has transformed his game under new head coach Mark D’Antoni and led the Rockets to the No. 3 seed in the West.

If he doesn’t record another triple-double this season, he’ll still have 38 on the year and will average close to a triple-double if he doesn’t end the season averaging one. He’s been the driving force behind the Oklahoma City Thunder winning 40+ games this season and earning the No. 6 seed out of the West.

Since his triple doubles are what have people thinking he should be the MVP, Westbrook’s detractors will point to how many came in losing efforts. They’ll say that if he wasn’t such a stat hog, his team might have had a better chance to win some of those games.

Of the 38 triple doubles he has recorded so far this season, only seven came in games the Thunder lost. So, that argument doesn’t really work. But some haters will still try to use the value of his game—since the Thunder are just a 6-seed–as an argument against him.

To see the value in his game, the haters just need to take a look at his most recent game. Wednesday night against the Orlando Magic, he turned in a record-setting performance that helped his team back from a double-digit deficit to earn a 114-106 win in overtime—and lock-up a spot in the postseason.

As for his game—he recorded his 38th triple-double with 57 points, 13 rebounds, and 11 assists. His 57 points set a new NBA record for most points with a triple double; 36 of which came in the second half with 19 in the fourth quarter including a three-pointer with 7.1 seconds left that sent the game to overtime.

Westbrook records a record-setting triple double while locking up his team’s spot in the playoffs. He does this a game after recording 13-points in the final minutes against Dallas to get the come-from-behind win. 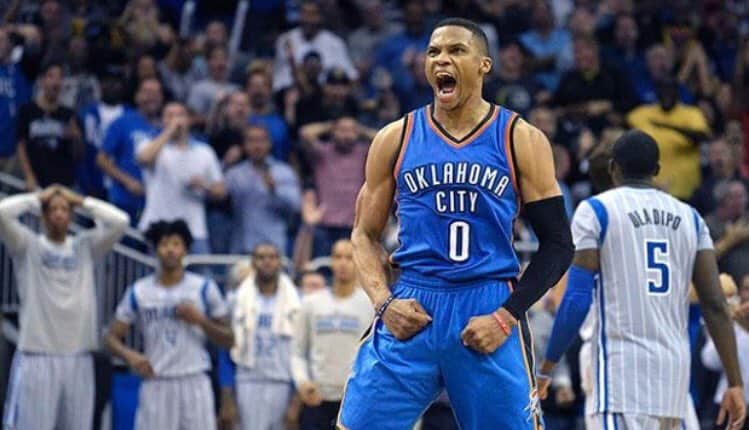 As for out other MVP candidates—James Harden recorded his 20th triple-double Tuesday night in a loss to the Golden State Warriors. He led the team on a valiant comeback attempt after falling behind in the first quarter but was not able to complete it.

Kawhi Leonard could have had an MVP moment of his own against Golden State as well. But instead, his team blew a 15-0 lead to start the game and lost 110-98 Wednesday night.

The MVP typically goes to the best player on one of the top-ranked teams which is why Harden and Leonard are considered such strong candidates. To be fair, they have had great seasons. If Westbrook had not had the year he did, either one would be a worthy MVP.

But Westbrook has been an absolute stud this season, and it will be a crime if anyone other than him is named MVP.