Seattle Seahawks— It’s Not The Officials. It’s You.
Travis Pulver

Winning is good. It is what we all want to do, and when we do it once, we want to do it again. We love that feeling, but if we get to a point where winning becomes something expected, the world often tends to stop cheering for us. It becomes more fun for fans and the media to tear you down—like many are trying to do to the Seattle Seahawks.

Ever since the Russell Wilson Era began in 2012, the Seahawks have become one of the better teams in the NFL. They’ve been to the Super Bowl twice, won once, and are expected to continue to be contenders for years to come. 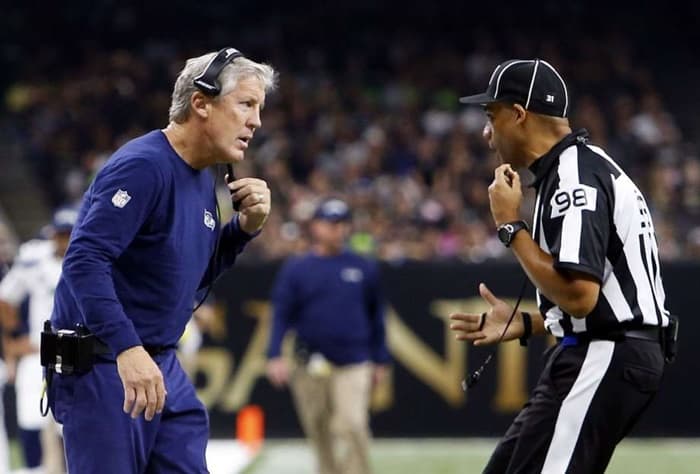 But this year it hasn’t looked pretty. They needed some late-game heroics to beat a bad Miami team 12-10 and lost to the Rams 9-3. They failed to score a touchdown against the Cardinals (a game that ended in a tie) and lost to the New Orleans Saints 25-20 Sunday in a game that saw them get into the end zone just once on offense (only touchdown on last 23 drives).

What has been lost in the shuffle is the fact that the Seahawks are 4-2-1 and have a pretty comfortable lead in a division full of weak teams.

Why is that? Well—when people grow accustomed to excellence they don’t accept anything less; a fact the media has picked up on and exploited for click bait. Following Sunday’s loss to the Saints, many media outlets ran stories relate to what is wrong with the Seahawks and/or what needs to be fixed.

When one of the stars of the team and its head coach complain about the officiating, it only adds fuel to the speculative fire.

Richard Sherman was upfront with his criticism (ESPN):

“The calls — or the lack thereof — were pretty egregious.”

“It’s just tough with the penalties. It’s tough when you play a team that’s averaging seven, eight penalties a game, and they get called for one [actually two] — an obvious false start in the fourth quarter, which the refs really didn’t want to call in the first place.”

Seattle head coach Pete Carrol was not as direct:

“Yeah, because we went into the game knowing they’re a team that gets a lot of penalties,” Carroll said. “And we were in the same boat, so we thought that might match up for us and that might not be a deciding factor in the game. But the [11 penalties to two] thing, that’s pretty far out of whack.

“There wasn’t a significant penalty all day on the other side, so [the Saints] did a marvelous job.”

The two teams went into the game ranked 26th (Seahawks; 70.67 yards) and 27th (Saints; 73.17) in penalty yards per game. Seattle was flagged 11 times Sunday while the Saints were hit with just two.

It’s ironic that the Seahawks are even talking about issues with officiating when they benefitted from a non-call just two weeks ago against the Atlanta Falcons. Richard Sherman was clearly guilty of pass interference on a deep ball from Matt Ryan to Julio Jones that would have put the Falcons in a position to attempt a game-winning field goal. 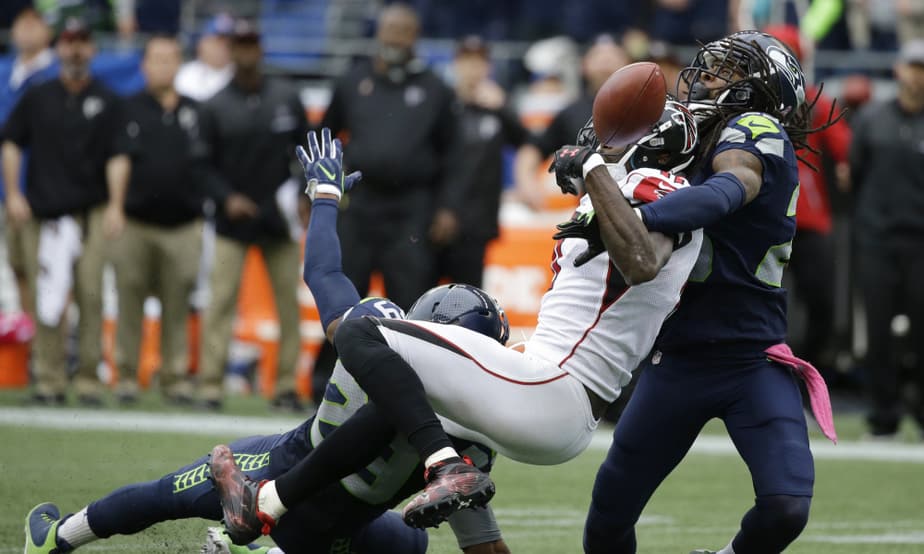 After that officiating snafu, Carrol and Sherman were a lot more understanding. Carrol even conceded that plays like that are difficult for officials. Sherman blew it off and said the head slap he received at the start of that play should have been a penalty.

Not everyone is offering excuses or trying to deflect blame. After the game, Doug Baldwin was clear with what he thought the problem was. It wasn’t the officiating, but poor play by an offense that had just 19 plays in the first half against a weak Saints defense.

The lack of flags against the Saints wouldn’t have mattered if the Seahawks didn’t commit as many stupid penalties as they did. When you come into contact with a ref—even if it is just a hug—you get penalized.

If the Seahawks really want to point the finger at something, they should just look at the many injuries they have had to deal with and their own sloppiness. Their already questionable offensive line has been hit hard with injuries. Russell Wilson has been dealing with three injuries that would have sidelined most players (knee, ankle, and pectoral muscle), and has limited what he can do on the field.

Against the Saints, they had to do without the services of Kam Chancellor and Michael Bennett. Without Bennett rushing the quarterback, Drew Brees was only pressured on three of his 37 drop backs.

Despite the penalties, the mistakes, and the injuries, the Seahawks were still in position to pull out the win at the end of the game Sunday. But the throw was a little high and Jermaine Kearse couldn’t get both feet down. 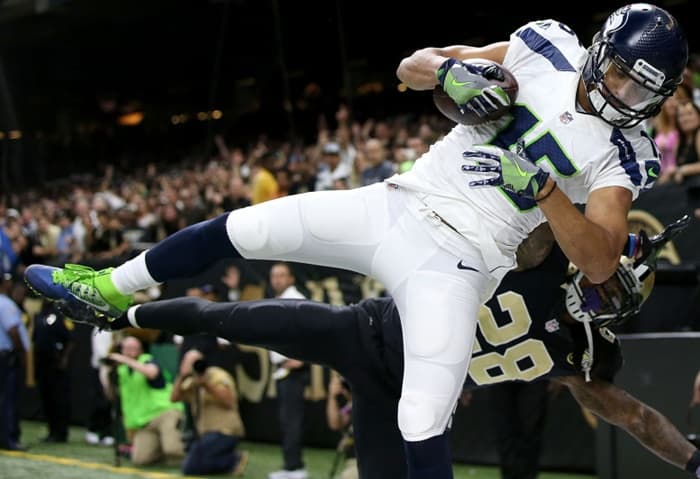 Does losing suck? Of course, it does. When it happens, we want to find a reason. But deflecting responsibility never helps and is something the Seahawks normally don’t do. So—is there something wrong with the Seahawks?

No. They are a football team that is trying to deal with football issues.

They will probably do the same this season, too.