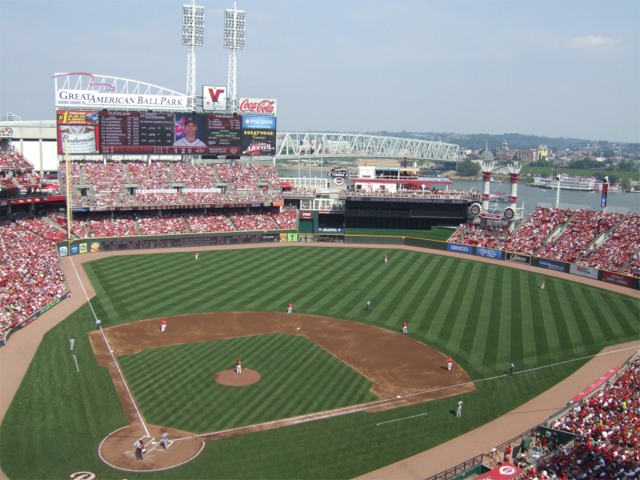 The stadium was built as a replacement for the Reds’ old home field at Cinergy Field, also formerly known as Riverfront Stadium, which they played in from 1970 to 2002.

Prior to the 2015 MLB All-Star game being played at the park, $5 million in renovations were made to the stadium including two new bars and upgraded concession stands.

The field was originally shared between the Reds and the NFL’s local franchise, the Cincinnati Bengals, but both clubs were not satisfied with the field or the arrangement so the Bengals moved on to their own home stadium.

• Ground was broken on the project on August 1, 2000 and completed almost three years later as the stadium was opened on March 31, 2003.

• Due to the limited space for constructing the new ballpark, the Reds’ old home, Cinergy Field was demolished on December 29, 2002.

• The field added a 217 foot wide scoreboard, the 6th largest in an MLB ballpark in time for the start of the 2009 regular season.

• The venue has hosted a number of events not related to sports, such as when President George W. Bush hosted his campaign rally there on October 31, 2004, as well as countless other musical entertainment events.