The Gonzaga Bulldogs had a shot at making history this season. They could have become one of eight teams to go undefeated (assuming they go on to win the Tournament). At the least, they could have become one of 24 teams to finish the regular season with an undefeated record. But that dream came to an end Saturday in their regular season finale against BYU.

After starting the game with an 18-2 run, it looked like the Bulldogs were going to coast to an easy victory over the Cougars. But slowly but surely, BYU chipped away at Gonzaga’s lead over the remainder of the first half. 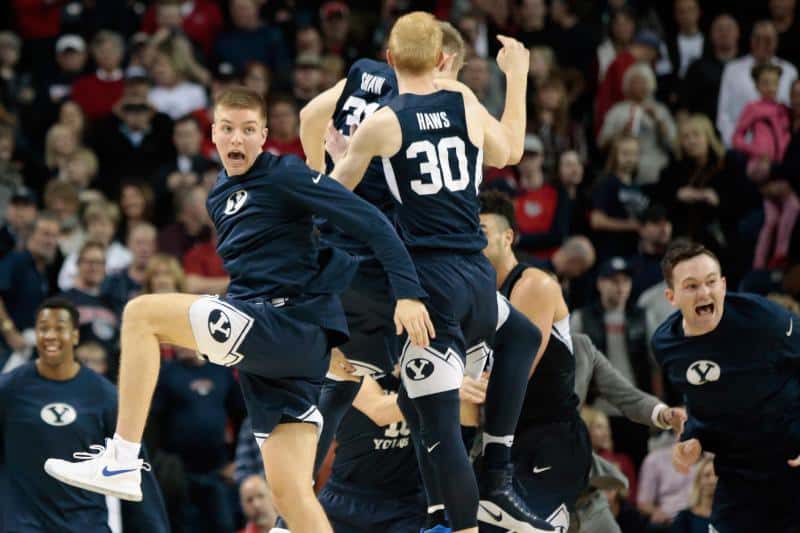 BYU was never able to close the gap entirely but got within a point on a couple of occasions. By the time the half ended they trailed Gonzaga by six, 41-35.

Technically, the game was still within reach for the Cougars, but a few things were not working in their favor. Gonzaga knew how to finish games. The Bulldogs had not trailed in the second half for weeks (15 games).

Overcoming the nation’s No. 1 team would not be an easy feat for a team more than likely bound for the other tournament, the NIT. It would take an incredible performance for BYU to pull out a win—which is be beaten what they turned in.

After failing to make a three-pointer during the first half, the Cougars made nine in the second (next to three for Gonzaga). BYU outscored the Bulldogs 44-30 in the second half and brought an end to Gonzaga’s perfect season with a solid 79-71 victory.

“Obviously, it didn’t go as we hoped,” Gonzaga coach Mark Few said (ESPN). “We missed a lot of free throws and turned the ball over too much to be able to win a close game like that.”

Eric Mika led the way for BYU with 29 points and 11 rebounds. His basket with 1:06 left to play gave the Cougars the lead, 73-71, and he iced the game moments later with a steal and a pair of free throws that gave BYU a six-point lead with 12 seconds to play.

Nick Emery’s free throws ended the scoring and made the final score 79-71, BYU.

So—what does this all mean? Essentially—nothing. Gonzaga loses the perfect regular season and may fall from the No. 1 spot in the rankings. If they do, they will not fall far with No. 2 Villanova and No. 4 Arizona also losing in the last week. It’s more likely they remain the No. 1 team but lose a lot of votes to No. 3 Kansas (who will likely become No. 2).

As for the Tournament, they could fall out of the No. 1 seed since they did not have a very tough schedule, but if the do—so what! They will certainly not fall lower than a No. 2 seed.

What the loss does do is show that they can be beaten and that they are vulnerable. When the game became tough, the Bulldogs essentially failed. Gonzaga turned the ball over a lot and struggled to find shots. They lacked any semblance of poise and appeared to be overwhelmed in the moment.

So go ahead and pick them to win in the first and second round, but don’t be too quick to move them too far after that.