Golden State Warriors Finally Figure Out How To Win Again–But Can They Sustain It?

Everything was going fine for the Golden State Warriors. They added one of the most prolific scorers in the game to the roster in Kevin Durant. With his help, they were cruising through the regular season—but then he got hurt. Then the wheels fell off the Ferrari, and they started losing.

One loss rolled into another, but then they won two in a row. Everything must be okay—right? Then they lost three in a row, one to a very good Boston team, another to the lowly Timberwolves, and the third to San Antonio’s second team.

It had gone from not looking good to looking downright terrible. They won 73 games last season without Kevin Durant. How come they can’t win without him now?

The question has to be on the minds of Warriors fans everywhere. But then they noticed the Philadelphia 76ers on the schedule for Tuesday night. Without Joel Embiid in the lineup, the 76ers have gone back to being horrible again. So—surely their team can right the ship against the lowly 76ers?

There is no way the 76ers should have been able to keep up with one of the top teams in the Western Conference—but they did. For most of Tuesday night’s game, they held their own against the defending Western Conference champions. They were only down by one after the first, up by one at the half, and led by 12 heading into the final quarter.

Looking at just the first three-quarters of the game, it is easy to say the Warriors didn’t get the ship righted at all. If anything, they punched a few holes in the hull. But what happens over the final 12 minutes is what makes this a potential turning point for the Warriors.

Suddenly, Philadelphia’s offense struggled against Golden State’s defense and struggled to play defense against the Warriors offense. It only took the Warriors a few minutes to erase the deficit. A Draymond Green three-pointer cut the gap to 92-91 just four minutes into the quarter. Shaun Livingston put the Warriors up, 93-92, on their next possession.

It wasn’t all sunshine and roses for the Warriors. The lead bounced back and forth for a few minutes until a Steph Curry three-pointer followed by a Matt Barnes three-pointer put Golden State up 104-99 with 2:42 still to play. At that point, the old 76ers gave the Warriors an assist. A foolish turnover, a bad pass, and a missed 2-foot shot in the final seconds of the game cost the 76ers their shot at pulling it out. 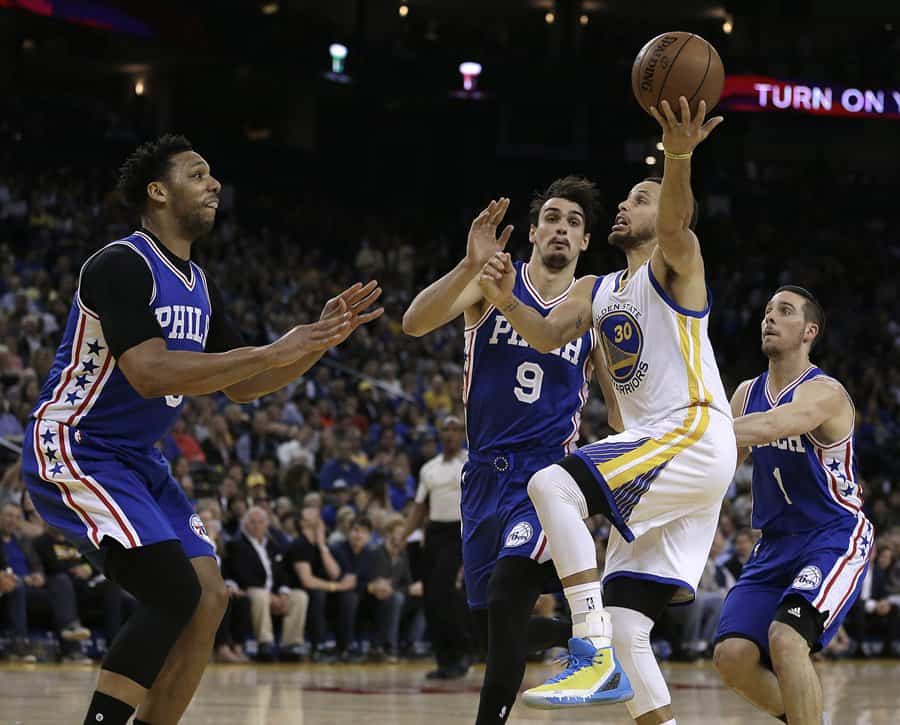 “It should hurt,” 76ers coach Brett Brown said after the game. “We put in the time, we were in a position on the road to try to get a great win.”

The win allowed the Warriors to regain the best record in the Western Conference by a half game. After losing three in a row, the San Antonio Spurs had pulled into a tie with them following their win over the Atlanta Hawks Monday night.

When push came to shove, the Warriors were able to buckle down on defense and get enough done on the offensive end to win the game. Steph Curry had another forgettable night from the floor (8-23; five of 13 from three-point range). But despite his struggles of late, he refuses to say he is in a slump even though he is just 26 of 89 from behind the arc over the last eight games.

“That’s what I love about Steph is that he’s never going to stop shooting and he never loses confidence,” Kerr said (NBCSports). “That’s the mark of a star, when it’s not your night, and you still hit big shots to help your team win.”

So—what was the secret to their come-from-behind win? Well, it wasn’t because they were hitting shots (36.8 percent) or because they went nuts from three-point range (43.8 percent; not bad, but not great). Along with playing better defense in the clutch, the win can best be attributed to better contributions on the scoreboard from more players. 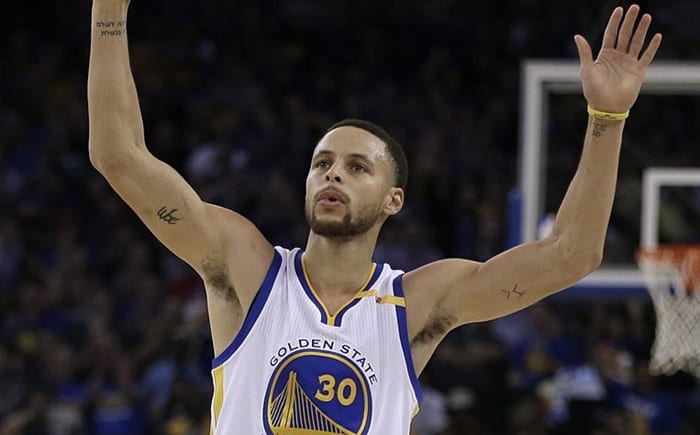 Until Kevin Durant can return, they need more nights like they had against the 76ers where Steph and Klay took care of business but so did Draymond Green. If they can make that happen, they could very well remain the No. 1 seed in the West.

But if they don’t, it looks like the road to the NBA Finals will go through San Antonio.