Home
Basketball
Golden State-Oklahoma City Recap: Thunder Fans Let Kevin Durant Have It But He Gets The Last Laugh

Golden State-Oklahoma City Recap: Thunder Fans Let Kevin Durant Have It But He Gets The Last Laugh

Kevin Durant knew he was going to be walking into hostile territory Saturday night. He knew the fans in Oklahoma City were not going to be real happy with him his first time back in town. Boos were to be expected; likely for the entire game. But would anyone try to do anything more to express their displeasure with him?

One would hope not, but these days you can never tell. People do all sorts of idiotic things in the name of fan-dom. Just in case–Kevin Durant had some additional security for his time in Oklahoma City.

As it turns out, the worst thing that happened during the trip (that has been shared) was getting rejected by a local steakhouse. Durant wanted to rent out a steakhouse for after the game, but the proprietor decided to turn down the $30-35,000 check and stay loyal to the Thunder instead.

Durant was okay with inviting his old team to join them, but the owner decided against it (Durant’s agent says the story is false—but what do we expect him to say? Durant still ended up eating there.).

As luck would have it, the restaurant owner was the only one that played effective defense against the Golden State Warriors while they were in Oklahoma City. When the Thunder did try to play defense against Durant, it didn’t work very well. He scored 24 of his 34 points on contested shots and made 63 percent of his shots from the floor and 67 percent from behind the arc. 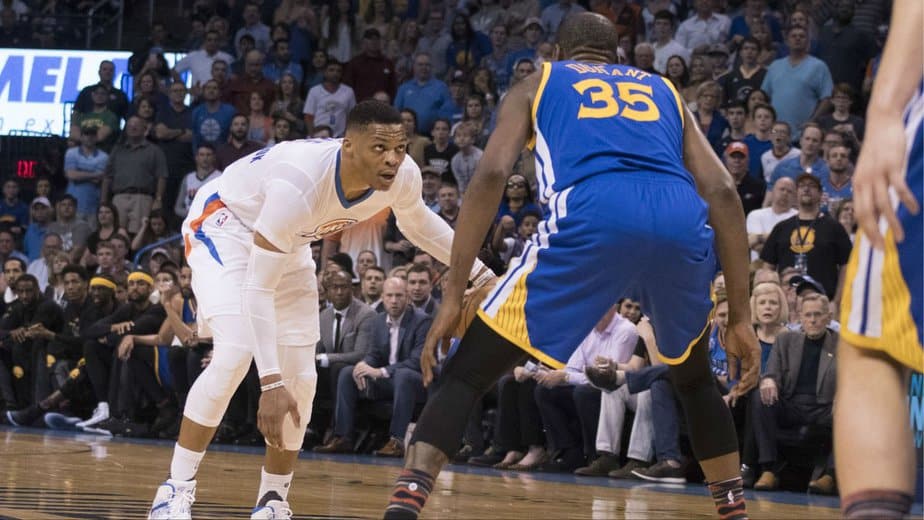 It was actually a close game for a while.  After the first period, the Warriors only has a six-point lead, 30-24—but then the second period happened. Golden State couldn’t be denied, and the Thunder couldn’t make a shot. When half time mercifully arrived, the Warriors had a nice 23-point lead, 73-50.

Oklahoma City tried to make a game of it in the second half and tried to make the contest a bit more intense. Durant ended up having a pretty heated moment with Russell Westbrook and another with Andre Roberson.

However, while the Thunder played with a little more passion and intensity in the second half than they had in the first, it wasn’t nearly enough to make more than a dent in Golden State’s lead. The Thunder got within 12 around the seven-minute mark, but never got closer. 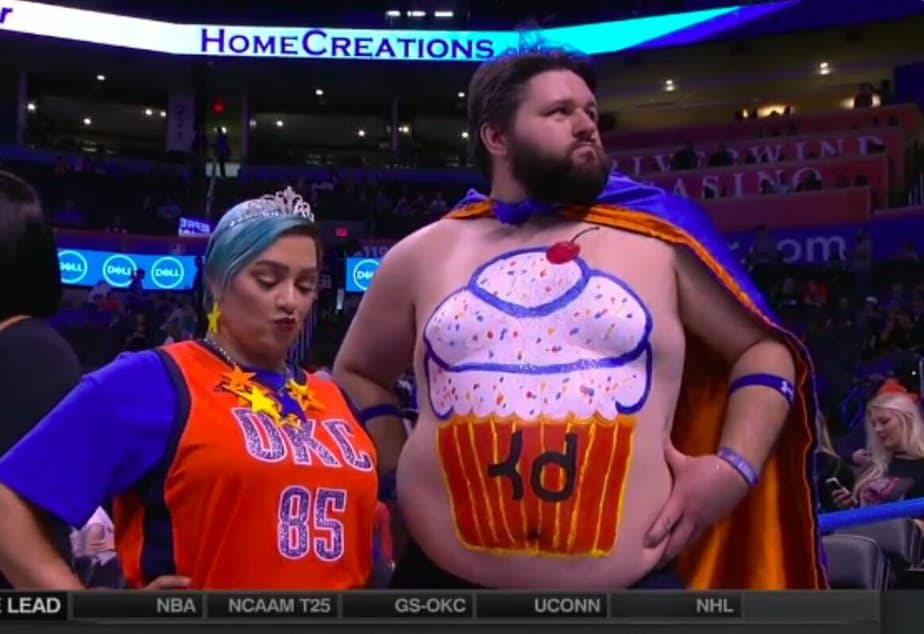 While the fans treated him with a cacophony of boos and chants of “cupcake,” it was Durant who got the last laugh:

“It was a fun game,” he told ESPN. “I actually thought [the boos] would be a little bit louder. To become one of these guys who they boo is kind of fun, so I have to embrace it.”