When there is something on the line, it is not unusual for a team to find a way to play a little bit harder. Colorado certainly did in its win over Utah as did Penn State in its win over Michigan State. Both teams are now headed to their respective conference championship games. But there was nothing on the line for Florida and Florida State Saturday night.

Florida’s spot in the SEC Championship game was already locked up. Neither team was ranked high enough for a win to get them into the playoffs. So neither had anything to gain with a win over the other except for the one thing that matters most—pride. 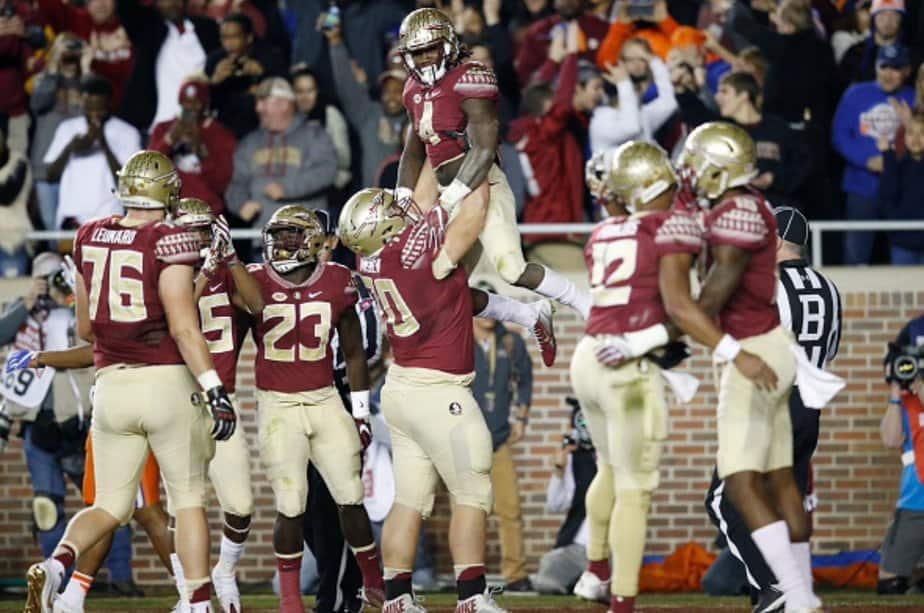 A win would mean Florida’s seniors could go out with a win over their hated rival. For Florida State, it meant locking up the meaningless “state title” for the fourth year in a row. Meaningless to anyone outside of the state, but not to fans of Florida, Florida State, and Miami. There is no trophy—just bragging rights. When the final whistle blew at the end of the game with Florida State ahead, 31-13, it became official.

The bragging rights belonged to the Seminoles once again.

If Florida was going to win, it was going to be on the strength of its highly-ranked defense (fifth overall, 20th against the pass, fourth against the rush). The Gators certainly couldn’t count on its 103rd ranked offense to score, although, the offense did get off to a nice with a nine play, 73-yard drive.

But rather than take points and kick a field goal on fourth and goal from the two, they went for it—and failed to convert.

Florida would only gain 132 yards over the remainder of the game.

“We had a pretty good plan those first eight plays, but we just became stagnant,” Florida coach Jim McElwain said. “Give the defense credit. We couldn’t block up front, and we couldn’t protect.”

The Gators couldn’t tackle Florida State running back Dalvin Cook either. The big junior got the Seminoles on the board late in the first quarter with a 17-yard run touchdown run. He would go on to carry the ball 26 times for 153 yards; his third straight 100-yard performance against the Gators.

“This is the game you put on the calendar at the beginning of the year. You prepare for them and take advantage of the moment,” Cook added about playing in rivalry games. 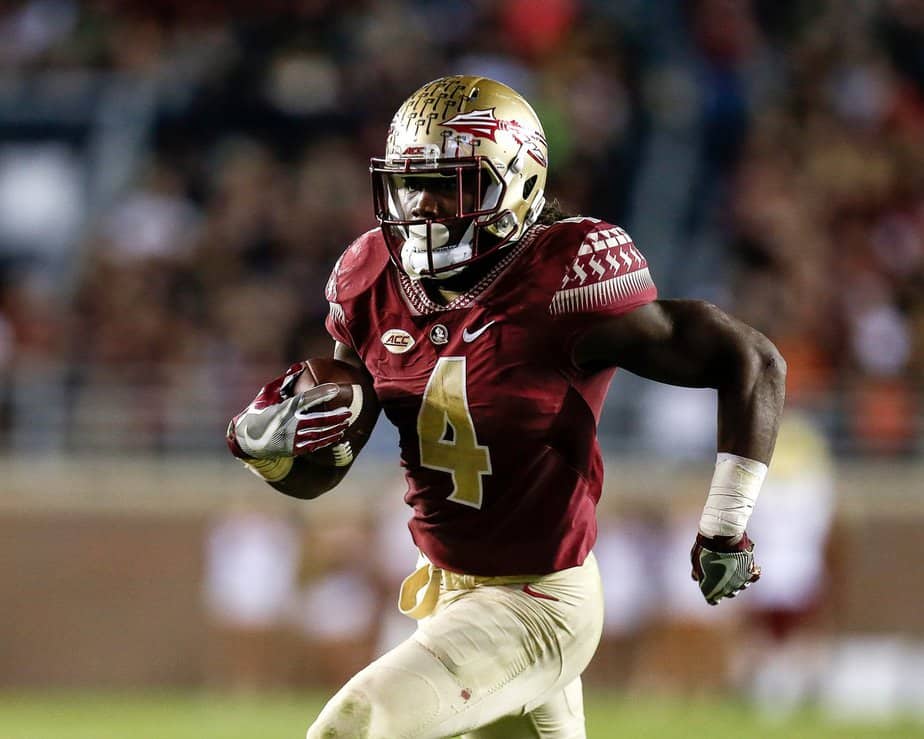 Florida finally got a break in the fourth quarter with a 12-yard fumble return for a touchdown to close the gap to 24-13, but the offense failed to provide any help. Florida State quarterback Deondre Francois finished the scoring off with an eight-yard touchdown run with 1:00 minute left to play.

After the game, reporters tried to get Cook to say whether this would be his last home game for the Seminoles. As a junior, he could declare for the draft and would likely be taken late in the first round or early in the second. But he didn’t bite.

“I can’t answer that question,” Cook said with a slight smile.

After holding off LSU last week, Florida fans probably felt confident they had a good chance of ending Florida State’s winning streak. But an inability to open holes for Jordan Scarlett (53-yards) or protect Austin Appleby (19-35 for 149 yards; six sacks) was too much for the Gators to overcome.

The win should bump the Seminoles up a couple of spots in the rankings. It will probably do the most damage to the ratings of the SEC Championship game. If Florida State could do dominate Florida as they did, Alabama is going to destroy the Gators. Crimson Tide fans will love it, but most college football fans would rather watch CSI: Miami reruns than see Alabama dominate someone–again.