There is only one thing that can top two great basketball teams playing for the right to move on to the National Championship game—one of those teams being someone no one expected to be there. Regardless of what people may think of Gonzaga’s schedule, seeing them in the Final Four was not surprising.

South Carolina, on the other hand, was. But that is why the Tournament is must-see television. It gives a team a chance to put its best foot forward when it matters most and earn a shot at the title—which the Gamecocks nearly did. 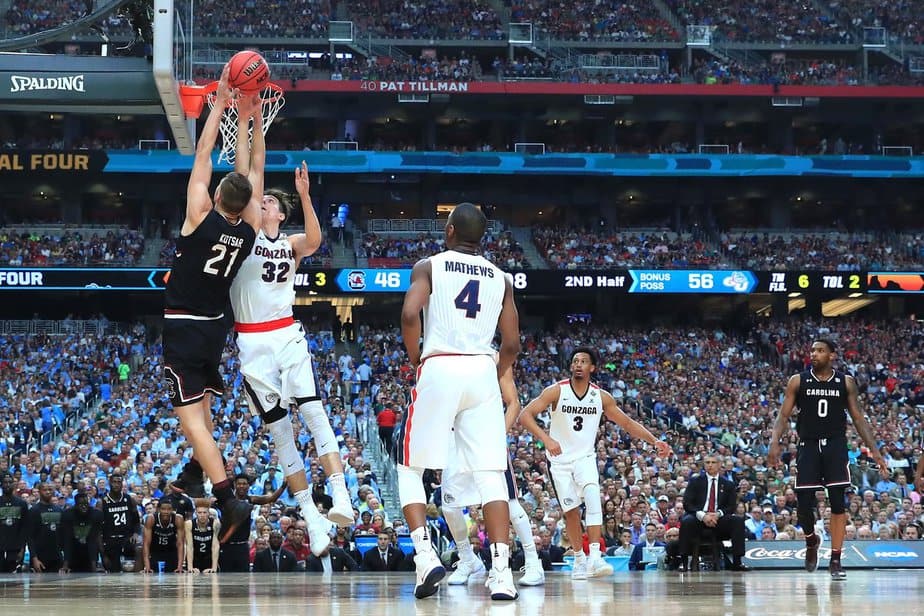 But the Cinderella run came to an end Saturday night with a 77-73 loss to Gonzaga.

The game was expected to be a close, hotly contested one and didn’t disappoint. Neither team was able to gain a decisive advantage for most of the first half. That is, until the last five minutes when Gonzaga went on a 14-5 run giving them a 45-36 lead at the break.

Nine points was not an insurmountable lead for the Gamecocks to overcome but to do so they would have to play a much better game in the second half. They especially needed a better effort from their star player, Sindarius Thornwell.

Thornwell battled a virus all week leading up to the game and didn’t look like himself in the first half. In the first 20 minutes, he had more turnovers (2) than he had successful shots (1). But, to be fair, he wasn’t the only one that struggled. The Gamecocks half-court offense made just 10 of 29 shots (34.5 percent).

The defense that fueled South Carolina’s Tournament run was lacking as well. Gonzaga’s half-court offense was much more successful than South Carolina’s (17 of 27). After holding teams to 65 points a game, the South Carolina defense allowed Gonzaga to score 45 while shooting 58 percent from the field.

Thornwell was going to need to wake up in the second-half, and the defense was going to have to clamp down on the Bulldogs offense—and they did.

Gonzaga’ offense extended the lead to 14-points about midway through the second half, but South Carolina was able to erase the deficit and take a two-point lead with a nice 16-0 run of their own. But a 7-0 run gave Gonzaga back the lead—as it turns out, for good.

Chris Silva got South Carolina within two-points, 74-72, with 2:09 left. But the Gamecocks couldn’t close the gap. A pair of Killian Tillie free throws ended the scoring and made the final score, 77-73.

“Just an awesome, awesome basketball game, with just how hard both teams competed,” Gonzaga head coach Mark Few said after the game. “It took everything we had to hold them off and come back.”

South Carolina may not have played their best defensive game, but they didn’t play a bad defensive game. The Gamecocks contested 70 percent of Gonzaga’s shots—but the Bulldogs still made 45.2 percent of them. 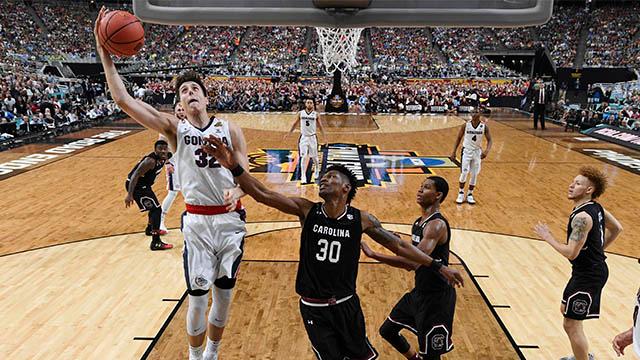 Gonzaga contested 74 percent of South Carolina’s shots, but the Gamecocks offense wasn’t nearly as successful. They only managed to make 30.6 percent of their contested shots.

Sindarius Thornwell did step up his game in the second half, but it wasn’t enough. He ended the game with 15 points and five. P.J. Dozier chipped in 17 points, and Chris Silva recorded a double-double with 13 points and 13 rebounds.

Gonzaga got big games out of its star players. Nigel Williams-Goss led the way with 23 points followed by Zach Collins who had 14 points and 13 rebounds.