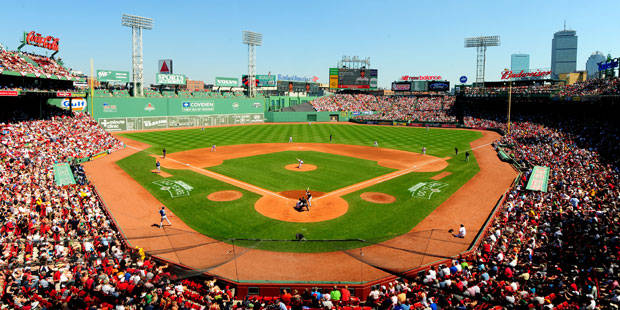 The Red Sox have played at the field since 1912, making it the oldest professional baseball field currently in use by a Major League Baseball franchise.

Due to its age, the park has gone under renovations many times throughout its history, including additions like “The Triangle”, “Pesky’s Pole”, and the Green Monster in left field.

Besides baseball, the stadium has also hosted a number of other major sporting events throughout its time such as football games for the old Boston Redskins, Boston Patriots, and Boston Yanks, as well as countless more music entertainment events.

• The first game played at the stadium was back on April 20, 1912 and featured a contest between the Boston Red Sox and the New York Highlanders, with the Red Sox winning by a final score of 7-6 in 11 innings.

• Fenway Park has hosted the World Series 10 times in its history with the Red Sox winning 5 of them.

• The old ballpark was added to the National Register of Historic Places on March 7, 2012, a few months after its centennial.

• After gaining a name as having consistently low attendance, the Red Sox’ success over the last two decades has sparked a revival and on June 17, 2009 the stadium celebrated its 500th consecutive sellout for Red Sox games.