San Antonio had a chance to do something special Wednesday night against the Sacramento Kings. With a win, the Spurs could extend their record for consecutive seasons with 50+ wins to 18. They stood at 49 going on, had won their last eight, and were completely expected to make it nine in a row except for one thing.

Kawhi Leonard and LaMarcus Aldridge were not going to play. Neither player was injured. Head coach Gregg Popovich just wanted to give them a night off to rest. 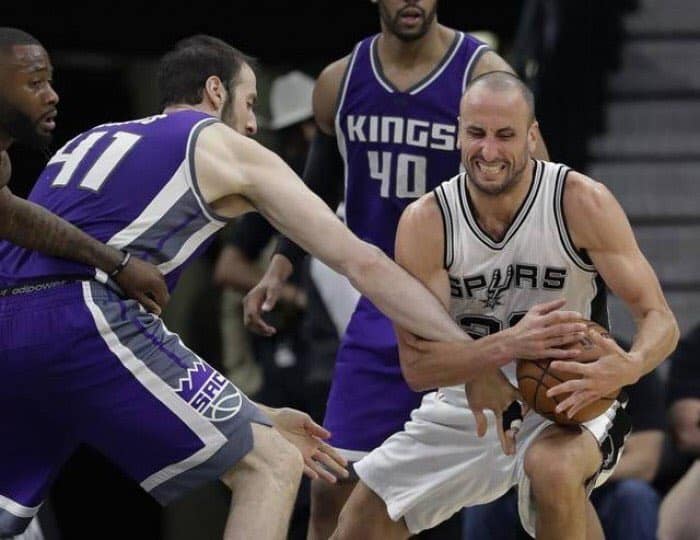 But minus their two star players, even a team like the Sacramento Kings becomes a challenge to the San Antonio Spurs. Yes, the Spurs still had a better team, but whenever you take the two best players on a team away, it becomes harder to win no matter who you play.

In the first quarter that appeared to be the case. Sacramento led 37-15 after the first quarter. With 4:41 left to play in the second, the Kings held a 59-31 lead over the Spurs. It was definitely not looking good for San Antonio.

A 17-4 run to end the quarter made the first half look a little better for San Antonio, but they were clearing getting outplayed by the Kings in just about every facet of the game. But if there is one thing that can be said for teams coached by Gregg Popovich, it is that you can never count them out.

San Antonio came out strong in the second half and by time the third period was over succeeded in closing the gap to just 86-82. It only took San Antonio a couple of minutes to tie the game up (88-88) in the fourth. About midway through the quarter, Patty Mills hit a three-pointer to give San Antonio the lead for good. The Spurs outscored the Kings 23-12 the rest of the way to secure the win, 114-104.

So, minus their top two scoring threats, the Spurs managed to mount the biggest comeback of the Gregg Popovich Era and extend the 50+ game streak for one more season.

Time for the obvious question—so how could a win in a game Kawhi Leonard didn’t even play in damage his MVP credentials?

Statistically speaking, James Harden and Russell Westbrook are having better seasons. They are the clear catalysts for their respective teams. Take them away, and the Rockets and Thunder have a much harder time beating the Brooklyn Nets. It is clear how important they are to the success of their teams.

Tuesday night Westbrook scored a career-high 58 points against the Portland Trail Blazers—but the Thunder still lost by six. Harden scored 35 in Houston’s loss to Utah Wednesday night and also broke his own record for most turnovers in a single season (he had six to make the new record 376) with 17 games left to play still. 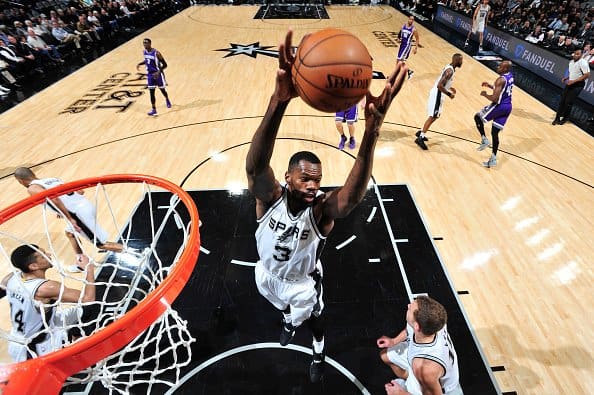 It’s easy to be a beast like Westbrook when you are stuck on a mediocre team like the Thunder. When you create as many problems as Harden does, you are going to get more opportunities to pad the stats you want to pad.

Leonard is on a good team, and his play makes it an even better one. However, when the team mounts the largest comeback that it has ever had under its longtime head coach (Popovich has been the head coach of the Spurs since 1996), you have to wonder just a little.

Is it the player? Or is the coach? Is Kawhi Leonard the driving force behind the season he’s been having or is he a product of the system that Gregg Popovich has established in San Antonio?

Many will probably scoff and give all the credit to Leonard because he is the one that goes out and plays—not Popovich. To be fair, he is a large reason the Spurs have been successful in recent years and especially this season.

But is he the main cause or is he a product of the system? Who knows, but there is one thing that is certain–if this game does detract from Leonard’s MVP-resume it should add to Popovich’s Coach of the Year-resume.