On the surface, the Week 17 game for the Dallas Cowboys meant nothing. It didn’t matter if they beat the Philadelphia Eagles or not. They would have the best record in the NFC regardless and will host whatever games they play in during the postseason (except the Super Bowl of course).

However, the game ended up being one of the most meaningful ones of the season. Why? Well—because not only did Tony Romo play, but he didn’t get hurt again, and he looked good.

For the last week, fans had been led to believe that Tony Romo would not see any playing time in the regular season finale against the Eagles. Jerry Jones made it clear early on he didn’t feel the team had anything to gain by playing Romo

“We don’t feel like any game we’d get from him stepping out there running some plays, several plays, a series of plays would be worth the risk,” Jones said (SportsDay).

Jones did say he could see value in Dak Prescott playing, though, since he could learn from the experience of playing in such a hostile atmosphere. He also talked about how he would want Romo to get reps—if he did:

“We’re just not concerned about him having play time,” Jones continued about Romo. “But sure wouldn’t want him to get any time other than playing behind our first.”

So when the word spread Sunday morning that Tony Romo and Mark Sanchez would see time against the Eagles, the football-loving free world let out a collective, “WTF Jerry?” But as Dallas fans know, Jerry’s mind is an ever-changing wonder. He can do something one minute and change his mind before the interview is over.

When you are a billionaire owner of the most valuable sports franchise in the world, you are allowed to change your mind as often as you want—and claim that you knew what you were going to do all along.

It made sense to want to protect Romo from the possibility of another injury. If he suffered another one, Jones would be lucky if he found someone willing to trade him a water boy for Romo. Not that he’ll have too many teams interested in Romo at his current salary (base of $14 million in 2017; cap hit of $24.7 million) and with his injury history, but you never know.

If a team is desperate enough they may make a crazy offer.

Jones has said he is not interested in trading Romo despite his salary. Since Dak Prescott will be working under a fourth-round rookie contract for a few years, he could carry Romo’s salary for the time being.

Maybe that is why Jones decided to go ahead and give Romo some playing time against the Eagles even though he would not be out there with the first team (since many of them were getting the day off or were out of the game when he entered).

So—what did the Dallas Cowboys discover? 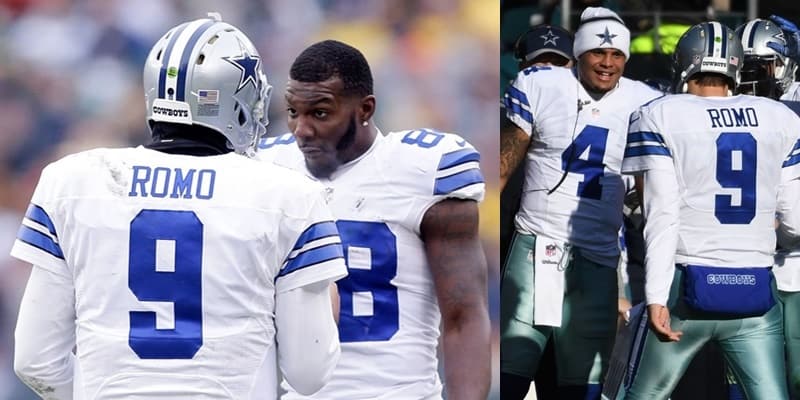 It looks like everyone was happy to see him play.

As hoped/expected, Tony Romo still has game. He launched one deep (that Terrance Williams did not catch) on his first play in a regular season game since Thanksgiving 2015 as if to say,” Hey—look what I can still do!”

He only played one series and completed three of his four passes for 29 yards and a touchdown (a three-yard throw to Williams)—and just like that, he was done for the day, healthy and with a touchdown pass under his belt.

”I don’t think anything better could have happened than to have Tony get out there and get some really great, positive snaps,” owner Jerry Jones said after the game. ”It was such a positive for our team to see the depth we have now and Tony stepped out there and looked just like he’s looked at practice.”

In came Mark Sanchez, and in case you were wondering—he still stinks.