Could A Door To The No. 1 Seed Be Opening Up For The Houston Rockets? Maybe…Just A Little…

The notion sounds crazy—and it probably is. Houston wasn’t even expected to be in a position to be the No. 3 seed when the season started. With a new head coach, new system, and Dwight Howard leaving town expectations were that the Rockets could contend for a low seed in the playoffs, but the No. 3 seed or maybe—just maybe—the No. 1?

No way. Not a chance. Maybe when that place bad people go when they die freezes over, pigs learn to fly, and drinking beer becomes an Olympic sport. Even then—just maybe.

Well—as it turns out, a door may be opening for the Rockets to make a move up to No. 1. Sound crazy? Maybe a little ridiculous? Highly unlikely? It probably is—but crazy stuff happens in the wide world of sports all the time.

But how could it even be possible?

Well—take a look at the Golden State Warriors. Ever since Kevin Durant went down with a knee injury they have looked dazed and confused. In the six games since then, they have lost four, allowed 40+ in the first quarter twice, failed to score 90+ points twice, and have only shot better than 30 percent from three-point range twice.

They managed to overcome a slow start against a good Atlanta Hawks team but then they folded like a cheap lawn chair in the fourth quarter against an even better Boston Celtics team. What the heck is going on with this team? 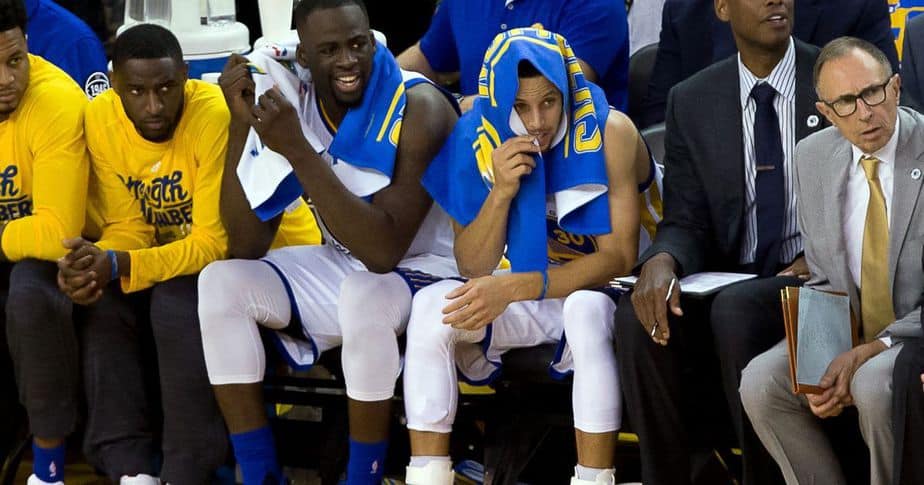 Kevin Durant’s absence hurts, but they are basically still the same team that won 73 games a year ago and the NBA Finals the year before. So, why can’t they get it together?

Fans will say they simply are not making their shots. Sometimes they just don’t fall. Steph Curry has hit less than 30 percent of his three-pointers over the last 13 games. Eventually, the shots will fall, and everything will be right in the world.

But in the six games before Durant’s injury, the team shot at least 35.5 percent from behind the arc with one exception—a 25 percent night in a loss to Denver.

Okay—so Steph Curry and the rest of the Warriors have lost their mojo somehow. But they are still one of the best teams in the NBA. With only 16-17 games left there is no way they stink it up so bad that Houston can overcome a 7.5 game deficit—right?

Could the dysfunction be that severe?

San Antonio might be able to overtake them since they are just 1.5 games behind the Warriors (prior to Saturday night’s game). But San Antonio has issues of their own.

Kawhi Leonard is in the league’s concussion protocol. That should only cause him to miss a few games at most. But they might not see LaMarcus Aldridge for even longer.

Aldridge is out indefinitely with a minor heart arrhythmia. Towards the end of his rookie season, Aldridge was diagnosed with Wolff-Parkinson-White syndrome, an abnormality that can cause a rapid heartbeat. He missed the final nine games of the season and part of training camp leading up to the start of the 2011-12 season.

The Spurs mounted a 28-point comeback against Sacramento without Leonard so they can survive without him (but they had Aldridge). Saturday night against the Warriors they will be without Tony Parker and Dejounte Murray as well. That may not matter much since the Warriors will be sitting Stephen Curry, Klay Thompson, Draymond Green and Andre Iguodala.

San Antonio is built to survive without its superstars but whenever you have to play without your top two scoring threats for more than a couple games your odds of winning go down. 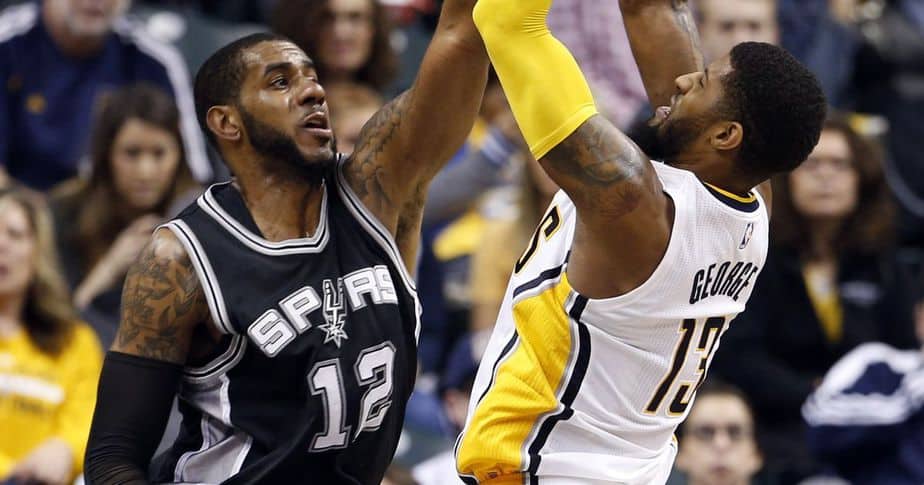 Can The Rockets Blast Up To No. 1?

Could they go down enough for Houston to overcome a six-game deficit? It’s hard to imagine that they could. Gregg Popovich has done more with less over the last couple decades than any franchise in the NBA. He’ll figure out some way to keep his team winning games.

Will they lose a few more down the stretch? Yeah—probably. But they will win more than they lose. The same can’t be said for the Houston Rockets.

Houston lives and dies by the three-pointer. They don’t have the best three-point shooters on the roster, but they throw up such a high volume of three’s that they can afford to make a lower percentage and still win a lot of games. This style can work out over the course of the season, but on a game-to-game basis, it is impossible to tell how the team will do.