Home
Football
Cleveland Browns Get It Right With the First Pick Of The 2017 NFL Draft, But The Chicago Bears With The Second Pick--Not So Much

Cleveland Browns Get It Right With the First Pick Of The 2017 NFL Draft, But The Chicago Bears With The Second Pick–Not So Much

After seemingly endless weeks of talk and speculation, it is finally over. The first round of the 2017 NFL Draft has come and gone. But the talk and speculation have only just begun. Now, instead of guessing who will go where, the media and so-called experts will get to debate who made the best moves, worst moves, most surprising, and–of course—the dumbest.

Some may have been surprised by the first pick. After telling us for weeks that Texas A& defensive end Myles Garrett was the clear-cut and obvious No. 1 pick, over the last couple of weeks, many media outlets tried to convince us that the Cleveland Browns might pick North Carolina quarterback Mitchell Trubisky. 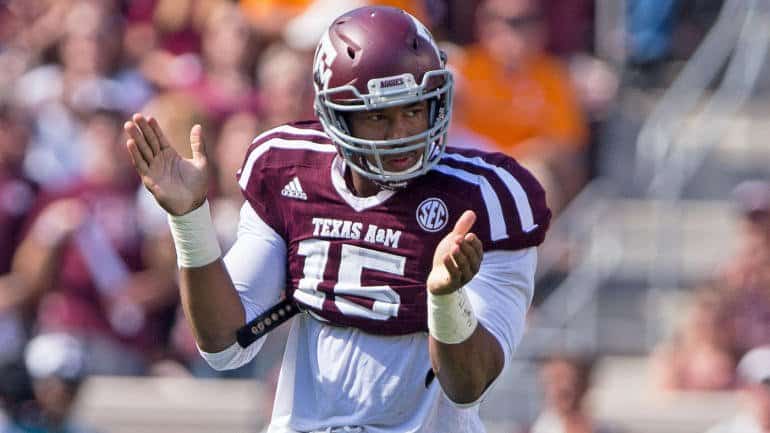 But they didn’t. The Browns went with a guy who could very well become an impact player from Day One regardless of who is on the field with him. Any quarterback will be dependent on his offensive line and skill players.

A defensive lineman can be helped by his supporting cast. It certainly doesn’t hurt if there is an interior lineman or linebacker the offense is also worried about blocking. But if Garrett is as great as the Browns hope he is, he will not need a supporting cast to be a playmaker.

With the No. 1 pick, you want a guy ready to play now. Myles Garrett is such a guy. Mitchell Trubisky is not. So—while the Browns still need a quarterback of their own, they succeeded in making life harder for every quarterback they are going to play (win–Cleveland).

Some will call the Browns taking Garrett a dumb move, but it will take some time before we know whether that is the case or not. However, some moves simply made fans and the media respond with an emphatic, ”WTF?” The biggest such move easily belonged to the Chicago Bears.

According to the rumor mill, the 49ers were set to take Stanford defensive lineman Solomon Thomas with the No. 2 pick leaving the Bears to do whatever they wanted at No. 3. But for some reason, the Bears felt the need to give the 49ers a third and fourth pick this year and a third-round pick in next year’s draft so they could move up one slot to take Mitchell Trubisky.

So—they give away three picks to move up one slot for a quarterback when they just signed a guy (Mike Glennon) to a three-year, $45 million contract (with $18.5 million guaranteed) to be the starter.

Yes, the 49ers need a quarterback, and they could have taken Trubisky. If they did—so what? If the Bears really wanted to take a quarterback that high there was still Deshaun Watson, Patrick Mahomes, Deshone Kizer, or maybe they wait until next year and go after Baker Mayfield.

They had options. They could have gotten a much better value with the No. 2 pick (or No. 3). Yes, they filled a need, but if they were that concerned about the position then why pay Mike Glennon so much? 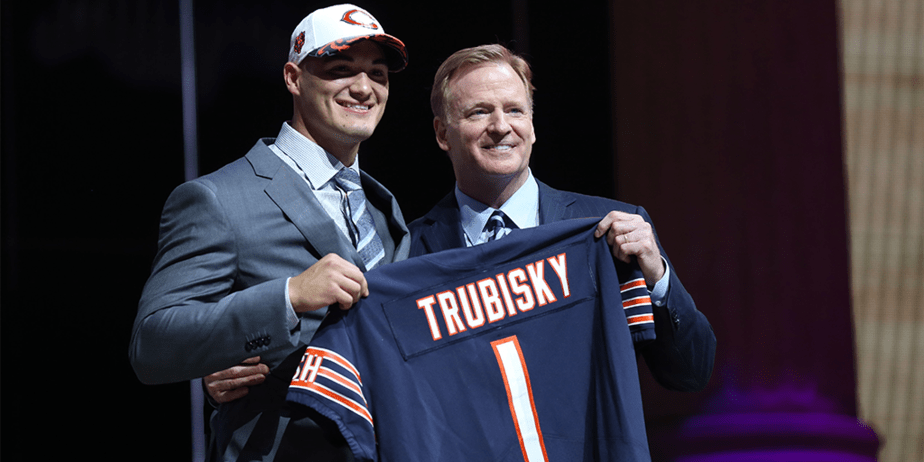 The obvious answer to that is because the team has an out with Glennon after one year and they want Trubisky to sit for at least next season. But there is no guarantee that Glennon will be able to get the job done. For one, he hasn’t exactly looked great when he has played. He saw most of his playing time in Tampa Bay during his rookie and sophomore season and won just five of 19 games. His accuracy is lacking (career 59.4 percent passer), and his average per pass attempt isn’t exactly inspiring (6.51 yards).

No quarterback is going to do well without a supporting cast. Jordan Howard ran well last season, but the Bears have a sub-par receiving corps on a good day. But the offensive line is not bad. Last season they only allowed 28 sacks (seventh lowest) and 73 hits (ninth lowest). So, whoever plays this season may not have anyone to throw to, but at least they’ll be protected.

There is a good chance that Glennon will fail in Chicago. After taking a quarterback with the No. 2 pick, the fans will want to see him in action—as will the ownership. Waiting until the Bears are 2-7 will not be an option either. As soon as Glennon throws his first bad pass, the fans will start demanding a switch.

It will not matter to them that Trubisky isn’t ready yet; just like it didn’t matter that Carson Wentz wasn’t ready in Philadelphia last year. High-profile picks are expected to play—ready or not.