Home
Football
CFP Semifinal: Playstation Fiesta Bowl—Clemson Gets What It Wants And Hands Urban Meyer Something He’s Never Had

CFP Semifinal: Playstation Fiesta Bowl—Clemson Gets What It Wants And Hands Urban Meyer Something He’s Never Had

Everyone likes to claim “We Want Alabama” but most say it with the knowledge that they will more than likely never have to act on the claim—but not Clemson. They are probably the one team that said it, meant it and going into Saturday night’s CFP Semifinal game against Ohio State in the Fiesta Bowl were a game away from getting it.

All they had to do was take care of business against Urban Meyer and his Ohio State Buckeyes—and they did with a dominant 31-0 win. 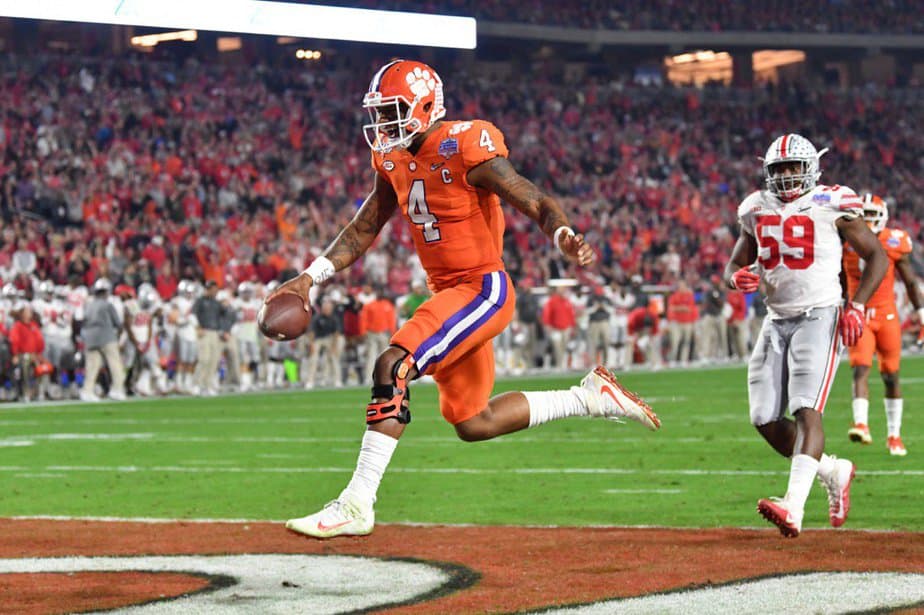 A Deshaun Watson interception gave Ohio State the chance to take an early lead, but what it did was give fans an indication of how the game was going to go. A short pass gained two yards, and another resulted in a two-yard loss. An incomplete pass set up a long field goal attempt—which was missed.

Ohio State had no answer for the speed and size of Clemson’s front seven. The Tigers ended up sacking Barrett three times and kept him on the run throughout the game. Normally, being on the run would be a good thing for Barrett, but his speed was not enough to escape that of Clemson’s defense. His 11 carries—which included a long of 11—resulted in a total of negative two yards.

The Buckeyes offensive production did not look much better. Clemson held one of the nation’s best offenses (No. 20 total yards; No. 9 in scoring) to just 215 yards and nine first downs, and no points. It was the first time an Ohio State team had been shut out since 1993, and the first time (out of 194 games) a team coached by Urban Meyer had been shut out.

“I thought we were going to go compete for the national championship in 10 days or whatever it is,” Ohio State head coach Urban Meyer said after the game. “I really did. That comment I made [about maybe being a year away] was prior to the season — not today.

“Shoot, I thought we were ready to go. And I didn’t anticipate this at all.” 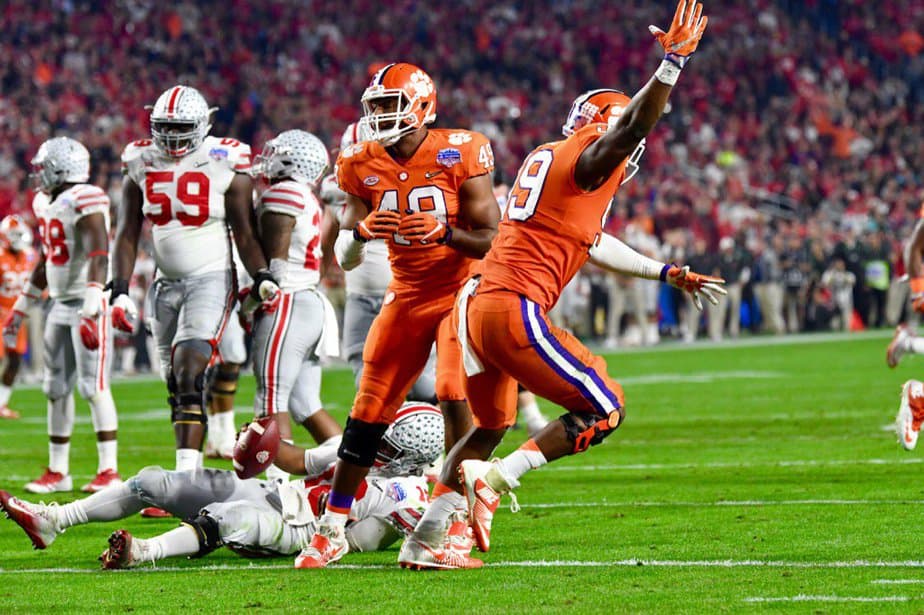 Watson looked good overall completing 23 of 36 passes for 259 yards, a touchdown, and two interceptions. He added another 57 yards and two touchdowns on the ground (15 carries). Neither interception ended up costing the team. The first resulted in a missed field goal and the second a punt.

“If I throw a pick or make a mistake, I’m not going to shy away and not just going to throw it. I’m going to take my chances, take my shots,” Watson said after the game. “I feel like the bigger the risk, the bigger the reward. I have guts and have that trust in my arm and my receivers I try to do that. … I just go out there and play ball and don’t worry about mistakes. The great ones make mistakes, too.”

He may want to be a little warier about taking on risks against Alabama. The Crimson Tide have scored 11 touchdowns on defense, five on fumbles returned and six off interception returns.

The early line has Alabama favored by seven in the first national title rematch since the national championship game was established in the BCS Era (1998). Alabama won last year 45-40.