How The Atlanta Falcons Can Win Super Bowl LI

It has been a long time coming for Matt Ryan and the Atlanta Falcons. Back in 2012, it looked like they were going to do it after winning 13 games during the regular season. But the 49ers defense (No. 2) slowed Matt Ryan down and Colin Kaepernick put up enough points to keep the Falcons from reaching the big game.

What made the loss to San Francisco even worse in hindsight was the belief that the team would be back. They had one of the best young quarterbacks in the game in “Matty Ice” so why wouldn’t they be? 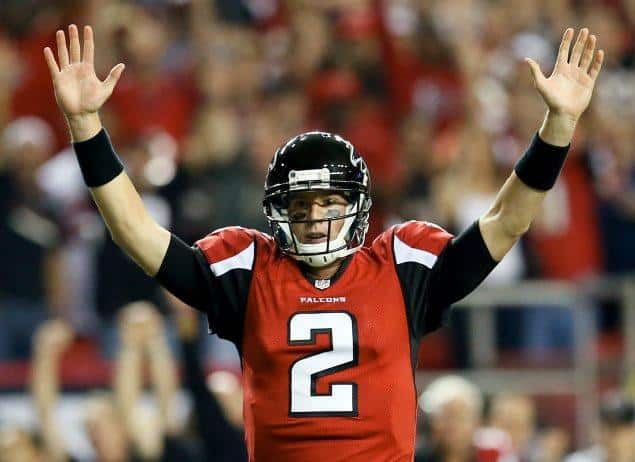 Well—when your running game goes from bad to worse, you lose one of your top wide receivers for most of the season and age catches up with the other one, and your defense forgets how to play it can be kind of hard to win three games let alone 13.

But now they are back. The defense still isn’t top-notch, but it has the potential for greatness (as they showed down the stretch in the regular season and against Seattle and Green Bay). Matt Ryan has become one of the better veteran quarterbacks in the league, and he has one of the top two wide receivers in the league catching passes from him in Julio Jones. The running back tandem of Devonta Freeman and Tevin Coleman is capable of taking over a game and breaking it wide open on any given play.

So—how can they defeat the New England Patriots and win the first Super Bowl in franchise history?

The New England Patriots are not exactly pushovers, so this isn’t going to be easy. Yes, the Falcons have the No. 1 scoring offense in the league, but the Patriots have allowed the fewest points in the league. How can the Falcons overcome such a stingy group?

The answer is simple—they must outscore them, they can’t make many (if any) mistakes, and they need to keep Tom Brady off the field. Brady will eventually get the offense clicking, but the longer it takes for him to find his rhythm the better.

Atlanta is going to look to put up points on the Patriots just like they did everyone else this season—through the air. The Patriots defense doesn’t do anything crazy. There is no big secret to their success. They just do a basic part of the game very well—tackle.

This season the Patriots allowed more than 23 completions a game (Matt Ryan happens to average 23/game). They allowed only 6.3 yards an attempt and just 10.2 yards per completion. Okay—but why does that matter?

It means that you can complete the short routes against them but good luck getting many (if any) yards after the catch (YAC). You may catch the ball against them, but you are going to get tackled pretty quick. The Patriots defense only allowed 91.4 YAC during the regular season (lowest in NFL).

So Matt Ryan is going to complete some passes to his guys, but can they do something with the ball afterward? If the regular season is any indication–yes. Atlanta’s receivers tallied 2,382 YAC during the regular season (No. 2) and averaged 6.37 YAC per reception (No. 1). 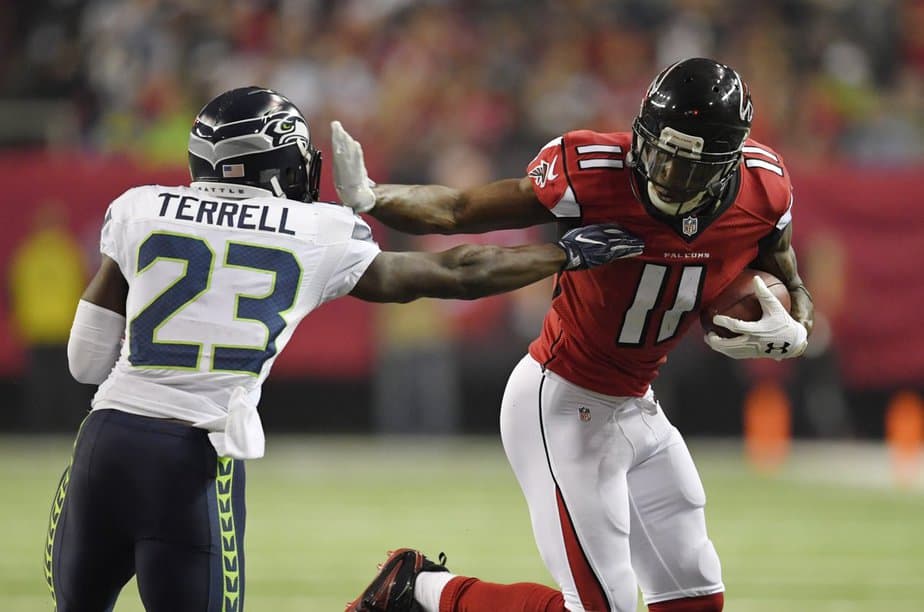 So as long as they can break a few tackles, the Falcons are going to score. As for mistakes, they are not penalized much (6.1 per/game; 8th fewest), and they tied with New England for fewest turnovers this season (11). So New England is not going to get many if any free yards or short field courtesy of turnovers either.

So as long as they can break a few tackles, limit the penalties, and not turn the ball over, they’ll be in good shape. But can they keep Tom Brady off the field? The defense is not going to be good enough to stop him, and the best way to slow him down is to keep him from finding his rhythm.

If they can break a few tackles, not turn the ball over, and keep from killing drives with penalties they are capable of taking time off the clock and keeping Tom Brady off the field—and winning Super Bowl  51.