With a win over Temple in the American Athletic Conference game Saturday, the Navy Midshipmen would have been in line for a trip to the Cotton Bowl. They would have to beat Army as well which means the bowl selection process would have to wait till after the Army-Navy game—if Navy had beaten Temple.

But they didn’t. The Owls got out to a 21-0 lead early in the second quarter and cruised to a 34-10 victory for their second conference championship in school history. 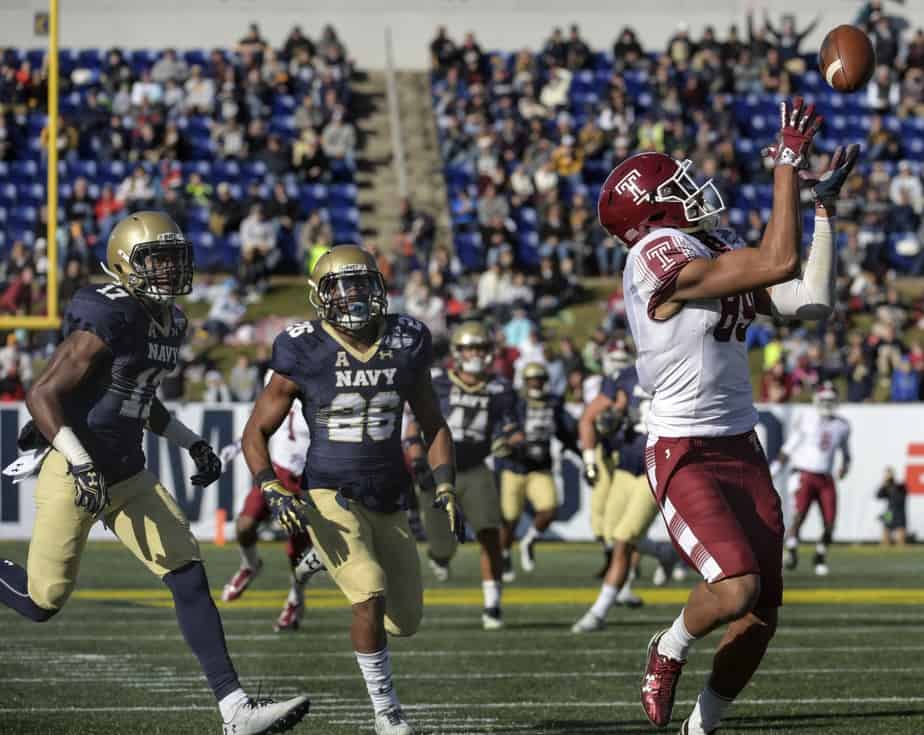 Temple did exactly what they needed to do against a team like Navy—get out to a fast start and play tough defense. They scored touchdowns on their first three drives of the game while Navy’s offense floundered (turnover on downs, fumble, three and out).

Being down two touchdowns was a bad enough sign for the Midshipmen. With an offense based almost entirely on the running game, overcoming large deficits is not easy. The last time they overcame a 14-point deficit was in 2010 against SMU.

Navy fans probably hoped their team would get on track and make a game of it, but they never did. Instead, a hard day became harder. They lost quarterback Will Worth to an ankle injury early in the second quarter. Before the first half ended running backs Toneo Gulley and Darryl Bonner were lost to injuries as well.

So—they would have to complete the comeback in the second half without the guys responsible for almost half of the team’s total rushing yards and 31 touchdowns. It didn’t look good.

Zach Abbey was called upon to take over for Worth. The sophomore appeared in his first game a few weeks ago against East Carolina and recorded his first touchdown the following week against SMU but didn’t throw a pass until he was inserted against Temple.  He ended the day 7-13 for 104 yards and two interceptions. 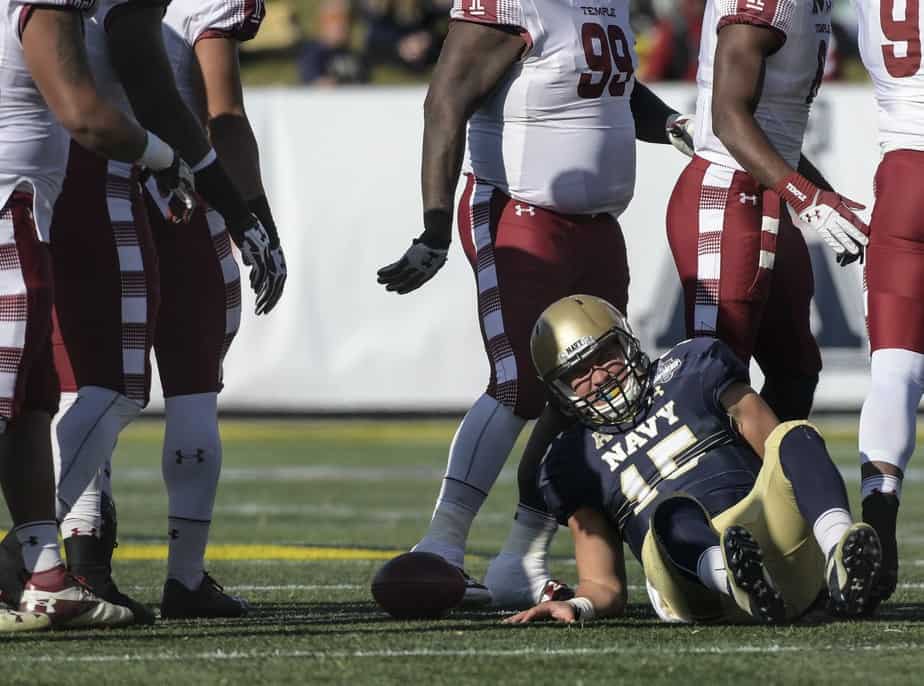 “I missed some reads, wish I had some plays back,” Abbey said after the game.

By the time the day was done, the Navy rushing attack would produce just 168 yards; they had averaged 342 yards per game during the regular season.

As much as Navy would have liked to win the conference championship, they now must be concerned about winning the game that matters most—next weekend’s game against Army. This year, the Black Knights will be bringing the No. 3 rushing attack to the game and the No. 5 defense (No. 19 against the run and No. 6 against the pass).

Worth is out for the season which means that Abbey will likely end up getting his first start. So it will be up to him to make sure the winning streak doesn’t end at 14 games.