One of the most well-known assertions in football is going to be put to the test Saturday afternoon when the Temple Owls and Navy Midshipmen take the field to decide who the champion of the American Athletic Conference is this season. We’ve all heard. You may or may not believe it, but it still gets used by coaches, players, and the media all the time. 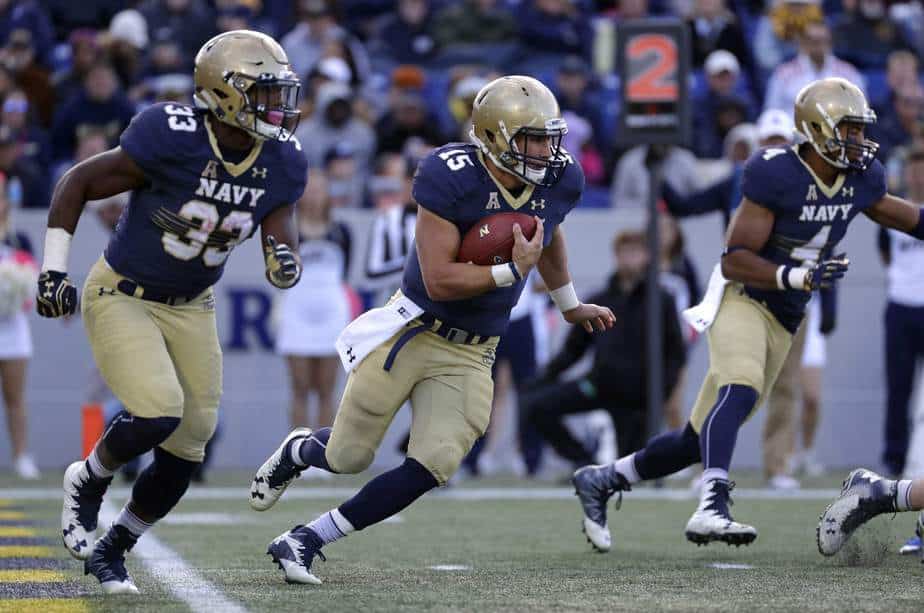 Everyone loves offense. It’s what gets people jumping out of their seats, high-fiving strangers, and cheering like there’s no tomorrow.  Why? Easy–because we love scoring! In the end, it is the team with the most points that matter so we love to watch teams score as many as they can as fast as they can.

More often than not, that requires something that the Naval Academy doesn’t do very often—passing the ball. It’s not that they can’t; Navy is one of the most efficient passing teams in the country. But you are not going to see a Navy quarterback throwing the ball more than 10 times a game on a regular basis. The two occasions where they did this season happen to be in the two games they lost (Air Force, South Florida).

Navy’s strength is in its running game which happens to be the second best in the country with an average of 342 yards/game.

So—they must be boring then, right? The excitement and points are in the passing game, and if all they do is run, they must be dull.

Wrong. Along with being the No. 28 offense in the country, the Midshipmen have averaged 41.7 points/game this year (No. 11). That’s more than many of this season’s national contenders (i.e. Clemson, Alabama, Michigan, Penn State, and Oklahoma State).

The Midshipmen are hoping their triple option attack can lead them to victory in their first conference title game in the 136-year history of the program (they were an independent until 2014).

The Temple Owls will have the unenviable tasks of stopping them and earn their first conference title since 1967 (Mid-Atlantic). While they do have a decent offense that averages over 400 yards of offense and 30 points a game, if they are going to stop Navy, it will be because of their defense.

“It’s a great offense, and they’ve done a terrific job of wearing teams down and winning the war of attrition,” Temple coach Matt Rhule said about the Midshipmen. “That’s something we pride ourselves on. It’s not often that we play other teams that run, run, run and pound people until they submit, but that’s what Navy has done.” 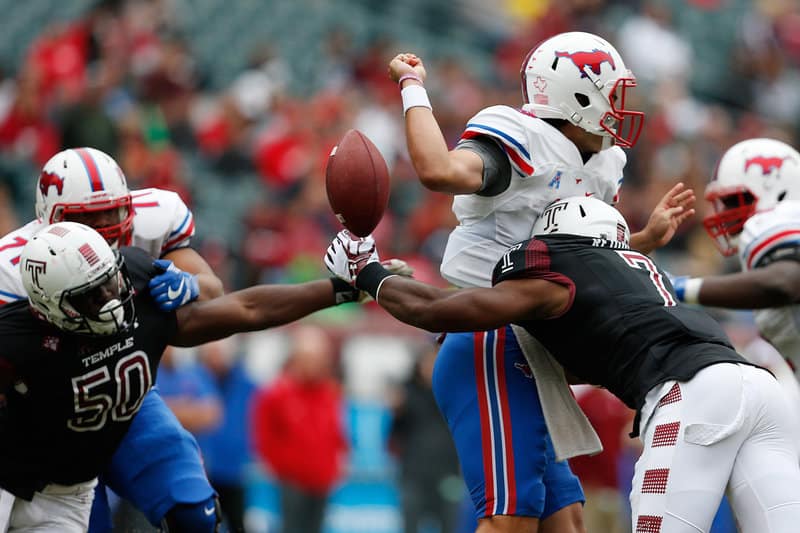 The question isn’t only can Temple slow Navy down enough to win the game, but can Temple’s middle-of-the-road offense put up enough points of their own. They are decent at passing and running, but not great at either. But they are also playing a Navy defense that probably relies on not having to be on the field very much.

Navy’s defense has given up around 30 points a game; Temple has scored 32 points a game. So, theoretically, they should have a chance, right?

Yes—but don’t expect them to win.

As good as Temple is, they have their issues just like everyone else. They began the season with a loss to Army—who used the triple option attack to rack up 329 yards on the ground. Penn State made use of a fast start and some big plays in their victory over the Owls. Big plays helped Memphis take down Temple as well, but the 27-unanswered points point to weaknesses in Temple’s offense and defense.

Temple’s best chance is to do what South Florida did—get out to an early lead and force the Midshipmen to pass. It worked for South Florida (who got out to a 28-0 lead in the first quarter against Navy). It could work for them.

But if they don’t and the game is close going into the second half—Navy will win.