On paper, the Oklahoma Sooners and Auburn Tigers were a pretty decent match. Oklahoma had the offensive firepower, but not the defense. Auburn had the defense and a good running game but wasn’t one for passing the ball—which was good for Oklahoma since they had one of the worst pass defenses in the country.

But for that to matter, Auburn had to move the ball. With a solid run game and an okay passing game, the Tigers had to be on point for the entire game if they wanted to win—but they had a little trouble doing so. 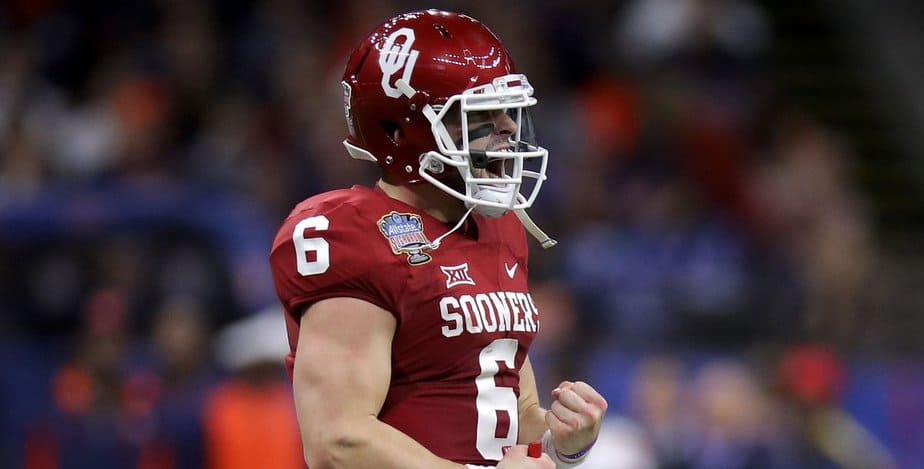 On the first drive, it appeared like Auburn would be able to get the job done. Sean White guided the Auburn offense right down the field on the opening drive of the game covering 75-yards in 14 plays. Chandler Cox covered the final three yards with a nice little run to put the Tigers up 7-0.

But Auburn would not lead for long.

Tigers quarterback Sean White completed some nice passes on the drive; with Oklahoma’s pass defense being kind of weak, he needed to get the passing game moving for Auburn to have a chance. If he could throw like he did on the opening drive, Sooners fans may not like the outcome of the game—but a problem developed.

He broke his arm on the opening drive.

“I thought it was just a bruise — a pretty good bruise,” White said. “I didn’t think I had broken it. But as the game went on, I noticed I was throwing like crap. Something ain’t right. They checked me out and then realized I broke it.” 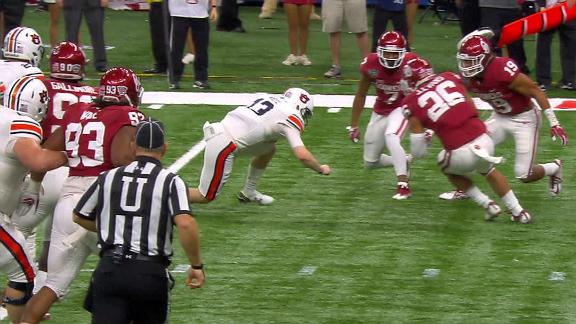 John Franklin III took over for White, but while he is a strong running threat, he is not much of a passer. Sure enough, Auburn’s offense suffered. Franklin was able to guide Auburn to a field goal on his first drive to pull the Tigers within one at the half, 14-13.

But with no passing game, the Tigers defense would have to control the Sooners offense, and Baker Mayfield, Joe Mixon, and Samaje Perine were too much for the Auburn defense to handle. Oklahoma’s defense had no trouble handling Franklin or Jeremy Johnson (when he entered the game for an injured-Franklin).

With Auburn’s offense dying out after White left the game, Oklahoma took over the game and dominated the rest of the way. The Tigers defense played well enough to keep the score from getting too out of hand. But between the running game and Baker Mayfield putting on a clinic on how to escape the pass rush, the Tigers didn’t stand a chance.

“He was 30 yards away,” Mayfield said. “I told the offensive line, so they kind of geared up. I told them, ‘We still gotta finish it out the right way, but it’s just some extra motivation for you.” 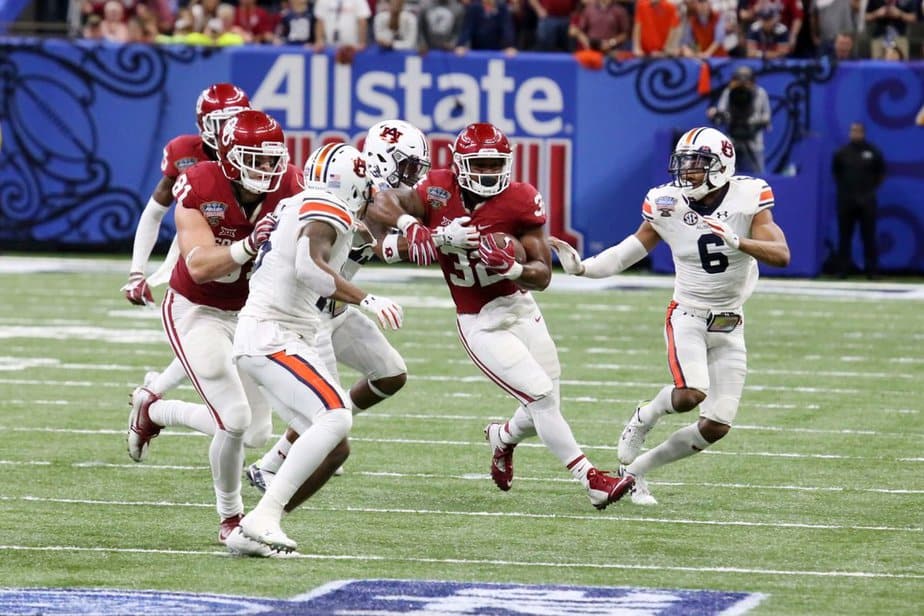 Mayfield has already said he will be returning to Oklahoma for his senior season, but he’ll likely have to break in a new backfield and find a new ace wide receiver. Samaje Perine has already stated his intent to enter the draft, many expect Joe Mixon to do the same, and Dede Westbrook is a senior.

Auburn has a good defense and running game, but not much of a passing game. But they could get if Baylor transfer Jarrett Stidham can win the starting job during the offseason.