Not that I care about the Wizards, never did, except the season when the GOAT, Michael Jordan was playing for them and I got to be one of the lucky fans to attend his very last game against the Philadelphia 76ers….ahhhh, those were the days when I knew all about the Wizards.

But let’s get back to the present day reality, which by all means looks very harsh and grey for the Washington Wizards. Only 2 seasons ago, the Wizards were one of the hottest teams in the league and it seemed like they were on a path to become the new Oklahoma City Thunderlike franchise. However, that hype did not last too long, as the Wizards finished .500 the very next season (2015/2016) and ever since, things don’t look too bright for the Wizards. 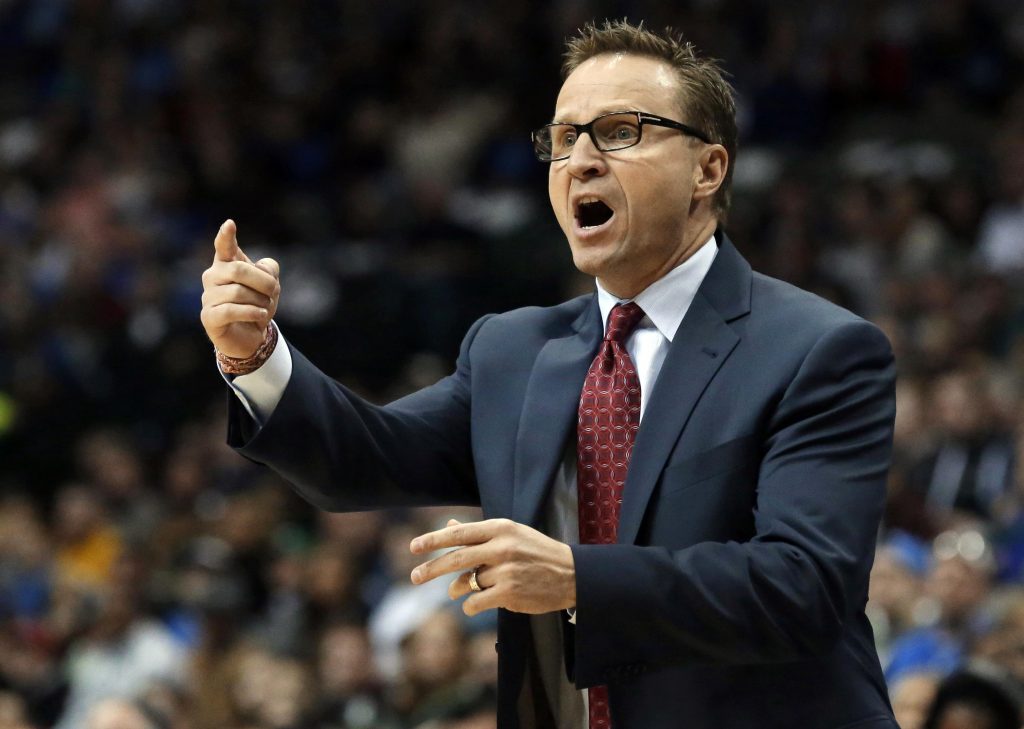 Scott Brooks could be the right fit for the Wizards!!!

Personally, I heard more about the Beal-Wall beef during the off-season then about the newcomers and Wizards plans to make the Play-offs. Oh yeah, I forgot to mention that Randy Wittman got kicked out as the whole shenanigans between Beal and Wall and the 41-41 record from last season was only his fault. Yeah right!!! With Wittman out, the Wizards decided to sign Scott Brooks, a coach well known to the NBA world, and someone who led the Oklahoma City Thunder to its glory days in earlier seasons. Brooks was also elected as the coach of the year for the season 2009-2010. In his reign, Westbrook and Durant established themselves as the top NBA superstars, and he reached the NBA Finals and 3 conference finals in 4 years, during his time with the Thunder.

Regardless of the last season, the Wizards fans expect much better performances from their team this season. There are some names that surely may steal the show throughout the season. 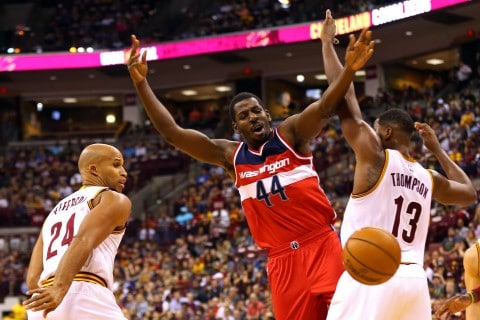 Nicholson showed during the preseason that he is in a great form!!!

Andrew Nicholson showed great potential as a rookie in 2012-2013. In 56 games last season, he averaged 6.9 points per game, 3.6 rebounds and 36% distance shooting, in only 14,7 minutes per game. Trey Burke, who is probably the star signing in the off season, was slowly becoming the black sheep on the Utah Jazz and was forced to look for a new team. 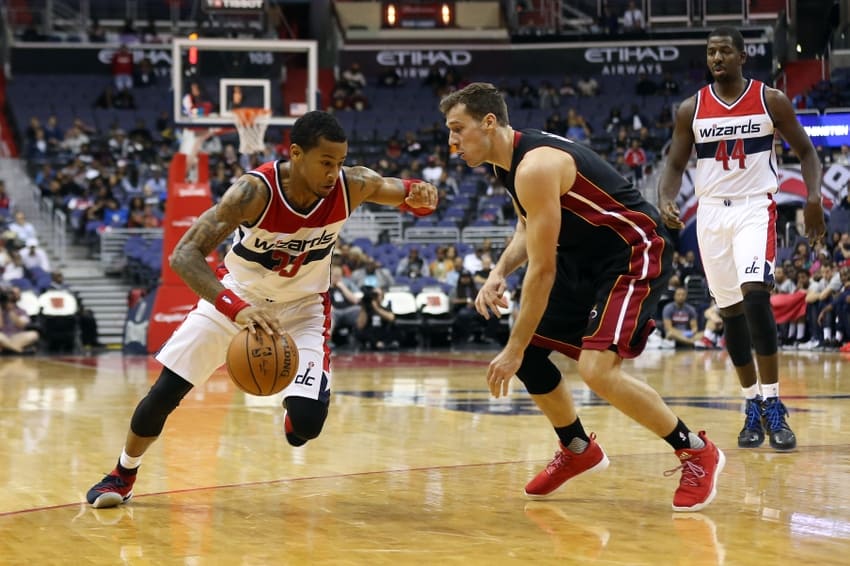 Washington Wizards guard Trey Burke will be a nice addition to the backcourt!!!

Wild card for this season may surely be Tomas Satoransky, a 2012 second-round pick. He played last couple of seasons in Barcelona, with an average of 10 points per game, 4.3 assists and 2.9 rebounds in 24 minutes per game. He will be a reserve for Bradley Beal, but can cover both guard positions equally good. Additionally, Ian Mahinmi was signed from the Indiana Pacers at the Center position, but he is definitely not that caliber of a player who could make a huge impact under the basket.

John Wall is definitely the leading player when it comes to overall ratings. His numbers have increased every year, so we can certainly expect that Wall will continue to improve. In 77 games last season, he was averaging 36.2 minutes per game, 19.9 points, 10.2 assists and 4.9 rebounds. It was an excellent personal achievement, with 49 double-doubles. However, considering the overall Wizards record, Wall can’t and should not be satisfied.

On the other hand, Bradley Beal, who at times can be a real pain in the guts, finally got what he wanted – the max. contract of 5 years for $128 mill. Only in the upcoming season Beal will earn $22,116,750. Personally I believe this was a ridiculous move, considering that he has missed more than 80 games in his first 4 yours in the NBA. Last season only, he played in 55 games with an average of 17.4 points per game, 3.4 rebounds, and 2.9 assists. So, as the highest player on the team, I expect him to be 100% ready and pump up the stats during the season, and play at least 75 games. 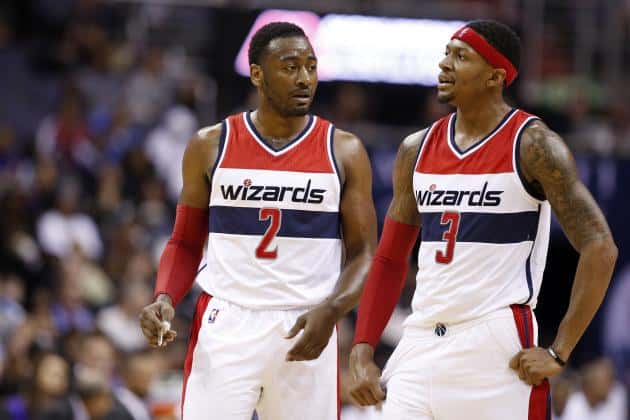 If Beal and Wall manage to stay focused on the teams performance, the Wizards could be a 40+ win team!!!

Despite all of their differences, when paired up together on the court, the two (Beal and Wall) are unstoppable. However, the question is if the two will find out a way to cooperate on the court. We all know that the last season was problematic mostly due to their personal quarrel-lings. If Beal and Wall put aside their egos, squash the beef and call truce, and turn to their talent, Wizards would surely be back on the tracks and run for the play-off spot this season. In their favor should work the fact that Scott Brooks is an expert in the field of working with younger players and getting the most out of their talents, which is something that might have a positive effect on Beal and Wall. 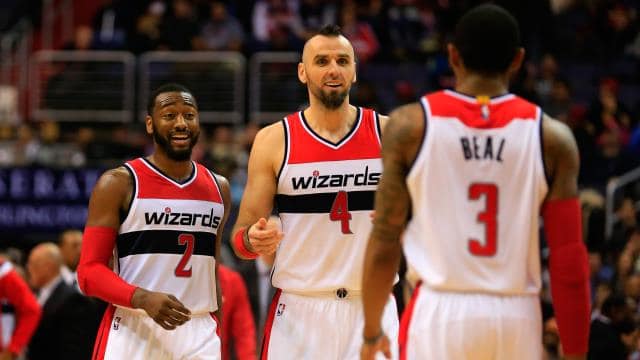 To summarize it all up, I must add that Scott Brooks might be the only good thing that happened to the Wizards this off-season. If he finds a way to bring Beal and Wall together on the same page, additionally helping some other guys to develop their game, the Wizards could be above the .500 this season, but honestly, I just don’t see them winning a playoff spot. I can see them finishing somewhere around the 10 spot, 5 games short of the 8th seed. They are simply too crowded on the guard positions, while in the paint they lack more strength. Their Wizards start their season with an away game against the Atlanta Hawks on Thursday.