Home
Basketball
Rockets-Heat Recap: Houston Limps Into All-Star Break While Miami Gets Back On Track

Rockets-Heat Recap: Houston Limps Into All-Star Break While Miami Gets Back On Track

The Houston Rockets hoped to turn their four-game winning streak with a win over the Miami Heat Wednesday night in front of a home crowd. They hoped they could match last season’s win total before the All-Star break. But Miami entered the game with hopes of their own. The last time they played Houston, they won, and then rattled off 12 more wins. Just like that, they went from being a cellar dweller to a team with legitimate playoff aspirations.

But Philadelphia ended the streak. They followed that game up with another loss, this time to Orlando. A win would give the Heat an opportunity to head into the break with a win and some positive momentum. 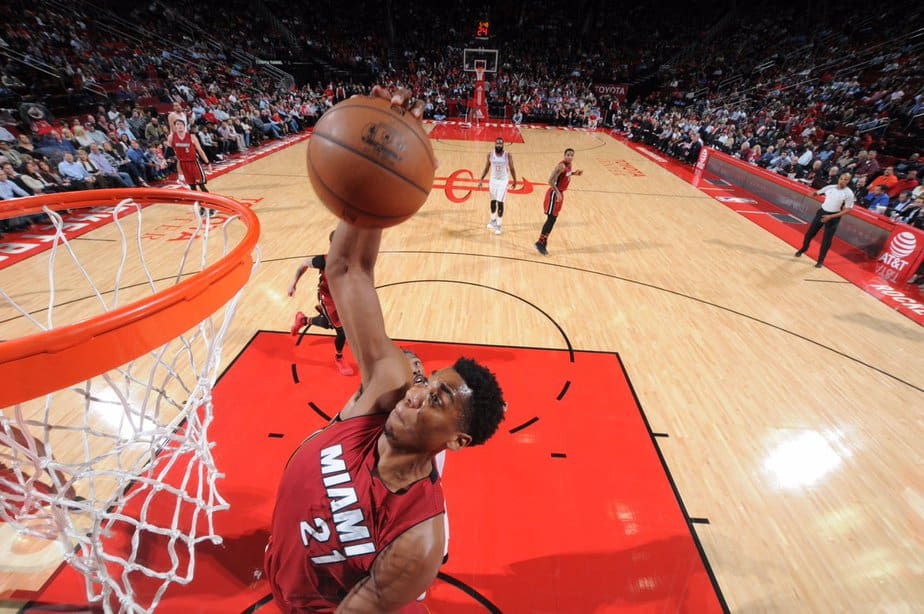 Only one team could get what they wanted—and the team that wanted it more did. As much as Houston fans may want to say their team wanted it more, they clearly didn’t.

The Heat came out hard and had little trouble finding open shots against Houston’s shoddy and half-hearted attempt at defense. They made 10 of their first 12 shots and usually had a selection of open shots from which to choose. But as hot as Miami shot in the first quarter (73.7 percent), they only took a six-point lead into the second quarter, 34-28.

As hot as they were to start the game, the Heat become ice cold in the second period making just 33.3 percent of their shots. However, thanks to a poor effort by Houston, they were able to record 11-second chance points, outscore an even colder Rockets team, and take a 58-45 lead into the halftime.

The Rockets fell behind by as much as 20-points in the third period but entered the final period down by 15 points, 88-73—when they finally started to play. They were able to close the gap, but never actually threatened. Eric Gordon got them as close as six points back, 115-109, with a three-pointer late in the quarter.

But there were only 25 seconds left, and the Rockets wouldn’t make another shot. Dion Waiters closed out the scoring with a pair of free throws to make the final score 117-109, Miami.

“We just didn’t shoot the 3s at all in the first half [they made just three of 14 attempts from behind the arc] and dug ourselves in a big hole,” Rockets coach Mike D’Antoni said. “Then everything has to go right, and you know, things don’t go right, then the game’s over. We’re going to have clunkers, and that was a clunker.”

James Harden led all scorers with 38-points on the night and also recorded 12 assists and 12 rebounds for his 15th triple-double of the season.

“We let a couple of games slip up, but we’ve got an opportunity for guys to get some rest and get their minds right and be ready to go for this push,” Harden said after the game.

Hassan Whiteside and Dion Waiters led the way for the Heat. Whiteside scored 23 points, pulled down 14 rebounds, and had five blocks on the night. Waiters made eight of 17 shots for 23 points to go with nine rebounds and seven assists. But the play of the night came after the game as Whiteside finished up his walk-off interview:

“If you’re going to take a side, believe in Whiteside.”

The Rockets will return to action next Thursday on the road against the New Orleans Pelicans. The Heat will also make their return on the road, but on Friday night against the Atlanta Hawks.