The 2016 season was looking like another banner year for Ohio State and their head coach, Urban Meyer. After returning only a handful of starters from last year’s squad, they were well on their way to earning a spot in the College Football Playoffs. They had an undefeated record heading into Saturday’s game against Penn State and had no reason to believe they would lose even though they were playing a good Penn State team on the road.

They were riding a streak of 20 straight road wins, and expected to make it 21. They believed they would send the 107,000 Nittany Lions fans home in a bad mood because their team had lost to them again.

They were wrong—and they have only themselves to blame for it. 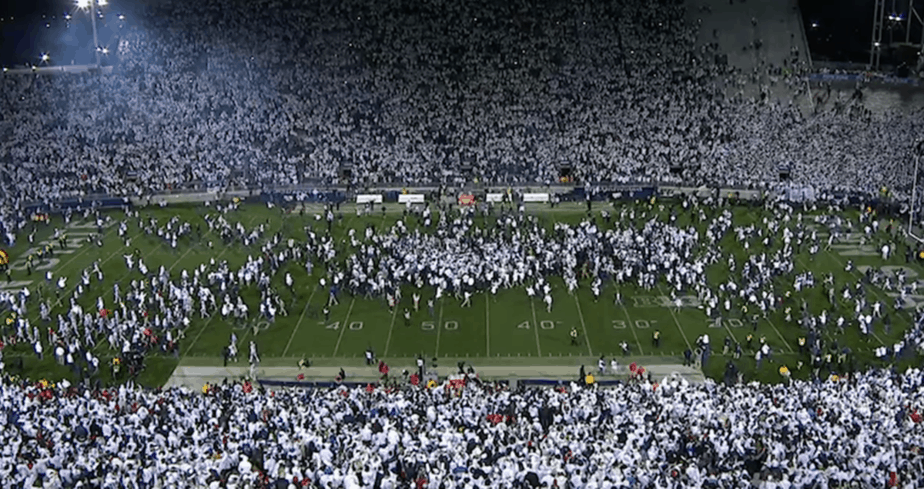 Some will look at how Ohio State was upset by Penn State 24-21, and say that it was luck; a fluke play that happens once in a lifetime. A blocked field goal attempt returned for a touchdown does qualify as a fluke play, but Ohio State should not have been in a position to lose because of it.

When you have the 12th ranked offense in the country, and you play the 52nd ranked defense, good things should happen. The No. 6 defense in the country should not have too much trouble against the No. 83 offense. You should be able to play your game; get the kind of results you have come to expect and go home a winner.

From a statistical standpoint, the game went as it should. Ohio State gained 413 yards to Penn State’s 276. The Nittany Lions were a dismal 2-13 on third downs, and quarterback Trace McSorley was only 8-23 on the night for 154 yards. Saquon Barkley had a good day on the ground (12 carries for 99 yards), and McSorley added another 63 on 19 carries, but the team only had a net gain of 122 yards on the ground (ESPN).

The one thing that can kill a team that outgains the other by such a wide margin—turnovers—wasn’t a factor. Ohio State didn’t have any. So what the heck happened?

Well—Ohio State didn’t finish Penn State off when they could have which gave Penn State the opportunity to steal a win thanks to a couple of big special teams plays.

With a 14-point lead in the fourth quarter, the Buckeye had the game won as long as they continued to play tough defense and could kill some clock with a couple of sustained drives—but they did neither. Penn State cut the deficit to seven with a five play, 90-yard drive highlighted by two 30+ yard plays.

Ohio State could have taken a lot of the wind out of Penn State’s sails with a time-consuming drive on their next possession, but instead gained three yards on three downs and had to punt—which Penn State blocked.

The defense did its job and held them to a field goal, but that meant the next drive would be a crucial one for the Ohio State offense. They had to do something—and it looked like they were going to. J.T. Barrett guided the Buckeye offense on a nice, time consuming (5:06) drive of 11-plays, but covered only 59 yards leaving them with a field goal attempt to push the lead back to seven (ESPN).

But then Marcus Allen blocked the attempt, and Grant Haley scooped it and ran it back 60-yards for the winning score.

With Penn State’s offense struggling in the first half, the Buckeyes had an opportunity to put the game away early but failed to get much offense going themselves. They didn’t take advantage of Penn State’s fumbled punt return (scored a field goal after getting the ball at the Penn State 38). Ohio State had great field position after the safety in the third quarter but ended up punting.

They had opportunities, but failed to capitalize—and now they will be forced to beat Michigan to make the College Football Playoffs.